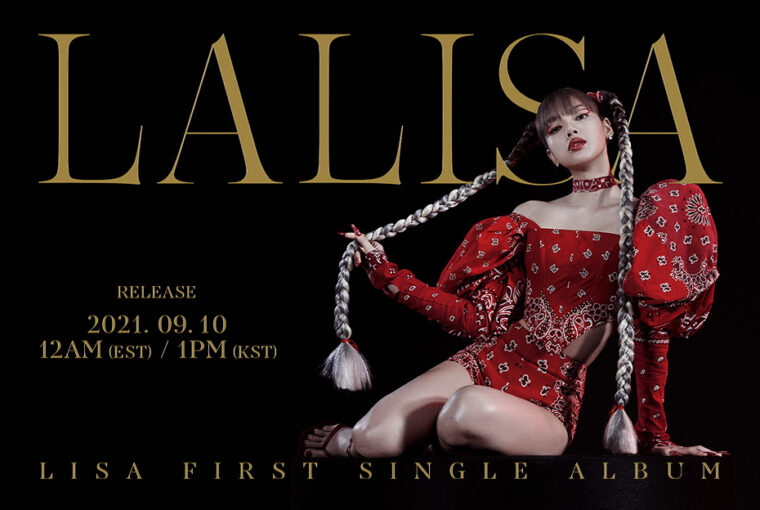 Back in mid-August, the official BLACKPINK Twitter account hinted at Lisa’s solo debut. It came with a blurry poster featuring the Thai rapper but her face was not visible. Nonetheless, BLINKs were convinced that Lisa’s visuals will be top-tier once again.

And Lisa did not disappoint.

The teaser poster for “Lalisa” featured the BLACKPINK main dancer in long pigtails and a flashy red outfit. She wears the same hair and outfit in the new visual teaser that hints at the storm she is about to stir up.

The first look is a nod to Lisa’s roots but the BLACKPINK main rapper is also eager to show off her glam side. The title poster for “Lalisa” is all about sleek black hair and blinged-up nails.

All the teasers for “Lalisa” are clearly a huge hit with BLINKs. YG Entertainment has just confirmed that Lisa’s single album has already reached 700,000 pre-orders since pre-orders began on August 26. The number is expected to go even higher as the album’s release date draws closer. For now, “Lalisa” holds the record for the highest number of pre-orders for a single album by a solo female artist.

Lisa is the third member of BLACKPINK to work on a solo effort. Jennie released her “SOLO” single back in November 2018 while Rosé dropped the emotional solo album “R” in March this year. Jisoo has not shared plans of releasing her own music but is busy with acting projects.

Lisa’s solo single album “Lalisa” will be available on CD, KiT, and vinyl. The album drops on September 10, 2021.