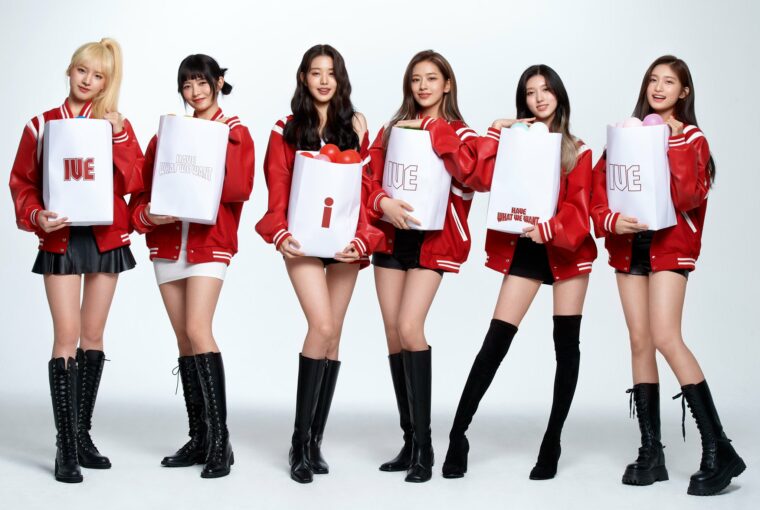 Is 2022 the year of monster girl group rookies? All indications point to the affirmative, and if we are to consider the first two groups that have been introduced to us in the last weeks of 2021 and the first weeks of 2022, then we are indeed in for one hell of a year.

Here’s a closer look at the two groups that are out to prove that 2022 is indeed the year of the girl group.

What we know so far: They have debuted! Armed with IZ*ONE center Wonyoung and visual Ahn Yujin, Starship Entertainment really banked on their trainees’ popularity thanks to Produce 48 and the resulting girl group IZ*ONE to propel their group to monster rookie levels. Well, this list will feature an all-monster rookie lineup, but IVE leads the pack because aside from the fact that they have already successfully debuted, they are supported by a company that knows its girl groups. Just ask SISTAR who had all their title tracks peaking at number 1 and Cosmic Girls who have the national New Year’s song, As You Wish.

And to say that the debut went well is quite an understatement because the girls proved that they do deserve their reputation as monster rookies.

According to Billboard’s chart ending on January 14th, Eleven entered the World Digital Song Sales chart at number 9 while also topping the Hot Trending Songs chart. The song also debuted on Billboard’s Japan Hot 100 chart and debuted at the top of the ‘Top User Generated Songs,’ with IVE entering the Artist 100 Chart as well. As for other charts, the single Eleven rose to 4th place on Spotify’s Viral Top 50 Chart and peaked at number 95 on the Global Top 200 Chart. The song also went on to become the most-streamed song on YouTube South Korea for five weeks while the group was chosen as the top cover artist on the music streaming platform Tidal’s K-pop Hits playlist.

The Korean music industry also acknowledged the power this rookie group has. In a January 2022 poll participated by 31 of the most popular music agency experts from different entertainment companies, IVE was selected as the most anticipated act of 2022.

How will they slay: The reputations of Yujin and Wonyoung have so far carried the group through rookie blues and Liz, Leeseo, Rei, and Gaeul proved that IVE will not just be one of those acts where one member carries the entire group’s popularity. We’ve seen that with their company-mates – SISTAR – who for a time was regarded as “Hyolyn and the Girls.” The same thing happened (and is still happening) to other groups like 4Minute, Gugudan, and LABOUM. By putting the spotlight on the other girls as well, the group should be able to surpass the high levels of popularity they are already enjoying currently as high-profile rookies.

What could make their star fall: Two things come to mind when talking about what could cause IVE’s downfall. One scenario is should the girls be made to feel that everything is only focused on Wonyoung or Yujin, then internal squabbles may start and the other members may start feeling uncomfortable to perform and be identified as IVE.

The other worst-case scenario rests ultimately on their company. If Starship suddenly mishandles IVE the way Pledis mishandled Pristine (and all their other groups except for Seventeen), then we can expect the group’s lifespan to dramatically shorten to debut and one comeback before disbandment. But then, with the company’s quite sterling record of handling screwups like Wonho and Shownu with Monsta X, SISTAR’s graceful disbandment, and the Chinese members’ lack of activities with WJSN, we believe that Starship would be incapable of conducting Pledis levels of talent mismanagement.

What we know so far: This is another group on our list that has already debuted! To think that this group is another product of an Mnet singing reality competition, which has seen better, scandal-free days, expectations have been controlled. After the manipulation scandal that apparently was present on all four seasons of the Produce series was exposed, it seems that Korean viewers may have gotten cautious about stan-ing another Mnet-produced group. But then, the music channel presented another twist with their latest offering, making it distinct so that hopefully, the audience can easily warm up to the new show without being reminded so much of the scandal-ridden Produce shows.

And in typical Mnet fashion, the new reality singing show they presented had a new element that hasn’t been seen before. While Produce 48 had almost half of the trainee contestants composed of Japanese trainees, Girls Planet 999 had Korean, Japanese, and Chinese-speaking (from China, Taiwan, and Hong Kong) trainees! How’s that for tapping into the largest market in the world? While there have been a number of trainee contestants from Chinese territories from Mnet-produced shows before (Yiren, Kyulkyung, Zhengting, and Justin in the Produce shows and Snowbaby and Tasha in Idol School), Girls Planet 999 would be the first time that the number of Japanese, Korean, and Chinese trainees would be equal at the start.

Since the show isn’t produced by the same team that has fallen from grace since the Produce vote rigging expose, the final resulting group, Kep1er, wasn’t really suspected of the same cheating scheme. But as with any other show produced by Mnet, many expressed their confusion over the final lineup. Out of the 9 slots that were open for the final group, only one Chinese contestant, Shen Xiaoting, got in and got the final spot when she spent most of the competition in the top ranks (she was ranked first in three out of the 7 ranking episodes, to be exact) . Only two Japanese contestants made it to the final group, which did not include another perennial topnotcher, Yurina. This allowed six Korean contestants to complete the lineup. Alas, there’s the issue of that one contestant who was weak throughout the competition but ended up getting a spot in the final group lineup. While Sohye, Hyewon, and Kuanlin were eventually accepted by fans because of the development they presented throughout the show and during their promotions in the group, Kep1er may have a bigger problem with their “problematic” member Huening Bahiyyih.

How will they slay:  They were originally scheduled to debut on December 14 and perform at the 2021 Mnet Asian Music Awards, but due to one of their staff members and later, Mashiro and Xiaoting testing postive for COVID-19, all activities had to be postponed. After the two members fully recovered, Kep1er finally released their debut EP First Impact with the title track Wa Da Da on January 3, 2022. Ten days after the EP’s release, the group won their first music program award on M Countdown.

It does look like Kep1er‘s debut can be considered a success. Their first EP, First Impact, peaked at number 1 in the Gaon Album Chart and has sold more than 300,000 copies. The six-track EP may have sold less than IVE‘s Eleven, but considering that Eleven is only a single album while First Impact is an EP, the difference isn’t that huge. Wa Da Da also charted lower than Eleven as it peaked only at #75 compared to Eleven‘s #2 peak, but it fared better in Japan by peaking at #9 compared to Eleven, which only managed to peak at #16 in the Billboard Japan Hot 100.

What could make their star fall: As of the moment, that haters are concentrating their efforts on one thing; one member to be exact – Huening Bahiyyih. As mentioned earlier, people are still not convinced that she deserves her spot in Kep1er. The skills she displays are not really at the same level as her groupmates who she outranked in the finals (she ranked second in the Girls Planet’s final episode). If we’re talking about beauty, a number of names have been forwarded by critics who say that Girl Planet contestants like Guinn Myah, Chen Hsinwei, and Yurina would have been better options compared to her. Even in their variety shows, people have commented on how Bahiyyih is coming up as dry and lackluster in terms of personality. Alas, with her beauty, skills, and personality all in question, people can’t help but point out that her popularity is only because she is the sister of TXT’s Huening Kai. People speculated that her brother’s fans may have power voted her to the final lineup, as she wasn’t actually in good standing during the show’s first five ranking episodes. It wasn’t until the second to the final episode when she became part of the nine-member lineup.

With the group joining Queendom 2, it is feared that the gap between the more experienced and senior groups and Kep1er may become more obvious, not to mention the gap between more experienced members Yeseo, Yujin, Hikaru, Dayeon, and Xiaoting and Bahiyyih. Thus, there’s no better platform for Bahiyyih to breakout and establish herself as a star member of Kep1er than Queendom 2.  Will Mnet do some magic in Queendom 2’s editing to give Bahiyyih the sob story angle that could possibly convert some fans to her side? Here’s hoping they can.

The question now is, are you ready for these groups to dominate the rest of the year?

The Great, the Mysterious, and the Sad Plight of Chinese Idols in K-Pop