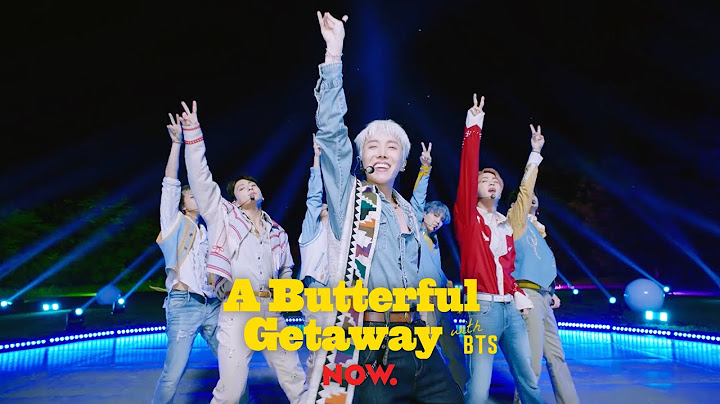 I’m sure you’ve come across a ton of dance challenges the moment you open your TikTok account. In the K-pop world, the trend has been used to the point of exhaustion for some people. But then, it wasn’t exactly like this. Let’s look book at arguably a couple of the earliest uses of TikTok to amplify a song and one that has proven to still be effective despite the fatigue a lot of users have with the trend.

‘Any Song’ by Zico

We cannot talk about K-pop songs that have gone viral on TikTok without mentioning the song that started it all – Zico‘s Any Song. It’s not actually that this song was the first to have ever exploded on the platform, but the way the song utilized TikTok to bump up its popularity was at that time, quite new. Zico does not usually go to variety shows or promote his songs on music shows, so bringing his singles onto public consciousness solely depends on his reputation for releasing bops. Everybody knows that any Zico song would be a hit.

However, the rapper did not leave anything to chance this time, as Any Song would be one of his last songs before his military enlistment last year. Thus, the marketing minds of KOZ Entertainment (which he is also CEO of) thought to use the power of this emerging social media platform to their advantage. So, they had a video of their CEO singing his song and doing the choreography with some of the biggest names in K-pop and posting them on his TikTok account.

TikTok-verse caught on the craze of the song’s choreography, which was usually done in pairs as Zico did with his first two guests, MAMAMOO‘s Hwasa and Chungha. The song was already a hit, with its release very well-timed as it only had to battle on the charts with one other major release – Red Velvet‘s Psycho. However, its virality was aided a million times with what then became the #AnySongChallenge.

The trend became THE thing that even celebrities who meet Zico by chance posted themselves dancing with him on their own social media accounts. For example, 2NE1‘s Dara, who only met Zico at their common hairdresser’s, also did the challenge and posted the video on her Instagram. Ultimately, the TikTok craze spread to other social media platforms, with dancing pairs doing the Any Song choreography and posting their videos on their personal accounts. Since then, the song itself has also been used in the background of other TikTok videos, even those that do not involve people doing the dance challenge.

If two songs that charted well were not enough to prove to the public that then-9-year-old girl group Apink had a successful change of image from teenybopper tweetums (from Mollayo to Five) to sophisticated elegance, the group released the third song in April 2020 to complete this trinity of “Apink is all grown-up” songs. And just like the group’s two previous releases, the song was successful in reminding the public that Apink has successfully transitioned to being more adult. Both the EP Look and the single Dumhdurum peaked at number 2 in the Gaon album and download charts, so it goes without saying the song was a hit.

The song itself was a huge departure from the usual Apink fare. For one, lead vocal Namjoo opened the song, a responsibility that maknae Hayoung usually carries. Then, you can hear main vocalist Eunji spit lines in almost-rap cadence in the chorus. And things only got better with the song’s music video and live stages. The unique choreography of the song on its first 30 seconds alone had people trying it out for themselves, because why not? That’s what social media is for, isn’t it? To show to the world your skills in copying K-pop choreography less than a day after the live stage and dance practice videos are released?

So, there’s this move when visual goddess Naeun sings her part in the first stanza, which has been referred to as “illusion choreography”. It is when Naeun combines her arms with Bomi, who until then was behind her. Their arms get tangled, then she’s free the moment she finishes her line. It got TikTokers so confused that they did the only thing they could do whenever they get confused with something – make a video out of it. Netizens shared clips demystifying the dance that reminded a lot of people of childhood games where kids tie their limbs in confusing knots.

Alas, with success, is a bit of controversy ever far behind? A couple of  TikTokers posted a video of them doing the illusion choreography and not crediting the group or the choreography studio Freemind. When the Pink Pandas came out in full force in the video’s comments section, it was first turned off. Then, the post was taken down. After a couple of days, the video was re-posted with credits to Apink with a disclaimer that they didn’t know that it was a K-pop video.

‘Permission to Dance’ by BTS

Any K-pop list these days won’t be complete without mentioning THE group of the moment year century, BTS. When the group’s third all-English single Permission to Dance came out, TikTok was already rife with a gazillion dance challenges, but obviously, there would always be room for RM and the group. After all, the music video for the song featured seemingly ordinary people dancing and performing sign language moves to the song, so it was practically a TikTok challenge waiting to happen.

The HYBE marketing team wasted no time and collaborated with YouTube in issuing the #PermissiontoDanceChallenege. As with anything BTS-related, the trend spread outside the video-sharing website and reached other platforms, where ARMYs posted videos of them dancing to the song and posting them on TikTok. The challenge went full steam ahead with everyone from self-professed ARMYs to K-pop idols and even international celebrities joining the craze. Everyone from medical front liners to senior citizens and neighborhood ladies who miss their zumba group sessions and even the likes of Elton John rose up to the challenge.

Inevitably, the song’s profile rose (well, come to think of it, anything BTS-related is bound to explode) and it peaked at number 1 in Billboard’s Hot 100 Charts. Back home, Permission to Dance won the group eight music show trophies and the song peaked at #3 in the Gaon Singles Charts.

🎶When the nights get colder, And the rhythms got you falling behind 🎶 @BTS_twt #permissiontodance pic.twitter.com/3pDhkOiY35

Now, almost every song released by idol groups would most likely have a TikTok challenge to accompany its release. Nothing beats organic popularity, of course, but if TikTok virality works, then who are we to stop its use in promoting the latest releases of our favorites?

The Rise, Fall, and Weird Future of MOMOLAND