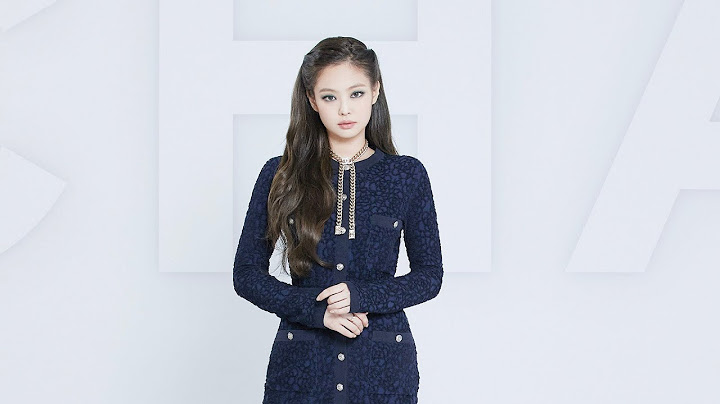 The Hallyu wave isn’t just limited to K-pop and K-dramas anymore. K-pop has gained massive popularity and grown its influence in the last few years, and many are standing up to take notice—including the fashion industry.

Today, K-pop acts are dominating the global music scene—from BTS to Blackpink, EXO to Twice, and more—breaking records and capturing the hearts of fans everywhere. Not only are these extremely talented and gorgeous artists crushing records and topping music charts; they’re also smashing the proverbial glass ceiling of beauty and fashion.

K-pop stars are now among the world’s biggest influencers. Their huge fanbases and social media following has helped brands reach a wider, more diverse audience and boost the sales of luxury goods.

For example, the four members of Blackpink alone have a combined 205 million followers across their individual Instagram accounts as of September 21, 2021. Lisa has 60.1 million followers, followed by Jennie with 51.7 million, Rosé with 46.7 million, and Jisoo with 46.5 million.

The Kai x Gucci capsule collection sold out quick after its launch earlier this year. And BTS’ Louis Vuitton outfits ran out of stock almost immediately after their most recent airport photos came out online, proving that idols’ popularity and global reach do wonders for brands and the industry as a whole.

Rolling out the red carpet for K-pop’s biggest stars

Bigbang’s G-Dragon, one of K-pop’s original fashionistas, paved the way for idols to discover and explore their own styles. The K-pop legend has always been a style icon in South Korea, with his bold, brave, and experimental take on fashion. But his appearance at the Chanel show at Paris Fashion Week in 2015 and his appointment as a brand ambassador for Chanel cemented his spot among the upper echelons in the world of haute couture.

Since then, Korean celebrities, especially idols, have become ambassadors for various luxury brands. They have also started to grace runways and red carpets. Two years ago, Winner’s Mino walked the Louis Vuitton Spring/Summer 2020 show. And just this September, the Baddest Female CL and Blackpink’s main vocalist Rosé made a splash on their MET Gala debut.

The fashion world has, indeed, embraced K-pop stars wholeheartedly. Here are some of the global fashion and beauty houses that have tapped our favorite idols to be their brand ambassadors:

Global superstars BTS became the Louis Vuitton house ambassadors in April this year. All seven members made their debut as models in a stark, futuristic fashion film that also showcased their individual styles.

EXO’s Kai first made his presence known when he attended Gucci shows as one of the fashion house’s brand ambassadors. In 2019, he was appointed as the first Korean male global ambassador for Gucci Eyewear. Just two years later, Kai would release his very own capsule collection with the brand. Kai also represents cosmetics brand Bobbi Brown as its first male muse.

Kai was also recently named the global ambassador for the 2022 S/S Seoul Fashion Week, to be held online from October 7 to 15, 2021.

IU is one of the most sought-after celebrities in South Korea, and Gucci has fallen for her charms. Just like Kai, IU is also a Gucci ambassador. She signed on with the brand in February last year.

IU most recently starred in the brand’s Beloved campaign.

Bigbang’s leader has been loved by Chanel for years; he’s been a house ambassador since 2017. His style continues to inspire everyone, from fellow idols to VIPs around the world.

Watch G-Dragon with his fellow house ambassadors in the teaser video for the Chanel Fall/Winter 2021/22 Ready-to-Wear virtual show:

Plus, the rapper talks about the one piece he would love to get for himself from the Chanel Spring/Summer 2021 Ready-to-Wear show in the video below:

Blinks have affectionately dubbed Jennie as the “Human Chanel”—and it’s easy to see why. She has been a house ambassador for the brand since 2018, and the brand’s classic, feminine style perfectly matches the idol’s image.

Listen to Jennie as she shares her thoughts on Chanel’s Spring/Summer 2021 Ready-to-Wear show:

More recently, the star made a stunning debut in the Calvin Klein Fall 2021 campaign.

SM labelmates Chanyeol and Irene were both appointed as brand ambassadors for Prada in 2020. Both idols showed off their stunning visuals while decked out in the house’s designs.

Hyuna’s sexy, daring, and charismatic style has not escaped the attention of Spanish fashion house Loewe. The brand introduced the “I’m Not Cool” singer as their newest global ambassador in July.

Dior appointed Blackpink’s Jisoo as its global ambassador for fashion and beauty earlier this year. Watch Jisoo try out the latest pieces from the brand’s Cruise 2022 collection before settling in to watch the virtual show in the video below:

And, EXO’s Sehun shows off his stunning visuals as the face of Dior Men.

Rosé has been Saint Laurent’s muse since 2020. In one of her first shoots with the brand, she modeled key pieces from the Fall/Winter 2020 collection. Watch the chic clip below:

The “On the Ground” singer also became a brand ambassador for jewelry brand Tiffany & Co this year.

Blackpink Lisa for Celine and MAC

The Thai superstar is also the face of MAC Cosmetics. Watch Lisa as she shows her MAC must-haves in the video below:

Red Velvet’s main dancer Seulgi is loved by fans, not only in South Korea but all over the world. But this multi-talented idol is also loved by Italian fashion brand Salvatore Ferragamo! Seulgi’s unique personal style, passion, and creativity led the brand to tap the star as their new global ambassador.

Rookie group Aespa, with their breathtaking visuals and unique avatar concept, has caught the attention of French luxury brand Givenchy. In February 2021, the brand announced Aespa as their newest global ambassador.

The K-pop and haute couture crossover isn’t just a passing fancy. As idols continue to gain popularity in and out of South Korea, global luxury brands and K-pop stars will continue to make beautiful music together for a long time.