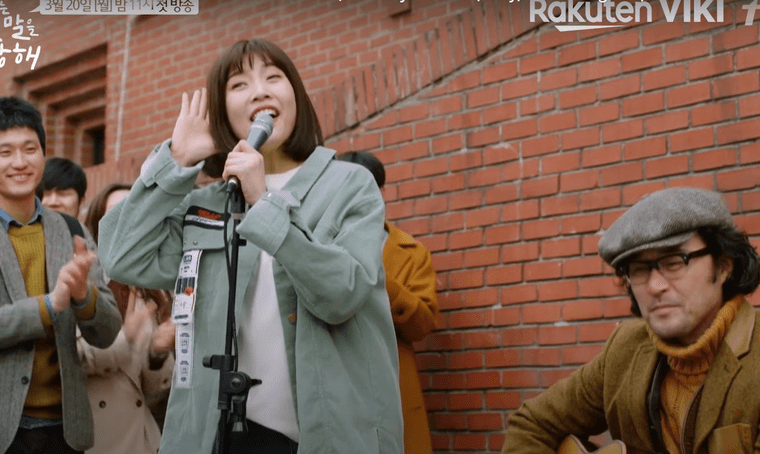 Oh, to be a K-pop idol! You have the adoration of fans all over the world, always primmed with the best fashion, hair, and make-up, and presented with countless opportunities in the entertainment industry. Unfortunately, viewers and netizens may have noticed some of these idols are undeserving of the acting opportunities given to them. Some of the reasons for this “hatred” include these idol-actors just not having any acting talent at all. Most of them seem to be only relying on their looks and popularity to prop up the profile of the shows they’re part of.  Let’s check out the three idols-turned-actors who have been bitten by the acting bug but have gotten unfavorable reviews for their effort.

The criticism: He has a weak voice, he is known for being an actor with “ham facial expressions” that produce cringe-worthy reactions with furrowed or raised eyebrows, flared nostrils, and overall exaggerated expressions. It does not help that most of the roles he has had for his dramas restrict him as someone who is blessed with facial beauty. For someone who has acted in shows such as My ID is Gangnam Beauty and True Beauty, it is quite obvious that the ASTRO member long regarded as a Face Genius can be quite limiting, even for the most talented of actors.

#2021KDramaGue
True Beauty. On going drama just finished yesterday. I really enjoy it, the cast, storyline and the humors that build around it. Cha Eun Wo, oh my ♥️😍💯

Signs of redemption: A lot of netizens (the same group of people who have criticized the idol-actor in the past) have seen remarkable improvement with Eunwoo’s acting in his latest offering, the 2020-2021 drama True Beauty. They have noted two things: Less hammy facial expressions than what was seen in Rookie Historian Goo Hae-ryung and more natural acting.

What the idol needs to do: Eunwoo needs to challenge himself if he’s that serious about making acting an alternative career. After all, ASTRO will have to face and hopefully beat the 7-year curse of idol groups next year. So, if things with ASTRO don’t go smoothly as hoped for, he may venture into full-time acting, which means he may be presented with the possibility of doing more challenging and meatier roles. That should be great for Eunwoo, who may want the opportunity to display his acting chops and chuck his current image of being just another pretty face out the window. He has already been exposed to the world of television with supporting and leading roles in four programs already, plus he is set to debut in the movies with the yet-to-be-released Decibel, so a more discriminating taste in selecting his next roles will be important if he wants to be taken seriously as an actor.

The criticism: Joy has been the female lead of two dramas already –  2017’s s The Liar and His Lover and 2018’s Tempted. The acting major from the School of Performing Arts has been criticized for both appearances. Many had expressed skepticism when Joy accepted both lead parts and unfortunately, their disappointment was only encouraged when they watched both series. Comments ranged from Joy simply not being a good actress with her facial expression, gestures, and diction are supposedly unnatural and “painful to watch” to “Wow I can just tell from the photos that she sucks at acting. This needs to be investigated”, and “This is why you need to go to a major agency. They get you in variety shows and drama in any way they can”.

Sings of redemption: Joy is set to headline another drama, Only One Person with Prison Playbook’s Kim Kyungnam and Hospital Playtlist’s Ahn Eunjin which is supposed to be released before the year ends. Let us hope for this drama with a sterling cast to usher Joy to levels of better acting.

What the idol needs to do: At this time, Joy can still afford one more bomb performance before being dismissed outright as an acting black hole. This is why Only One Person needs to work. Otherwise, if she is bent on continuing her acting career, acting classes maybe must be in the offing.

The criticism: After bandmate Baekhyun got flack for subpar acting in Moon Lovers: Scarlet Heart Ryeo while main vocal D.O received praises for his appearances in movies and TV series, it has been the group’s leader Suho who has been at the receiving end of a lot of criticism in his acting performances both on TV and the movies. For his latest drama, How Are U Bread, where he played a magical baker the vitriol against the idol was at an all-time high, with comments such as “Why does SM keep sticking idols into acting? I wouldn’t mind if they start from small roles but they’re taking lead roles when they can’t even act” and “If you’re going to claim this is a troll post, he has to be a good actor. It’s a fact that he’s a terrible actor but we can’t criticize his acting?” receiving support and agreement among K-netizens. Suho, like Eunwoo, is cursed with breathtakingly perfect visuals, which may be a handicap for actors who may need to look imperfect to suit their “everyday man” roles.

Signs of redemption: None yet, as Suho is currently finishing his mandatory military service.

What the idol needs to do: Suho needs to shy away from the pretty boy and overly glamorized roles. He can’t help it if he looks the way he does, but It can be jarring to see perfect-looking idols portraying perfect-looking people in TV shows. If D.O can portray a blind athlete, a prince, and a North Korean POW all in the same degree of effectiveness, I am sure Suho can as well. He just has to be on the lookout for better-written characters who don’t rely on their looks to keep the story interesting.

To be honest, it’s not like these idols are going to disappear from k-dramas, especially if they still attract a following that show producers and TV stations would definitely not say no to. So, let’s just hope for these three to get their acting chops sharpened real soon!

Featured Image: Screenshot from The Liar and The Lover trailer.

Turning Up the Charm with Animated K-pop Music Videos