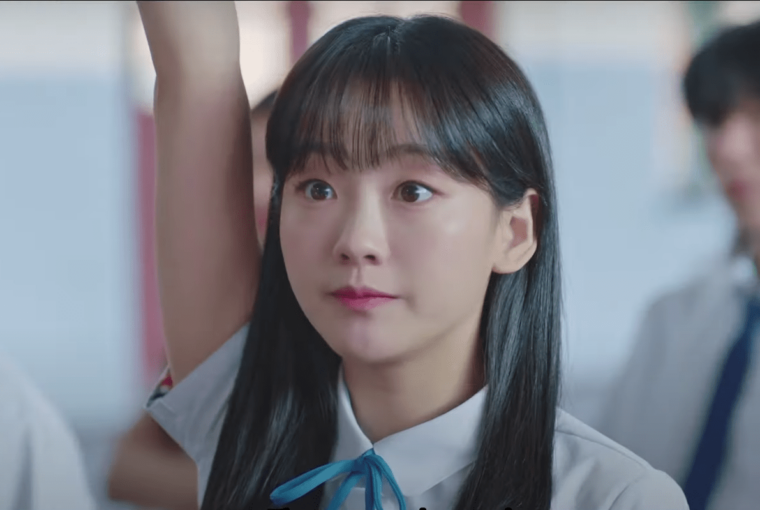 We may have heard a lot of news about these dramas, including casting updates, the dropping of stills and teasers, but for the longest time, we have not been informed of confirmed dates for their release.

Now, we have gathered the latest updates about three web and TV shows that will feature some of your favorite idols, so without further ado, here they are:

Scheduled to premiere on October 27 on Naver TV Cast

What’s it about: A lot of us K-drama followers are surely hard to please! We constantly complain that a majority of the content we see is not that relatable. If most dramas are about fantastical characters with superpowers like Goblin or A Korean Odyssey, we complain. If we get a suspense drama about how the 1% of society live, such as the Penthouse series or SKY Castle, we still complain. When we have period dramas like 100 Days My Prince or Mr. Queen, we still have something to say about the content being too foreign and irrelevant. Finally, when we have shows about celebrities like The Producers or Touch Your Heart, we still have an issue or two.

So alas, we are starting off this list with something most of us can surely relate to – an office drama! Heartbeat Broadcasting Accident is a web drama set in an office that will surely be relatable to a lot of us since it is about unrequited love (who can’t relate to fluttering hearts the first time we meet an attractive officemate?), influencer rivals (there’s always competition on who gets the boss’ approval, after all), and a love triangle (because it is sometimes inevitable that attraction breeds in the small circle of office teams)

Who’s in it? The web drama features SF9’s ZuHo, Lim Nayoung, Lee Hyunjoo, and Jung Mingyu.  ZuHo proves that all (or at least, a majority of SF9) members can act and pursue careers outside of their group. So, it’s not just Rowon and Chani who get to display their acting chops, as in this show, he will essay the role of Cha Seonwoo, a first planning team leader at “Sherry Shop” and has good looks and top skills and competes with a male colleague for the affections of a female officemate.

The drama is set to premiere in September

Lim Nayoung, former I.O.I and Pristin leader, seems to be intent on proving herself as an actress since her group’s disbandment and leaving her former talent agency, Pledis Entertainment. Debuting in the acting world with the acclaimed drama Flower of Evil, she has since appeared in the web drama Summer Guys with bandmate Kang Mina and the KBS idol drama Imitation, which also starred ZuHo’s bandmate Chani. Nayoung will be the leading lady of the drama, playing Yoon Yiseo, a social media influencer who has to keep an office job to make ends meet. She meets childhood friend Seonwoo in Sherry Shop, though she has also noticed another male officemate.

Second leads include Lee Hyunjoo, formerly of the girl group April, who plays Yura, Yiseo’s rival in many aspects – online, in Sherry Shop, and for Seonwoo’s affections. There’s also model-turned-actor Jung Mingyu, who as Kwon Hyuck, also works in Sherry Shop and will battle it out with Seonwoo for Yoon Yiseo’s heart.

Scheduled to premiere on November 8 on JTBC

Speaking of Lim Nayoung, after Pristin was disbanded, she moved to Sublime Artist Agency, where she is now pursuing an acting career. The agency is also home to former idols who have opted to diversify or shift their careers to include acting, such as Yerin formerly of GFriend, Youngjae of GOT7, and Ahn Heeyeon, or more known to us as Hani of EXID. Hani has dabbled a lot in acting since leaving Banana Culture, EXID’s agency, having bagged roles in web and TV dramas such as XX, The Spies Who Loved Me, SF8, Not Yet 30, and You Raise Me Up. Next for her is this idol drama, Idol: The Coup, which coincidentally is also similar to Nayoung’s previous drama, Imitation, in the sense that both are shows about the triumphs and struggles of idol groups.

Idol: the Coup is a story of an idol group that is on the brink of disbandment because of its unpopularity. Just like most idol groups these days, the fate of the band ultimately depends on a breakout hit that may possibly save them and bring them back to public attention. Us fans are too familiar with this scenario, as we’ve witnessed groups that have been on the brink of getting dismissed and it just took one viral hit to change public perception. There’s Brave Girls with Rollin’, LABOUM with Journey to Atlantis, and EXID with that viral Up and Down fancam that featured none other than Hani!

Alas, this drama’s story is also quite familiar with its actors because aside from Hani, who plays the leader of the fictional struggling group Cotton Candy, the other members include Exy of the Cosmic Girls (WJSN) and Solbin of LABOUM. Suffice to say these actor-idols will be acting from experience, indeed. The drama also includes Han Soeun and Green (of the group REDSQUARE) as the other members of Cotton Candy, Produce X 101 alumnus Kim Minkyu as Seo Jihan, the leader and main vocalist of Mars, a popular K-pop boy group that has an opposite fate as their labelmates Cotton Candy. There also may be a love angle between the leaders of the two groups.

Other members of the cast include Kwak Siyang as Cha Jaehyeok, the CEO of Starpeace Entertainment, the agency of both Mars and Cotton Candy, Lee Youjin as Piyon, a genius producer who exclusively provides songs to Starpeace Entertainment talents, and the other members of Mars, which also include real-life idols such as Hong Eunki (formerly of RAINZ and also a Produce 101 X contestant), Lee Eunsang (who was also with Eunki and Minkyu in PD101X and became a member of X1), and actors Baek Seohoo and Jo Joonyoung.

Teasers of the drama have already been released on JTBC’s YouTube channel, which show a lot of the cast members in heavy drama scenes. Looks like the idol actors don’t have to work that hard to be reminded of the struggles they had in their careers as idol group members.

Premiering on November 17 on KBS2

I’m sure most, if not all of us, have at the very least heard of an installment of the School drama series. After all, there have been eight (you read that right, e-i-g-h-t) of them released, with the first one coming out in 1999. A lot of established actors have been a part of the franchise, including Bae Doona (School 1), Lee Dongwook (School 2 and 3), Jo Insung (School 3), Gong Yoo (School 4), Kim Woobin (School 2013), Kim Sohyun (School 2015), Nam Joohyuk (School 2015), and Kum Junghyun (School 2017). BtoB’s Sungjae and former Gugudan center and I.O.I main vocalist Kim Sejeong also have School 2015 and 2017, respectively, as part of their acting credentials.

A new batch of relative acting rookies will be introduced in this year’s School 2021, which was actually supposed to be School 2020 had the pandemic not delayed production of the show.  As with the other earlier editions of the drama, this 2021 version still follows the life and growth of students, with a twist. This time, the show will be set in a vocational high school and will star feature ex-X1 center Kim Yohan, Choo Youngwoo, and Cho Yihyun.

Gong Kijoon (Yohan) used to be a taekwondo player and has played in national compet9tiojn when he suddenly had incurred a serious ankle injury. With his father’s business going bankrupt, Kijoon wanted to reverse his family’s misfortunes by quitting taekwondo and entering a vocational high school so he could be employed fast. Enter Jin Jiwon, his first love, who wants to become a carpenter and is already enrolled in the vocational school. There’s also Jung Youngjoo, a transfer student who has a connection to Kijoon’s past.

The other students in the drama include Kim Kangmin who plays Ji Hosung, a student who is always changing his plans on what he wants to become in the future and becomes Kijoon’s friend. There’s also Hwang Boreum Byeol who plays Kang Seoyoung, a high achieving student focused on making it to one of the five top universities in Korea and maybe cold and uncaring because of her ambition.

What do you think of these dramas?