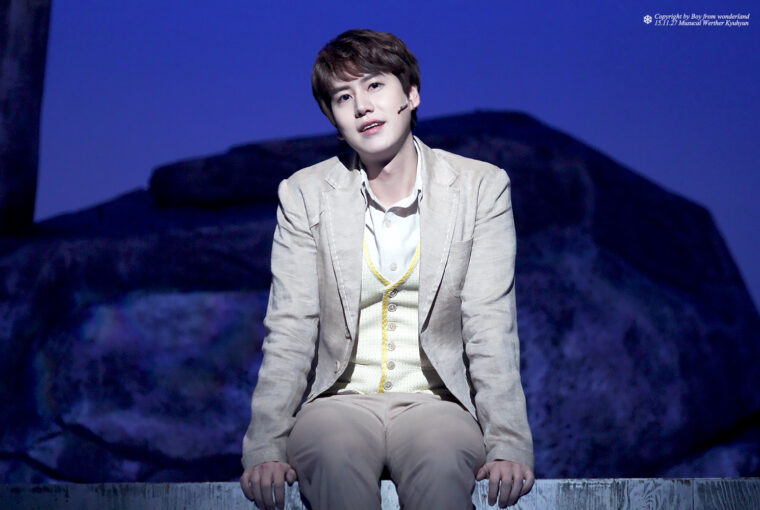 K-Pop idols are not just insanely talented in singing and dancing; they also have sharp wits and perfect comedic timing, which make them perfect for variety shows!

In need of a good laugh? Here are five Korean variety shows you can watch that feature male idols as fixed cast members:

Knowing Brothers is one of the most popular variety shows in South Korea today. This hilarious show is set in a classroom, and the fixed cast—TV show host and former ssireum (Korean wrestling) athlete Kang Hodong, comedians Lee Sugeun and Kim Youngchul, former basketball player Seo Janghoon, and singers Lee Sangmin, Kim Heechul, and Min Kyunghoon—are the students. Every week, “transfer students” guest on the show and are interviewed by the cast. The guests also participate in activities such as games and skits.

Where to watch: Netflix

Travel-reality show New Journey to the West is inspired by the Chinese novel Journey to the West, and stars Kang Hodong, Lee Sugeun, singer Eun Jiwon, actor Ahn Jaehyun, and Kyuhyun, Mino, and P.O. For each season, the cast members dress up as different characters, go on a trip, and complete various missions to receive dragon balls that will grant their wishes.

Where to watch: Viu, TvN D ENT channel on YouTube

2 Days and 1 Night is one of South Korea’s longest-running travel reality-variety shows. In the program, the cast members go on an overnight trip around the country and play creative games to earn rewards (ex. food and indoor sleeping accommodation) and avoid punishment (ex. going into the water in winter). The show is currently on its fourth season, and stars singer-comedian Kim Jongmin, actor Yoon Junghoon, comedian Moon Seyoon, actor Kim Seonho, rapper Dindin, and VIXX’s Ravi.

K-pop idols get to showcase their unique talents, play games, and share interesting facts about themselves in Weekly Idol. The show is popular for its classic “Random Play Dance” and “2x Speed Dance” segments. The current season is hosted by Super Junior’s Eunhyuk and ZE:A’s Kwanghee—two idols who have also made a name for themselves as excellent TV show MCs.

Where to watch: Viki, All the K-Pop channel on YouTube

Each episode features a market from South Korea and its representative food. In the show, the fixed cast and the guests need to write down the correct lyrics to various songs to win and be able to enjoy the food.