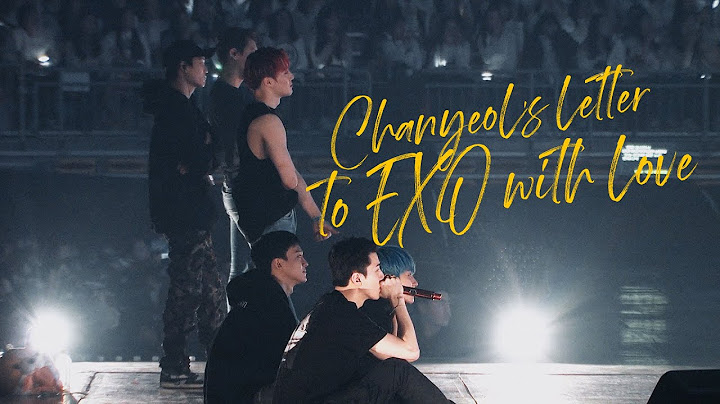 We’re always on the lookout for fresh content from our idols—anything from music show performances to variety show appearances. But in the last few years, we have seen idols open their own YouTube channels, giving us a new opportunity to see our idols living their lives away from the stage.

Some idols open their own channels to post song covers, and several grab the chance to better showcase other aspects of their personalities. But above all, K-pop idols use the platform to better connect with fans.

Take a look at the personal YouTube channels of these male K-pop idols and click that subscribe button so you can catch up with their daily lives!

iKon’s Chanwoo posts a variety of content on his Chanwoo Sari channel for iKONICS to enjoy! From food reviews to gaming to car interviews, there’s a lot of stuff for fans to indulge in.

Bigbang’s Daesung tried to make his YouTube channel D’splay as anonymous as possible, but there’s no hiding from VIPs! In his channel, Daesung uploads drum covers of K-pop and western songs. He has also recently started uploading vlogs of his daily life and activities.

Watch his drum cover of Take My Breath by The Weeknd:

Want to wind down and relax after a long day? Head over to VIXX N’s channel, Today’s Record, to watch soothing videos that give Starlights a glimpse of the idol-actor’s daily life.

Watch N as he drives around Korea for his drama Mine:

On the other hand, main vocal Ken’s YouTube channel, ! Ken Do !t, is rife with bright and cheerful energy! In his channel, the idol and musical actor posts song covers, mukbang videos, backstage footage from his musicals, and more.

Ken is still serving in the military, but his pre-filmed content is uploaded regularly on the channel. Watch his hilarious—and on point!—cover of Into the Unknown from Frozen 2:

Main rapper Ravi is the latest VIXX member to become a YouTuber—and one of the latest idols to join the platform. He opened his YouTube channel just this September! Aside from video and audio clips of his music, Ravi has also posted a teaser video of what Starlights can expect! Looks like fans can look forward to the idol showing the singer, variety show star, record producer, and record label boss sides of himself, so make sure to subscribe and turn on the notifications!

VIXX’s maknae Hyuk only recently launched his YouTube channel H:Life. The idol posts vlogs about his daily life and work. In his first few videos, though, he never showed his face—but a lot of Starlights easily figured out his secret. On the 100-day anniversary of his channel, Hyuk finally revealed himself! Fingers crossed for English subtitles to be added soon for international fans!

Day6’s Jae also runs his own YouTube channel. Initially, the channel was called Jaesix, and he posted videos of him interviewing and playing games with fellow idols, as well as his a-day-in-the-life vlogs. More recently, renamed the channel to eaJ. The latest posts are now the singer-songwriter’s self-written tracks.

GOT7’s Jay B launched his channel in February 2021 as a way to communicate with his fans. His initial uploads were the songs from his mixtapes. But just last August, Jay B uploaded his first vlog—so make sure to hit that subscribe button so you don’t miss future updates!

Baekhyun’s KyungTube contains vlogs, behind the scenes footage of album recordings and music video shoots, ASMR and mukbang videos, and more. Before he left for his military enlistment, he pre-filmed lots of content to be released regularly, and it looks like he’s keeping his promise!

For the EXO fan club’s anniversary, Baekhyun uploaded a video of him preparing a rainbow cake to greet EXO-Ls a happy birthday:

If you’re missing Chen’s soothing vocals, make sure to check out his YouTube channel. Aside from his solo songs and OSTs, he also covers songs from other artists.

Chen hasn’t uploaded any videos recently, but you can still get your fill of his amazing covers such as his rendition of Breath by Park Hyo Shin:

Chanyeol’s Studio NNG documents the idol’s life as he goes to recording sessions with his bandmates and collaborators, tries out baking, and builds a bar in his studio. There’s also behind-the-scenes footage from music video filming, and backstage videos from music show performances.

EXO’s only Chinese member, Lay, also has his own channel! Subscribe to Lay Zhang so you watch his amazing dance performances, cinematic music videos, and more!

We know this is nowhere near a full list because more and more idols open their own channels every day. But in any case, fans everywhere are delighted to see their idols show off their unique talents and fun personalities on YouTube! Who’s your favorite male idol YouTuber?

For your listening pleasure: I Say Mamamoo: The Best