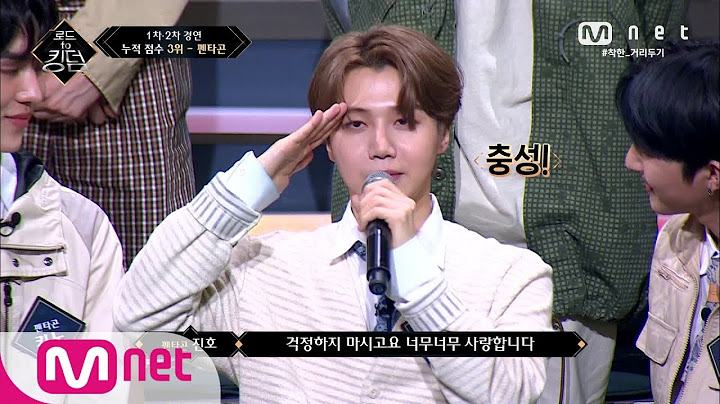 Mnet's Road to Kingdom was a memorable enlistment send off for Jinho. Photo: Mnet K-POP/YouTube

“Jinho, who joined the army as an active-duty soldier in 2020, will be discharged from the military on November 14 without returning to the unit after his last vacation in accordance with the Ministry of National Defence’s guidelines to prevent the spread of COVID-19,” the statement read.

“We extend our sincere gratitude to the fans who have been patiently waiting for a long time,” it continued. “Please continue to support his activities after his military discharge.”

Jo Jinho enlisted into military service on May 11, 2020. Before his enlistment, the PENTAGON vocalist shared “I’m Here”, a self-composed song dedicated to UNIVERSEs and his fellow group members. As the oldest member of the boy band, he is the first member to complete military service. Fellow member Hui is currently enlisted and is expected to be discharged in late 2022.

UNIVERSEs were thrilled to get the update about Jinho’s military discharge and began celebrating all over social media.

Me finding out Jinho is done serving. 😊❤️

I’ve missed him so much but his military videos, and his Instagram posts got me through it. #Pentagon @CUBE_PTG @CUBE_PTG_JAPAN pic.twitter.com/rH9y2glKMT

We made it!! Jinho is home and no I will not shut up about it. 😂 Pardon me while I go shout it from the roof! 🌸 #PENTAGON #펜타곤 #JINHO @CUBE_PTG pic.twitter.com/P6TnaGj53g

But does this mean that Jinho will immediately begin promoting with the rest of PENTAGON? That’s the big questions that fans have been asking since the news was dropped. UNIVERSEs are undoubtedly eager to see Jo Jinho again before the end of the year. However, we will need to wait for another official update from CUBE ENT.

Welcome back Jinho, we can’t wait to see you again soon!