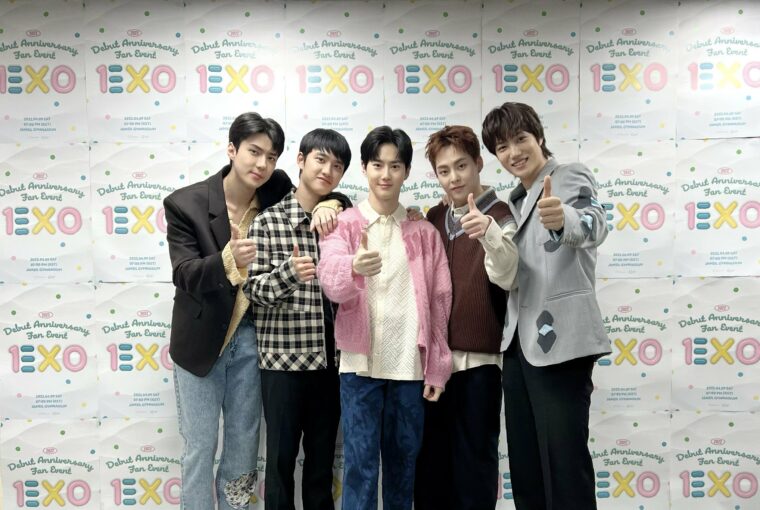 Wonder how some idols not only survived, but thrived amidst competition from their own groupmates? Here are four trajectories to take notes from.

I have said it before and I’ll say it again – SHINee is the perfect boy group. Jonghyun (may he rest in peace) and Onew are some of the industry’s best vocalists, Minho is a striking center and visual who also happens to be good at rapping, and before the world met what it now considers the Golden Maknae Jungkook of BTS, there was Taemin who danced like a dream and sung like a main vocalist.

So, in a group that’s deep with talent, what does a member like Key do? Be the best in all three areas – dancing, rapping, and slinging, plus include a good “variety show” sense and comedic timing. Count on Key to also contribute to the group’s singing prowess, especially after Jonghyun’s demise. Key has also done some rap parts to add variety so that Minho doesn’t do all the rapping. And we can certainly applaud anyone who can hold his own without getting overshadowed all the time by THE Taemin. With Key’s extroverted nature, he is a natural in variety shows. If you’re not convinced, watch any Amazing Saturday episode and get ready for a ton of laughs.

In SHINee’s heyday, members of groups that didn’t specialize in anything don’t really get viewed favorably. For example in Shinhwa, Dongwan had to give way to Eric, Minwoo, and Hyesung, who were the main members in rapping, dancing, and singing, respectively. Sunny kept on getting dismissed as the ‘relative of the CEO” as to her inclusion in Girls’ Generation, though her vocal skills have always been comparable to the group’s four other main vocalists, TaTiSeo and Jessica. Lucky for us, Key didn’t allow himself to get lost in the hype for the other SHINee members and instead gave us practically the first idol who was just good in anything.

As with a lot of idols in groups, Apink’s Namjoo found herself in the middle of a really tight spot – how to set herself apart from a group with members so talented that leaves not much room for members who can be best described as… middling. Jung Eunji is generally accepted as one of k-pop’s most talented vocalists, former member Son Naeun’s visuals are often described as goddess-level, Bomi is just a breath of fresh air with top-notch dancing skills, and Chorong and Hayoung are recognized for being in positions that defy first impressions, with baby-faced and voiced Chorong actually being the eldest and the group’s leader, while tall and sophisticated-looking Hayoung actually being the maknae of the group, with her appearance betraying her ever since Apink debuted in 2011.

Thus, Namjoo was left in a very precarious position as frankly speaking, she had really no distinguishing characteristic that allowed her to stand out. Unfortunately, this has caused a bit of distress on Apink’s fake maknae, who was the subject of numerous not-so-favorable comments throughout their career. As she was often regarded as the “dispensable member” with no outstanding features, she went drastic by having cosmetic surgery done in 2018, right in between promoting their annual fan song and their I’m So Sick comeback. People quickly presented their disparaging comments on how Namjoo’s face didn’t look right, dismissing the obvious procedure as a “disaster”.   It seemed that the group’s agency IST Entertainment (then called Plan A) and particularly Namjoo went for the unbothered reaction, which for most observers was justified, as people getting plastic surgery was common already and that Namjoo went on to rank second in the monthly girl group member brand ranking for May 2018 goes to show that any form of publicity, as long as it is not about unlawful behavior, ends up benefiting the artist.

Anyway, Namjoo coincidentally had the fewest exposure in the I’m So Sick comeback, having the least number of lines and appearances on the MV. But on the next comeback, Dhumdhurum, Namjoo sang a lot of lines, killing parts, and had a lot of music video exposure. You can think of it as a case of perfect timing as by that time, her features had settled already and the public eventually got used to her “reinvention”, which coincided with Apink’s evolution into a group that has become more sophisticated both in sound and image. TV personality Hwang Hyun Hee said it best when he commented on the issue on a TV show, “Noise is the best for marketing indeed.”

In any large group, it is inevitable that some members will get the shorter end of the attention stick. I mean, what are the chances of thirteen different people having the same degree of popularity when they are ideally put together in similar circumstances, recording the same songs and performing in the same stages? As mentioned in the two featured members we had earlier, it is already a challenge having to share the spotlight with four or five other people and still stand out, how much more with twelve other members, each gifted with his own set of unique charms and talents? This is what actually Seventeen maknae Dino has to deal with. With twelve super talented hyungs that also happen to have larger-than-life personalities as well, Dino was set to get lost in the crowd.

But then, he hasn’t. From the start, Dino wasn’t the typical boy group member. One, he ended up Seventeen’s  maknae when he wasn’t at the start. During the formation of the group, Dino was part of the maknae line, but one of the four trainees who eventually quit the group, aka the reason why 17 became 13, was the actual maknae Kim Samuel (aka Samuel of Produce 101 Season 2). So, Dino isn’t your typical maknae who is the fount of aegyo and innocent charms. In fact, Dino’s sharp looks and talents have allowed him to be a valuable all-rounder in Seventeen.

While Dino` is technically part of the Performance Team with Hoshi, Jun, and The8, he has also exhibited his skills in rapping in some of Seventeen songs (e.g., Boom Boom, Left and Right, among others). And nobody in Seventeen cannot sing – even the rappers have had to sing in almost every other SVT release. So take it from Dino: The only way to survive in a thirteen-member group is to do everything in top-notch quality. He may be referred to in jest and in teasing (although we can see that he likes this) in a number of Going Seventeen episodes as the “furture of k-pop”, but really, in a market with too much talent, you can only thrive if you can be a multi-hyphenate triple threat!

Just like Dino, D.O also had to deal with being just one of the members of a very big group. Actually, Exo was more or less just like Seventeen in terms of the number of members, but SM marketed them in such a way that the group appeared big. From the start, the group is supposed to come from an EXO-planet. Also, remember that Tree of Life concept in Mama where the tree got divided into 2 and 12 and 2 worlds again and 12 forces, which most probably may have referred to Exo-K and Exo-M. Anyway, all those twelve forces inhabiting those two worlds are hella talented and deserve the spotlight individually. And one of those forces was D.O, whose main strength is his vocals. But then, Chen, Baekhyun, and Luhan are also very skilled vocalists, which means that unless D.O could find a niche that would allow him to stand out, he could very well be lost in the midst of the other members who may be more charismatic, and thus more appealing to the public.

What D.O did was a bit similar to what Siwon of Super Junior did, although much later in his idol career – turn to acting. While most of his members furthered the mastery of their “idol-related” talents with Chen and Baekhyun making their own subunit with Xiumin called Exo-CBX before finally releasing solo material, D.O debuted as an actor both on TV and in the movies only two years after launching his idol career via Exo. The main difference between D.O and most idols who have also turned into acting as a sideline is that our Exo main vocal turned out to be actually good in acting. As with other idols turned actors, people were quick to dismiss D.O’s initial appearances in the drama It’s Okay, That’s Love and his first film Cart, which was also released in 2014. While acknowledging the promise of D.O’s acting skills, they also brought up some factors like beginner’s luck and the possibility of his performances being fulkes.

Six films and two dramas later, all of which he played main roles, Kyungsoo’s talents have become undeniable. Moreover, as there is no one else in Exo who acts, it may seem that D.O has created a niche for himself that allowed him to distinguish himself from his bandmates. Alas, SM has also allowed him to keep the fans of singer D.O happy by finally launching him as a solo artist in 2019, before he started his military service through an SM Station single. When he came back as a regular citizen in 2021, he released his first EP Empathy, which had him sing in Korean, English, and Spanish! How’s that for talent and standing out?

See? There’s definitely more than one way of standing out as a member of a group. Take it from these four all-rounders: A mix of talent, hard work, and the right course of action can make people notice while you thrive on your own.

Three of the Most Memorable Novelty Kpop Acts