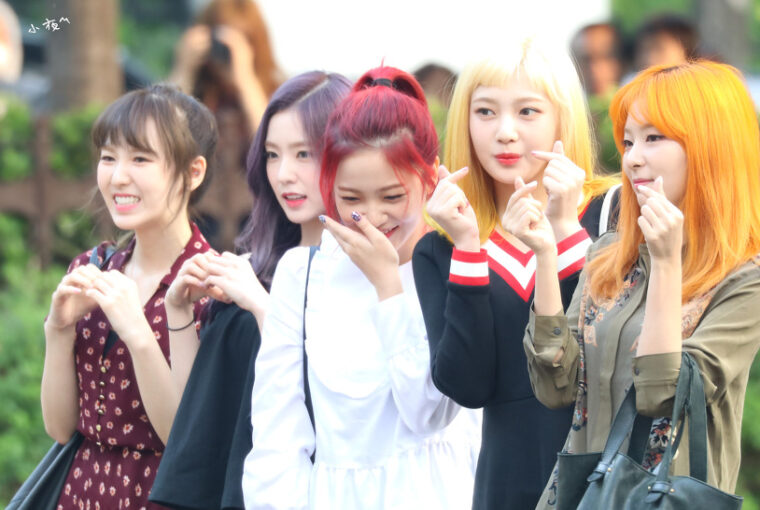 Is this the end of the road for Red Velvet?

The group’s lack of activities for close to two years now has caused huge amounts of anxiety for the Reveluv fandom. Yes, Queendom, the group’s first comeback since December 2019’s The ReVe Festival: Finale will be out on August 16, but many can’t help but wonder if Queendom will be Red Velvet’s version of 4 Walls, f(x)’s last proper release before they disappeared into SM obscurity. Besides, aespa has finally had their breakout hit with Next Level. Really quite reminiscent of f(x)’s 4 Walls coming out months after Red Velvet’s breakout hit, Ice Cream Cake. So, the question is, will RV be shoved aside to make way for aespa?

Let’s not dwell on such scary thoughts and instead name seven of the strongest Red Velvet title tracks. The list is arranged chronologically, for the purposes of fairness.

Smooth, sensual, and elegant, Automatic is the perfect representative of the group’s “velvet” concept that counters the “red” side reflected in Ice Cream Cake, the title track that shares its title with the EP. Up until Automatic, Be Natural was the group’s leading “velvet” track, but with the inclusion of Yeri in the Ice Cream Cake EP, the group’s sound somehow became even richer, making Automatic a notch more refined than Be Natural. The stylish choreography displayed in the music video further cemented Red Velvet as a group perfect for those with a preference for more sophisticated sounds. It should also be noted that the Automatic music video was the first time the public saw Yeri with the group, as it was released two days before Ice Cream Cake.

If Automatic is polished and refined, Ice Cream Cake is unapologetically quirky, bright, and bubbly. The tinny beats and the airy “la-la-la” at the start of the song, coupled with the soft pastel filter used in the music video would eventually be a trademark of the group’s “red” tracks. Considering that the “purist” public was iffy with the inclusion of a new member starting with this EP, it is interesting to note that Ice Cream Cake eventually became the group’s breakout hit. Not bad for a group that, until that song’s release, had been considered SM Entertainment’s first failure.

If you’re going to search for the term “earworm” in a K-pop dictionary, chances are you’ll find a screencap of the music video of Red Velvet’s Dumb Dumb. After all, the song starts off with the girls singing the line “Dumb Dumb Dumb Dumb Dumb Dumb” eight times, which means the word “dumb” is drilled to the listener’s head 48 times, all in the song’s first 13 seconds. And the song just doesn’t let up. The lines keep coming one after another, the ladies managing to sneak a couple more “Dumb Dumb Dumb Dumb Dumb Dumbs” throughout the rest of song, and a rap portion with Michael Jackson references are all bound to overwhelm. I still remember watching the Dumb Dumb’s music video for the first time and wondering what hit me when I was done.

Here’s Red Velvet in full irony: The song boasts of such lines as “Aiming for your heart now, this place is the color of a dark night” and “I’m your sweet Russian Roulette.” Now, how are you supposed to aim for someone’s heart when you’re somewhere dark as night? And how can Russian roulette be sweet? Then, there’s this video in standard bright and pastel Red Velvet fashion with the girls on full deadpan, executing plots of killing each other a la Wile E. Coyote and the Road Runner. It is Red Velvet in full effect, the effect being it always makes the listener wonder, “What on earth did I just listen to?”

By 2017, Red Velvet had cemented a reputation for producing…confusing, if not altogether polarizing music. If you don’t understand the songs and their accompanying videos, chances are you’re going to be on the “not into it” spectrum of the Red Velvet world. Prior to the 2019 track Zimzalabim, Rookie took the cake as the ultimate “love it or hate it, no in-betweens” Red Velvet title track. The song is just so out there, so wild, almost like a cheering chant of a girl for a guy to pursue her. The video is an explosion of color, featuring the girls and some colorful creature that looks like Monsters Inc’s Sully covered in flowers. It’s incomprehensible, which may be the reason Koreans initially dismissed it, though die-hard Reveluvs pushed the song back to the charts.  The Korea Herald puts it perfectly when they opined that the song, like most eccentric Red Velvet “red” releases, is “weird at first, but addictive later”.

With queens of summer SISTAR releasing their final song in the first weeks of summer in 2017,  girl groups were in a mad dash, releasing their own sun-inspired anthems with the aim of taking over the vacancy Hyolyn and company will be leaving. Red Velvet threw their hats in the race with Red Flavor, and with great success. The song eventually topped Korea’s Gaon chart and eventually became the group’s signature song. The song was so successful, it was one of the two songs the group performed in North Korea. That there were some smiles seen despite the generally stoic Pyongyang audience is a testament to this song’s power.

Red Velvet was not playing when they released Bad Boy in 2018. Coming at the heels of Peek-a-Boo, the group reminded everyone how masterful they are not just in their sugary pop “red” summer releases, but they are equally good, if not better, when displaying their “velvet” side. The moment Irene sang, “Who dat who dat who dat boy,” there was no doubt we would be listening to an iconic song in Red Velvet’s discography.

The release of Psycho was perhaps one of the scarier moments of a Reveluv’s life. The group’s three previous releases, RBB out of the RBB EP and Zimzalabim and Umpah Umpah out of the first two parts of The ReVe Festival EPs, tanked, for lack of a better term. The last Red Velvet title track that charted in double digits was 2010’s One of These Nights, which was iconic anyway since it is believed to be a lovely tribute to the victims of the Sewol Ferry incident. By late 2019, the group seriously needed a hit. Prayers were answered with Psycho, as it brought the five to one of their strongest suits – mid-tempo R&B. Dark and sinister and haunting and elegant all at once, Psycho was a highlight to the group’s career before inauspicious events happened.

So, a few days after the welcome success of Psycho, Wendy fell from a platform into a shaft a few centimeters shy of 2 meters while rehearsing for SBS’s Gayo Daejun on CHRISTMAS DAY. Ten months later, Irene figured in a bullying scandal where she allegedly exhibited poor behavior with stylists and staff. The issue has since slowly died, with other makeup and fashion professionals vouching for Irene. Thus, the comeback on August 16.

In the aftermath of these unfortunate events, Reveluvs can only hope for two things: That the girl’s close to two-year absence has made the public’s hearts grow fonder of Red Velvet, translating to success for the comeback and that Irene, Joy, Wendy, Seulgi, and Yeri will renew their contracts with SM Entertainment for the group’s continuation.

Beyond the Stage: Male K-pop Idols in Korean Variety Shows