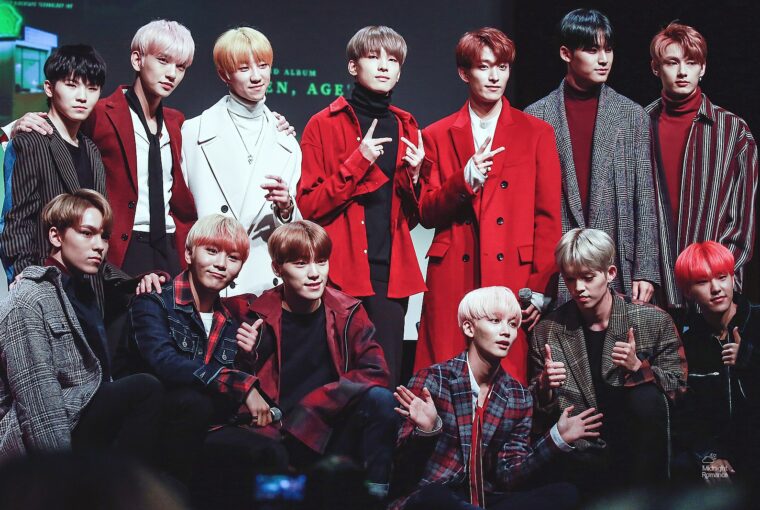 August 8 marks the 26th birthday of SEVENTEEN‘s leader and oldest member, S.Coups. On the occasion of this momentous day (and by momentous, I mean I am counting down the days until he celebrates the birthday I, along with the rest of Caratland, dread: his 30th birthday, which, unfortunately, may come earlier because his Korean age is more advanced), let’s not dwell on sad thoughts and instead be merry and mark Mr. Camel’s day with some numbers.

Here are some significant digits in our birthday boy’s life:

10: The length of his eyelashes, in millimeters

Obviously, S.Coups doesn’t have humps to store food and water, so we can attribute that nickname Mr. Camel (a nickname he doesn’t particularly appreciate as he has indicated on some episodes of Going Seventeen) to those attention-grabbing lashes. I can still remember him balancing a toothpick on top of those lashes in Weekly Idol years ago, a true testament to how long and strong those lashes are.

Since debuting in 2015, SEVENTEEN has released more than 30 official music videos, including three Japanese and some by the sub-units. Of all those videos, there are 12 where leader-nim has noticeably colored hair. This doesn’t count dark brown hair like in Pretty U, which looks natural. A bit few, considering some members (I’m looking at you, Jeonghan) are known for their aversion to dark-colored hair on their MV’s. When S.Coups’ hair isn’t black or dark brown, he usually prefers light blonde and silvery hues, with his most “adventurous” color being metallic light blue in Left & Right (THAT video where he was supposed to be in a car to be launched into outer space).

Speaking of hair color, it should also be noted that while he donned an ash silver color on top of black tresses in the 아주 Nice video, he reverted to black during the group’s promotions. The other videos that have Mr. Choi in noticeably colored hair are Adore U, Healing, Check-In (that bluish-violet hue that can even turn brown depending on the light), Clap, Oh My!, My My, Ready to Love, and the Japanese releases Happy Ending, 24H, and Anyone.

6: The number of years he spent as a trainee before debuting in SVT

Actually, he was slated to debut in other groups of Pledis before finally debuting in SEVENTEEN. This means he trained with the members of NU’EST, but he was not included in the group’s final line-up in 2012. He was also included in another group TEMPEST, which was supposed to debut in late 2012-early 2013, but the plan fell through. But Carats would agree everything was a  blessing in disguise because SVT ended up being Pledis’ most successful group.

2: The number of times S.Coups has been absent from SEVENTEEN’s promotions

Throughout the group’s six-year history so far, the leader has had to beg off twice from participating in promotions for various reasons. In 2019, he took a hiatus from the group to deal with his mental health challenges. During the Ode to You tour that supported the group’s third studio album, An Ode, Pledis released a statement that the group, including S.Coups, have decided to allow him to take time off so he could rest and cope with the symptoms of anxiety he was diagnosed with. Considering that mental health is not commonly discussed in the world of k-pop, S.Coups taking a break from activities to address his issues was quite brave and welcome.

Just a few months ago, S.Coups had to be excused from the tail-end of promotions for the group’s latest single, ready to Love, because he sustained a shoulder injury while participating in an event.  It should be noted, though, that S.Coups covered a majority of Wonwoo’s parts during the Very Nice era, as the latter suffered from acute gastritis before the broadcast promotions of the song started.

57: The number of days in between S.Coup’s and Jeonghan’s birth dates

Many happy returns, beloved leader Choi Seungcheol, aka S.Coups! May you have more happy birthdays to come. Since you were instrumental in making all 13 of you renew your contracts with Pledis (a year before the contract is set to expire at that), we Carats are already assured of more years with SEVENTEEN, so we can’t ask for anything more than your happiness and stable health.

A Homage to SISTAR, the Eternal Queens of Summer