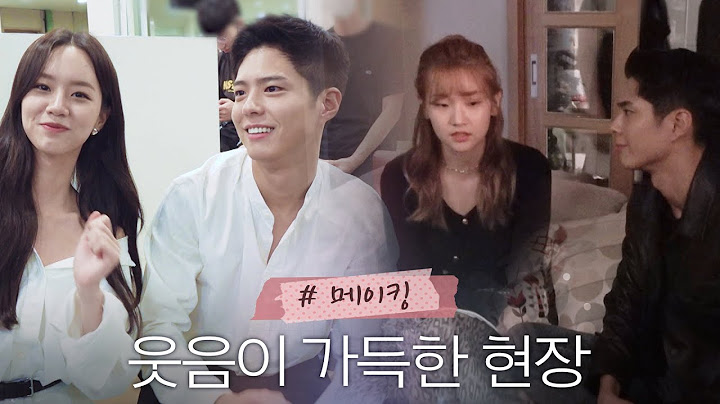 In our obsessive consumption of Korean dramas, I am sure you’ve come across an episode where you saw someone and asked yourself, “That store manager sure looks familiar” or “”Isn’t that (name) of (name of girl group)?” and there’s a huge chance you’re right. There are quite a lot of people who want to be in the Korean entertainment industry, but (unfortunately), the work is mostly concentrated with a few people. Directors and writers love working with the people they have had great experiences with, celebrities love to have their friends (from those in their birth year-lines to their agency-mates) and former colleagues appear in their shows. Finally, agencies of actors in the main cast would sometimes request the show’s producers to have other talents on their stable to stage an appearance or two.

Here are some cameos from ladies in recent k-drama history that have proven to be more popular than their  five seconds promised:

Red Velvet performs in Descendants of the Sun

I’m sure a lot of us who watched this Red Velvet cameo wondered if we were still watching the last episode of the Song-Song couple’s drama or if we’ve stumbled upon a never-before-seen episode of Real Men. Alas, Irene and the girls were included in the story, performing their 2015 hit Dumb Dumb for the Special Forces to boost their morale, which does happen to real girl groups who are regular visitors of military camps (think Brave Girls who esperienced a career renaisance after years of performing in front of enlisted personnel). The thing about RV’s stint is that Capt. Yoo (Song Joong Ki) somehow thought it would be a great idea to tell his girlfriend by that time, Dr. Kang (Song Hyekyo) that he will be in a confidential “operation.” Alas, Resident Lee Chi-hoon (Shinee’s Onew) saw him and and Sgt. Seo (Jin Goo) in a fancam video, with the captain proudly carrying a sign that reads, “Red Velvet over my girlfriend.” Dr. Kang went on full denial mode, saying “That’s not Yoo Si Jin” while crushing the water bottle she had in her hand.

Speaking of Song Joong Ki, another idol made an appearance in the next series he starred in after DoTS. In Episode 7 of Arthdal Chronicles, Blackpink’s visual appeared in a flashback scene as Sae Na Rae, Sa Ya’s (Joong Ki’s character) love interest. Though Jisoo didn’t have any lines, the appearance that didn’t even last for more than 10 seconds went viral, with Blinks going full throttle by making the hashtag #JisooOnArthdalChrinicles top worldwide Twitter trends when the episode aired on June 30, 2019. It should also be noted that before Jisoo debuted to join Lisa, Jennie, and Rose in 2016, she had some speaking lines in her debut cameo in The Producers, where she played a trainee who was given the chance to appear on Two Days, One Night with the show’s main character Cindy (played by IU) and her fellow YG idols Seungyoon of WINNER and Dara of the legendary 2NE1.

Bae Suzy in My Love from the Star

By the time Suzy appeared in the 2014 hit drama My Love from a Star, she was already an established career, both in singing as a member of miss A and in acting with credits such as the massive hits Architecture 101, Dream High, and Gu Family Book. In My Love from a Star, which reunited her with her Dream High co-star Kim Soohyun, she also introduced herself as alien Do Minjoo’s student… wait for it… Go Hyemi! She takes things further by claiming that the professor looks like her ex-boyfriend named Sam Dong. Dream High fans were instantly sent down memory lane when the mini-reunion was interrupted by a jealous Songyi who was wearing ahjumma gear to mask her identity. It was sweet and just perfect respite that sustained us for another three years, before Suzy made another cameo, this time in Soohyun’s movie, Real.

Fans of the writing-directing tandem of Lee Woojung and Shin Wonho are always on the lookout for actors they have worked with in their past projects to appear in their current series. That has happened multiple times with eternal Reply father Sung Dongil as a different sort of “father” (a Catholic priest) in Hospital Playlist and Taek and Sunwoo’s parents in Reply 1988 as Ikjun’s (Jo Jung Suk) patient and her husband in this new show. Another notable cameo in Hospital Playlist was Reply 1994′s Go Ara playing Dr. Ikjun’s ex-girlfriend who eventually became the top actress… Go Ara! One thing’s for sure: The number of actors and actresses making cameo appearances in shows connected with the Lee-Shin partnership is testament to how well-loved the tandem is by everyone who has worked with them.

Hyeri and Lee Sungkyung in Record of Youth

Speaking of shows by the Lee-Shin tandem, who could forget the adorable Dukseon-Taek team-up of Reply 1988? Shippers of the love team got excited when it was revealed that Hyrei will have a cameo appearance in Bogum’s drama Record of Youth, where he was paired with Park So-dam. Alas, fans were a bit disappointed as Hyeri, who played an actress, did not appear in any scenes with Bogum and instead only had dialogue with Sodam’s character Jeongha, whom she hired as her makeup artist on special occasions. It was weightlifting fairy Lee Sungkyung who played the role of Jin Seowoo, a model-turned-actress who has known Sa Hyejun (Bogum’s character) in their modelling days and was working with him again, this time with both of them as actors. It wasn’t really something Jeongha was supposed to be jealous of, and it is actually lawyer Ji-ah (played by Seol Inah) who has had a tumultuous romantic past with Hyejun.

Blackpink: A Quiz for Eagle-Eyed BLINKs