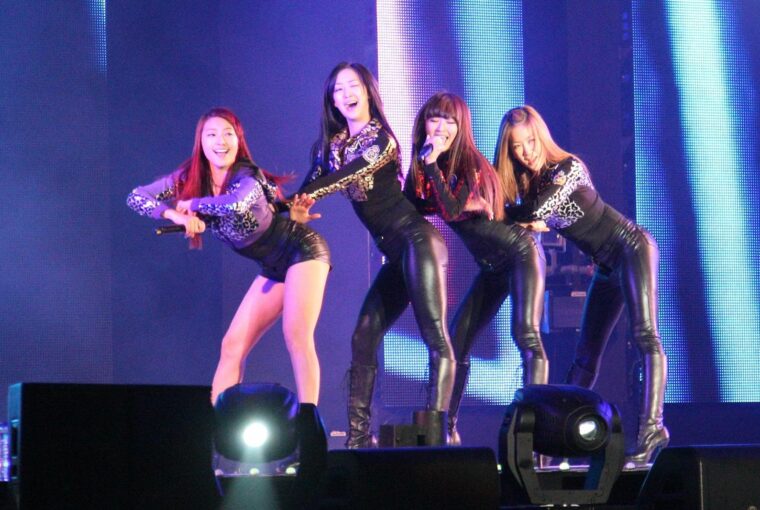 The sun’s shining oh so brightly, the AC’s on full blast, and people (or at least the ones brave enough to face the virus and its variants head-on) are out in sleeveless shirts and shorts. And if we are to factor in the effects of climate change, we may be in for a few more weeks of summer weather before welcoming the cool crisp fall air. Which also means we may have more time to enjoy the songs of summer.

K-pop has had an unofficial but strong tradition when it comes to music popularized during summer. This can be traced back as far as the 1980s when popular singers and groups release songs with lyrics that explicitly mention summer and its activities like In Summer by duo Deux, Summer Story by DJ DOC, and the classic Let’s Go on a Trip by legendary Cho Yongpil. This tradition, reminiscent of the UK’s anticipation of the country’s Christmas #1, has continued into K-pop as we know it these days. Soloists, girl groups, boy groups, and bands have celebrated summer through their songs: Hot Summer by f(x), Beach Again by project group SSAK3, and two Red Velvet albums (The Red Summer and Summer Magic) come to mind.

But for most of us who have been following K-pop since Hallyu, one group has somehow created a niche of itself when it comes to attaching their success to the season: SISTAR. Red Velvet has been, for some years, successfully campaigned to be associated with summer to considerable success, but for some reason, they stopped in 2020. TWICE’s Dance the Night Away and their most recent release Alcohol-Free got them summer recognition, but then they have been spreading themselves too thin by also associating themselves with Christmas through their Christmas releases. This year, Brave Girls has launched a campaign with the release of the overtly titled Summer Queen, which has been notably successful, if only they were not rivaled by another Yoo Jae-suk project group, MSG Wannabe. Besides, BG is still too attached to their viral military hit, Rollin’, so their claim to the Summer Queen throne may require them to be more consistent for a couple more summers.

So for now, we’re left with reminiscing on SISTAR, a group whose success may be owed to their consistency in releasing during the summer. Out of their 12 releases (that include 2 studio albums, 2 compilation albums, four single albums, and 4 EPs), only two were not released during the summer –  How Dare You, which was released in December 2010 and Alone, which was released in the spring of 2012. But then again, Alone was sandwiched in between two massively successful summer releases – So Cool released in August 2011, and the compilation album Loving U released two months after Alone. It felt like Starship Entertainment caught lightning in a bottle by scheduling almost all SISTAR releases during the summer months and ran away with it, up until the group’s last release, Lonely, which debuted on the last day of May in 2017.

If you’re pining for some of SISTAR’s summer domination, here are three of Hyolyn, Soyou, Bora, and Dasom’s representative songs to feed your nostalgia.

SISTAR is a group associated with sexiness, but when you take a close listen to their lyrics, you can’t help but realize that their songs are actually quite innocent, if not cheesy. This is especially true with I Swear, a song that reads like a wedding vow. And this is also one of only three videos (the two others being Loving U and Lonely) from the group that was shot outdoors. Finally, contrary to popular knowledge, I Swear was actually shot in Saipan. It was the MV for Loving U that was shot in Hawaii, while their last MV, Lonely, was shot in Macau.

Their second to the last title track, I Like That harkens back to one of SISTAR’s greatest hits, Alone in the sense that I Like That doesn’t sound as bright as the group’s other summer tracks, but somehow still feels like a summer song. It does help that the music video opens with Dasom fanning herself in the darkness before entering a room illuminated by Chinese lanterns. The outfits are typical SISTAR with hot pants, cropped tops, and diaphanous fabric wraps abound.

It is bittersweet to reminisce on SISTAR’s hits, especially during this time of the year that they used to dominate until their disbandment in 2017. Hyolyn and Dasom are set to bring some of that SISTAR summer magic with their new song Summer or Summer to be released on August 10, 2021, but for those who need an OT4 comeback are unfortunately out of luck this year. Who knows, we may have one next year! But then, we will always have those ten record-breaking title tracks to enjoy from the B-E-S-T queens of summer.