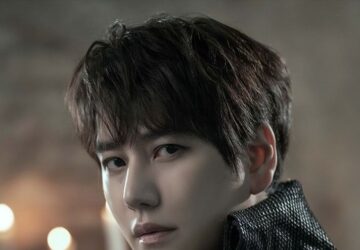 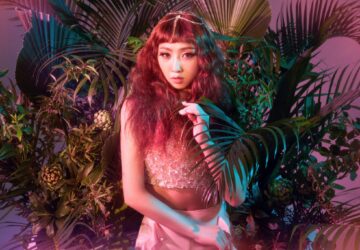 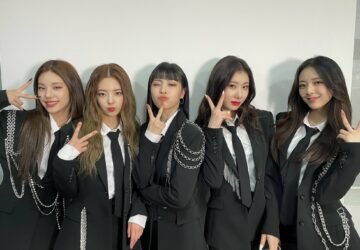 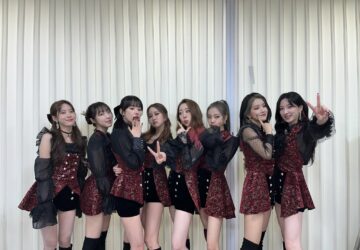 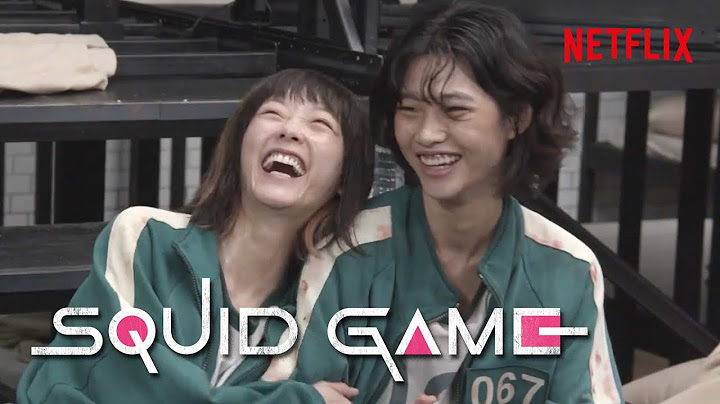 South Korean Netflix series “Squid Game” has been the hottest thing on TV (rather, OTT [over-the-top] media services, geez this thing about Netflix and streaming platforms has everybody confused on what to call their content) these days. Imagine, a drama that is not in English has been topping Netflix’s most-watched show list. Even the streaming platform’s earlier breakout hits that are not in the English language – Spanish programs “Money Heist” and “Elite,” the French Japanese manga-inspired “Lupin,” and the German Yiddish-language “Unorthodox” cannot claim that distinction!

Just when we thought that South Korean soft power is showing signs of plateauing, our Hallyu content creatives somehow manage to churn out something that has the entire world lapping anything they produce. Like every year,  most of us Korean culture otakus who speculate that maybe this year will be the year that the Korean Wave will recede and start to decline in popularity, it is not the case at all. The thing is, I have been anticipating this since 2014, when so many scandals have hit a lot of our well-loved Korean celebrities. Not to mention that the Sewol Ferry tragedy felt like it did a huge number of the collective South Korean national psyche. But year after year, I have been proven wrong.

2015 had K-pop reawakening with a vengeance with JYP and YG debuting Twice, iKon, and Day 6, SM Entertainment finally debuted Girl’s Generation’s Taeyeon as a solo artist, and who can forget the iconic MAMA performance of 2NE1 in December of that year?

In 2016, it was Korean cinema’s turn to keep Hallyu on top with Train to Busan, A Violent Prosecutor, and The Age of Shadows establishing astronomic box office figures and Park Chanwook’s The Handmaiden and Na Hingjin’s The Wailing killing it in international film festivals and giving Korean movies more global recognition.

The age of cinema and drama

And before 2016 ended, ageless Gong Yoo, who already had a banner year starring in two of the three highest-grossing films of the year (#1 Train to Busan and #3 The Age of Shadows) and also starring in A Man and a Woman with Cannes darling Jeon Doeyeon, gifted the world with Goblin – The Lonely Shining God (Guardian: The Lonely and Great God in other countries), a TV show that would further Korean TV already-stellar year. The year was dotted with worldwide hits such as Descendants of the Sun, Weightlifting Fairy Kim Bokjoo, and Love in the Moonlight.

Since 2016 was also a banner year for TV dramas, it was also a great year for its OSTs. OST songs really dominated the Korean charts for most of the year, not just in their separate OST category, but in the main top single streaming and downloading charts as well.

The Song couple-led Descendants of the Sun was everywhere with not one, not two, not three, but FIVE songs charting high when they were released – Gummy’s “You are My Everything“, Davichi’s “This Love“, Chen and Punch’s “Everytime”, K.Will’s “Talk Love“, and Yoo Mirae’s “Always“.

Who could forget Jung Seung Kwan’s addictive ballad “If It is You“, included in the OST of Another Miss Oh which has been used countless times in singing reality competitions? We’re not even counting Goblin’s three impressive songs that were released early the following year – Soyou’s “I Miss You“, Chanyeol’s “Stay With Me“, and of course, Ailee’s modern-day classic “I Will Go to You Like the First Snow“.

And what can we say about 2017 than to keep it in three letters – BTS. Out of nowhere, the group that has been considered as a nugu group with flash in the pan success internationally proved that they can also sell domestically when they released a repackaged version of Wings entitled You’ll Never Walk Alone that had songs “Spring Day” and “Not Today“. This was followed up by the group getting international exposure for the rest of the year and not looking back since then.

But we simply can’t rely on BTS to raise the flag for Korean pop culture every year, yes? Doing that will only allow people to believe that Korean soft power is a fluke since it only relies on a single entity to keep it afloat.

Once the popularity of our Bangtan Boys will wane (which of course we will never accept but, just for academic discourse, say it might be a possibility), international audiences will quickly revert to asking, “Why are there Chinese shows on TV?” when we watch K-dramas or “Is that Japanese?” when we listen to K-pop.

2018 proved that Korean pop culture is right back at the center of the world’s stage as 2NE1’s CL and EXO performed in the closing ceremonies of the 2018 Winter Olympics in Pyeongchang. On the TV front, the year cemented the arrival of two actor-dols in Astro’s Cha Eunwoo (My ID is Gangnam Beauty) and EXO’s D.O (100 Days My Prince) and yet another oppa who has shown promise in the past but broke out in 2018 with What’s Wrong With Secretary Kim? – Park Seojun.

In 2019, the world renewed its appreciation for Korean movies when Bong Joonho’s Parasite took every award there was, including American ones, which has had a history of being reluctant when it comes to recognizing films that are not in the English language.

It started with 2018’s Burning, directed by Lee Changdong and starring premiere character actor Yoo Ahin who has also proven his abilities as a lead star, and Steven Yeun, who was at that time most known as Glenn in the US TV show The Walking Dead. Burning was heaped with praises by film critics and award-winning bodies, managing to win the FIPRESCI Prize and Vulcan Award in the 2018 edition of the Cannes Film Festival. However, when it came to the biggest event, the Academy Awards aka the Oscars, the movie only managed to crack the final nine-film shortlist, but was eventually dropped off the final five nominees.

Thus, that Parasite didn’t just win the following year in the Cannes’ Palm d’Or and the Oscars’ Best Foreign Language Film and Best Picture gave the Korean film industry another full year to take the world’s center stage. The movie exposed the class divide between the haves and the have nots, with no clear protagonist or antagonist. It therefore leaves the decision on who are the heroes and villains of the movie to the audience  – the poor Kims who have managed to leech off their subsistence from a wealthy family, or the rich Parks, who seem to be distanced from the harsh realities of the world and not really caring for their employees?

As critics opined, the movie solidified the creation of a unique genre by the movie’s director Bong Joonho: not quite a drama, not quite a suspense thriller, not quite a legit black comedy, but a balanced mixture of all three elements.

The year where everyone was home

When 2020 had people thinking, this will be the year that Korean culture’s popularity will finally begin its decline, they were disappointed again. How can movies and dramas possibly be popular this year when people are not allowed to go out and watch movies in a cinema? That’s where Netflix and other online streaming platforms barged in with their promises of binge-watch-worthy content. Thus, everybody got to know the gallant North Korean soldier Captain Ri (Hyun Bin) and self-made tycoon Seri (Son Yejin) in Crash Landing on You, as well as the wronged wife Dr Ji (Kim Heeae), the philandering Lee Taeoh (Park Haejoon) and the blindingly beautiful Dakyung (Han Sohee) in The World of the Married. Both showed broke domestic and international records in terms of viewership and made household names of their actors. Both shows have also been (and still are) available on Netflix.

2020 also brought us another gem in the film world – the Korean-American co-production Minari. Although it can be argued that the movie slants more towards the American sensibilities of its director Lee Isaac Chung, the scenes and emotional tug are distinctly Korean. It even won an Oscar for Korean acting icon Youn Yuhjung, the first for any Korean actor.

This brings us to 2021, when the popularity of Korean TV shows has been further established with Squid Game’s phenomenal run. Before Squid Game, the most popular Korean export is the history zombie thriller Kingdom, which stars Ju Jihoon. With Kingdom only releasing a special episode this July and another one in the works that won’t be released until 2023, it’s safe to say that it was Squid Game that really reinforced South Korean soft power, something we fans can be happy with because this definitely means that we will be having more Korean dramas, k-pop music, and Korean movies for more years to come! 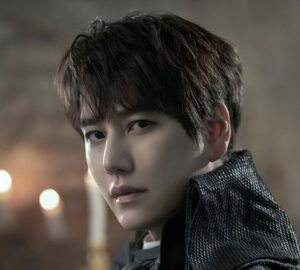 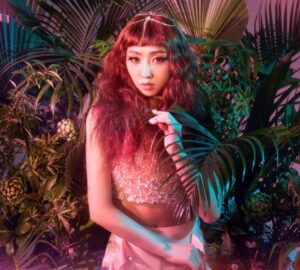 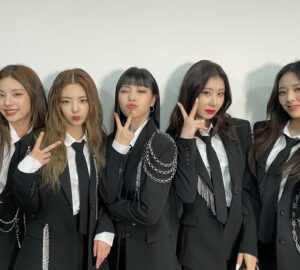 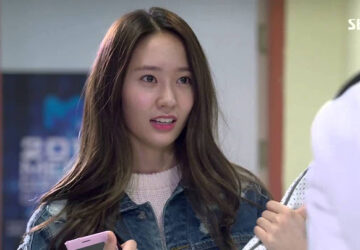 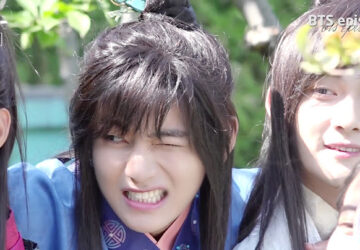