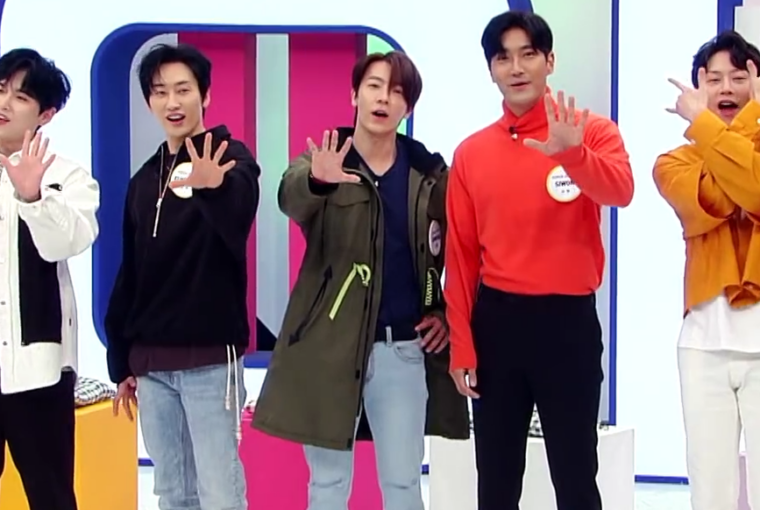 Super Junior has been on the K-Pop scene for 15 years. Since their debut, they’ve tried everything from energetic dance tracks to melodic ballads to Latin-infused sounds. To celebrate 15 years of Super Junior, here are 15 of their songs that deserve a permanent spot on your playlist.

The boys came out swinging on November 6, 2005 with Twins (Knockout). The song’s got everything a K-pop record should have—powerful vocals, signature rap, robust choreography, and a fiery (literally) music video. Fun fact: fans know Twins as Super Junior’s debut single, but not many know that this is a cover of British boy band Triple 8’s song Knockout.

Go on a nostalgic early 2000s sound trip with SuJu’s classic pop offering. The track is their first as a permanent group, after maknae Kyuhyun joined in 2006. It is also the song that gave the boys their first music show win.

No doubt about it, this is THE Super Junior song. Even non-K-Pop fans have at least heard of this 2009 mega hit. The repetitive, chant-like chorus gets stuck in your head without being annoying, while the choreography continues to inspire numerous dance covers from rookie idols to regular people.

Super Junior isn’t only known for their energetic dance tunes—they also have beautiful mellow numbers as well. One of those songs is the soft dance track It’s You. It’s a lovely song, one where all 13 members got the chance to showcase their vocals.

This track is the lead single off the group’s fourth studio album, and follows the funky, upbeat, electronic pop style of Sorry Sorry. It was the group’s fastest song to win first place in a music chart show (KBS Music Bank), and went on to stay on the top spot for three consecutive weeks.

Mr. Simple follows the trademark “SJ Funky” sound—dynamic, in-your-face, and unique. It still feels fresh even 10 years after its release. This is also the first Super Junior music video to reach 200 million views on YouTube.

Super Junior’s shift to a more mature sound is captured in this pop-jazz ditty. This is Love feels like a serenade to E.L.F.—which is why the song needs to be included in every fan’s SuJu playlist.

You can truly feel the song’s message of love lost in this emotional track. It also highlights the guys’ vocals. Plus, Eunhyuk’s dance segment in the music video is equal parts beautiful and heartbreaking.

Devil is part of Super Junior’s special 10th anniversary album. It is the laid-back sibling of Sorry Sorry, with a similar catchy and cheeky hook, but layered with smooth vocals.

Written and composed by Donghae, One More Chance is a sentimental pop-rock ballad from Super Junior’s eighth studio album Play. It’s a great song to listen to on cool rainy evenings.

I Think I is one of the pre-release singles from the group’s ninth studio album, Time_Slip. This song—the whole album—is special as this is the first since all the members completed their mandatory military service. The track is a fusion of Latin pop and R&B, built for easy listening on a chill afternoon.

Burn the Floor is a pre-release single that could have worked well as a title track. The song fits the concept of their most recent album Renaissance, with orchestral sounds for its opening, and verses that bring out the guys’ vocals. Plus, the music video is stunning—a great reminder that the men of Super Junior are amazing performers.

15. House Party (2021)
Yes, people still need to mask up and practice physical distancing! With House Party’s catchy and relevant lyrics, the K-Pop legends remind all of us to continue following health protocols. This song even earned the approval of the World Health Organization’s Director General, Dr. Tedros Adhanom Ghebreyesus.

Jimin You Got no Jams? BTS’s English vs Namjoon