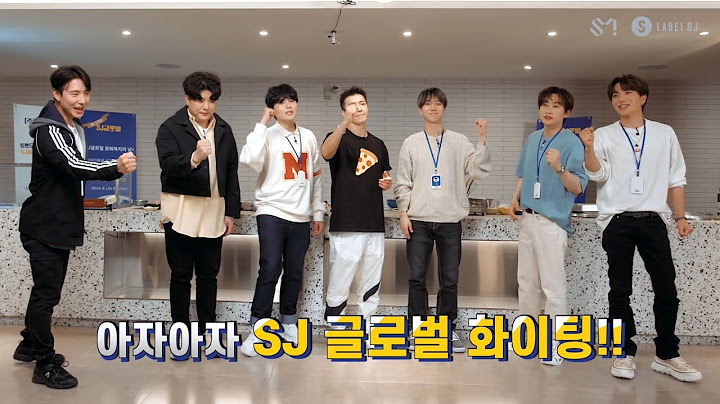 Name it, Super Junior has done it: they’re accomplished singers, amazing dancers, star movie and drama actors, and incredible musical actors. They are also excellent MCs and variety show aces. Now the men of Super Junior have added one more talent to the long list of things they do extremely well: content creators.

Nine out of 10 current SJ members now have their own YouTube channels, and their content range from song covers, life vlogs, gaming streams, live chat with fans, and more. E.L.Fs are definitely well-fed despite the lack of live concert opportunities due to the pandemic.

Make sure to hit the subscribe button on their individual channels so you never miss any SJ content!

Super Junior’s leader and oldest hyung Leeteuk is the undisputed king of talk among all the members. He relives his radio MC days (he was a former host of Super Junior’s Kiss the Radio, a.k.a. Sukira) on his regular live streams, which he named Kiss the YouTube. He also shows off his cooking chops—complete with easy-to-follow tips—on the channel!

Sungmin might not be participating in Super Junior’s group activities for now, but he is still a member of SJ! His LIUstudio channel is like a diary, featuring videos of his daily life as a singer, musical actor, and husband. He also uploads mukbang vlogs and song covers.

The latest Super Junior member to join the YouTube bandwagon is main dancer and rapper Eunhyuk. His channel, 1LDAN EUNHYUKEE, contains vlogs of his life away from the spotlight—from driving around Seoul to hanging out alone at an Airbnb. His vlogs have a chill and relaxed vibe, a complete contrast to his bubbly character on variety shows. As a newbie YouTuber, Eunhyuk is still adorably awkward. But E.L.Fs everywhere can’t wait to see him show off his many charms!

Donghae’s YouTube channel name might be basic—Super Junior Donghae LEE—but his content perfectly shows off his quirky and lovable personality. He loves going live on the channel just to chat with fans—isn’t he the sweetest? More recently, Donghae has been uploading more videos containing behind-the-scenes clips from his solo activities, as well as from Super Junior’s concerts and shows. He also shows off his “SJ’s genius composer” side through his jamming sessions in the recording studio.

“No challenge, no change!” Siwon Choi definitely succeeded in taking on the YouTube challenge! In his channel, fans can watch videos of Super Junior’s visual and center hang out with his bandmates and other celebrity friends, and provide updates on his “No challenge, no change” project. Siwon is also known to be very religious, and he has recently taken to uploading Bible reading videos on his channel.

Super Junior’s eternal maknae Ryeowook is an adorable bean in his channel, Ryeowook’s Agit (Ryeowook’s Hangout). In his channel, the idol shares videos of him going about his daily life—recording sessions, music video shoots, online fan sign events, and more. He also uploads song covers, and like Donghae, Ryeowook also regularly goes live on the channel to chat with fans.

Kyuhyun’s KYU TV is like a bag of Bertie Bott’s Every Flavour Beans—it has a little bit of everything! A well-known idol gamer, SJ’s maknae holds live streaming sessions of him playing his beloved Starcraft, as well as other games. He is also a budding cook, so his stream highlights often feature cooking segments as well. Of course, he’s not about to let E.L.Fs forget his amazing vocals, so Kyuhyun also uploads cover songs and holds live mini-concerts in his room at the Super Junior dorm!

Almost all of Super Junior are now on YouTube! Have you subscribed to all of them yet? Also, maybe E.L.Fs can convince main vocal and selfie king Yesung to start his own channel?

You Quiz on the Block: 4 Most Memorable Guests