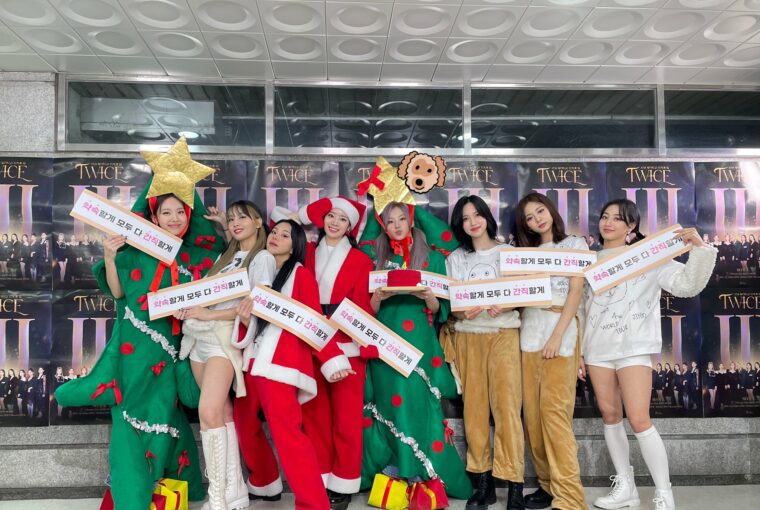 In 2015, JYP Entertainment got into the craze of shows where idol hopefuls compete for spots in a group that will be debut after the program’s run. JYP, in collaboration with Mnet, produced SIXTEEN, where sixteen trainees had to compete against one another to secure a spot in a girl group, which before the show ended, was revealed to be named Twice. The sixteen contestants were assessed with the usual prerequisite skills of singing and dancing, as well as their personalities and their charisma. For ten episodes, the sixteen trainees duked it out on several challenges, with JYP Entertainment’s A&R team and Park Jinyoung deciding who would compose the “major” and “minor” groups.

This is where the initial controversy with the show started, as the contestants who were classified in the “Major” group were given better treatment, including living in a better dorm (at least for a week), having mentoring sessions with then-current JYP idols, having a van to take them to the show’s shooting locations, and finally having prime training time from 9 in the morning to 9 in the evening. On the other hand, contestants appointed to the “Minors” group had less than stellar living conditions and only had access to the company’s practice room from 9 in the evening until 9 the following day. If that’s not emotionally abusive and sheer cruelty to the contestants who only want to realize their dreams of stardom, then nothing is!

If that’s not enough, controversy pursued the show until its final episode when two contestants who have been eliminated were eventually included in the final line-up for Twice. Momo, who was eliminated in the 4th mission and Tzuyu, a contestant who made it to the final episode but was not chosen to be part of the debuting group but was brought back because of fan opinion, somehow found their way to the final group.

Moreover, it was weird how some contestants like Natty and Somi, who were designated to the Minors group only twice (pun not intended) throughout the show’s ten episodes, not only ended up getting eliminated in the final episode, but were also not considered at all for the final line-up. The reason: JYP said they were a bit too young to debut.  That’s confusing, considering Hyuna debuted with Wonder Girls at age 13 and Suzy debuted with Miss A at 15, and Tzuyu was only a year and nine months older than Somi.

Anyway, those dissenting opinions regarding already-eliminated contestants getting a second chance at the expense of better-but-“underage” contestants were only countered by a statement the company released after the show’s finale:  “We apologize for failing to clearly communicate the selection process, and we’d like to explain it in detail once again. The condition to be chosen as a final member was the votes made by the audience and viewers. However, leading up to the final episode, we thought that the seven members selected officially may leave something to be desired. So, in addition to the seven, we decided that one member would be added solely from the viewer’s opinions (Tzuyu) and one from solely Park Jin-young’s opinion (Momo).”

“Receiving attention for her dazzling appearance since Sixteen”

“if you are led by Tzuyu’s good looks regardless of gender, then you will be in love with all TWICE member’s charm in no time#트와이스 pic.twitter.com/1Fnfpun55e

After the program, the nine “winners” of the contest – Jeongyeon, Nayeon, Mina, Sana, Dahyun, Jihyo, and Chaeyeong, plus the two added on the final episode, namely Momo and Tzuyu, debuted as Twice and released their first single “Like Ooh-Ahh” on October 20, 2015. Immediately after the show, Jiwon, who was eliminated in the showcase episode, decided to leave JYP Entertainment.

Also read: The fun relationship of JYP and Twice’s Dahyun

After Jiwon, Minyoung also left JYPE. In an interview with news site OSEN, she said, “I will be pursuing my dreams somewhere else. I haven’t given up. While I was at (JYPE), I wanted to communicate with the fans, but I was frustrated because I couldn’t. I wanted to say that I got all of the gifts you sent me…I am really thankful; they were a great source of strength for me.”

Despite losing in the program, Somi was next to be in the spotlight as she competed in the Mnet reality girl group survival series Produce 101 in 2016. She eventually finished in first place and debuted with the show’s project girl group I.O.I. While Somi was at the tail-end of promoting with I.O.I, her name, along with the remaining JYPE trainees – sisters Chaeyeon and Chaeryeong, as well as Natty and Eunsuh began surfacing as probable members of a new group JYPE will debut in 2019. However, it wasn’t meant to be as Chaeyoung, Natty, and Eunsuh decided to leave the company in 2017.

On August 20, 2018, JYPE also announced that Somi has terminated her contract and left the company. A month later, she signed an exclusive contract with YG Entertainment’s sub-label The Black Label, where she eventually debuted as a solo artist in 2019 with her title track Birthday. Somi has since then done two comebacks with her latest, Dumb Dumb, being the most successful, and news is rife that her full-length studio album XOXO will be out very soon!

But before that, while Somi was winding up her promotions with I.O.I, Eunsuh, Natty and Jiwon competed on another Mnet reality girl group survival show Idol School. It was only Jiwon who secured a spot on the show’s girl group, Fromis 9, as she finished 6th in the show.

This is Chaeyeon’s 4th survival show and I know she’ll do great. Wishing the best of luck to our pride ❣ pic.twitter.com/NLsINLLQkk

Chaeyeon, the first contestant eliminated in SIXTEEN, has since then followed Somi’s footsteps as she competed in Mnet’s Produce 48, the third staging of the Produce 101 program, where she represented WM Entertainment (home to B1A4 and Oh My Girl). She finished in 12th place, securing her a spot in the show’s project girl group, Iz*One, which debuted in October 2018. There’s still no news about the continuation of her singing career, whether she will promote herself as a girl group member or a soloist. She is currently a contestant in Street Woman Fighter, another reality competition, this time featuring all-girl dance crews. Fans are a bit concerned about the treatment of her by other dancers on the show, who dismiss her as an idol rather than a serious dancer. Others speculate that she is just undergoing the usual Mnet character development of a contestant who has many disadvantages at the start of the competition but leaves her underdog image behind towards the end of the show.

In 2020, Natty finally debuted as a solo artist after signing with Swing Entertainment with the single Nineteen.  She has since then released another single in November entitled Teddy Bear. She has yet to resume promotions this year.

After quitting JYP Entertainment, Minyoung seemed to have given up on being an idol. She has been working at an international school and has since gotten back in the spotlight earlier this year with the launching of her YouTube Channel, where she has posted her own music compositions, song covers, and vlogs, including, of course, some insider info of her time in Sixteen.

After joining Idol School, we haven’t heard a lot about Eunsuh. She got embroiled in a social media tiff after a Facebook account with her name left a shady remark on Somi’s video where she covered Sunmi’s Gashina. She claims that the account is actually a shared account among her friends who don’t have a personal account (most probably because they’re not of legal age yet) and that particular comment was left by one of those sharing the account. She vowed to leave that account and not use Facebook and Facebook Messenger anymore. As for her other social media account, her last Instagram post was in September last year.

Finally, loyalty and persistence have paid off for Chaeyeon’s sister, Chaeryeong, who is the only JYP trainee who didn’t get a spot in Twice but chose to remain with JYPE. She finally debuted as a member of the company’s new girl group, Itzy, in February 2019.

So, we can conclude that the entire SIXTEEN alumnae body has somehow been successful. Twice even released a comeback album, Formula of Love: O+T=<3, in 2021. Now, only if we can have more updates regarding Eunsuh, a new Natty comeback, a successful Somi album, and for Twice to have better songs, then the OG fans can be happier.