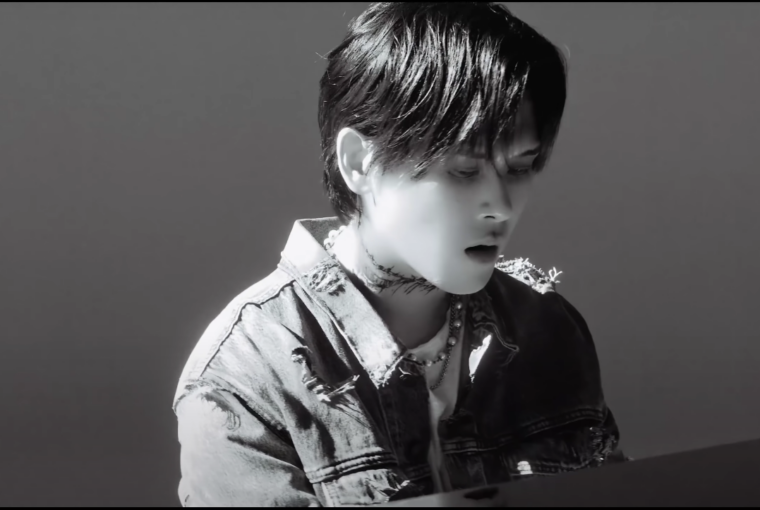 When an idol leaves his or her group, it is said that there are three sides to the story: the company’s official announcement, the idol member’s story, and the rumors and speculations brought to everyone by fans, anti-fans, and armchair analysts. The truth is somewhere in the middle, so in the meantime, let’s take a look back at four idols leaving their groups and what happened after.

The “heard it through the grapevine” reason: Allegedly, Hyuna was having an affair with a male JYP artist who hadn’t debuted yet. The JYP (as in the guy who whispers his name at the start of every song he produces) found out about it and wouldn’t keep her in Wonder Girls. There were rumors that she became pregnant and had the pregnancy terminated which would have been something that JYP wouldn’t condone. The Hyuna incident was also the main reason why JYP dating rules are iron clad and has been strictly implemented on its idols from 2PM down to NMIXX and have never been relaxed, ever.

The official reason: Since Hyuna was still a minor when she was a member of WG, her parents were the ones who requested for her contract to be terminated because of her health issues. Hyuna allegedly suffered from digestive tract problems, particularly gastroenteritis.

The aftermath: Hyuna left JYP Entertainment only to resurface in Cube Entertainment a year (some argue it only took months) later to debut in 4Minute. Meanwhile, WG had a new rapper in Yubin who was sent from Good Entertainment.

The “heard it through the grapevine” reason: Sunmi bid farewell to her five members in February 2010 as soon as they returned to Korea after the Wonder Girls finished touring 50 cities in the US to promote their music. She said the busy schedule and losing appreciation for life were the reasons she decided to take a break from her career. People were quick to point out though that the attempt at having a breakthrough in the US didn’t really produce the desired results, which dealt a big blow to Sunmi’s pride. In other words, the group flopped in the US and Sunmi didn’t take the failure well.

The official reason: JYP released a statement saying Sunmi needed to take time off from the group to fulfill her academic ambitions.

The aftermath: We’ll never really know. But in an episode of Knowing Bros in 2017, Sunmi said, “If I was feeling that at a young age, I had a hunch that my career wouldn’t go very far in the long run. That’s why I needed time alone to reflect and think about what I really wanted to do. After leaving, I realized how happy I could be but also at the same time, envied the other members of Wonder Girls as they continued to perform and be active in the K-Pop scene.”

SUNYE IS AT THE SAME PLACE SUNMI WAS AT SHE JUST POSTED THIS ON HER STORY OMG WONDER GIRLS REUNION ???? pic.twitter.com/MxcWPh498D

Anyway, all’s well that ends well as Sunmi did re-join the group five years after withdrawing in 2010. Rather than a dance group, the Wonder Girls returned as a four-member band with each member playing an instrument, with Sunmi playing the bass.

The official reason: Representatives from A Cube (which later became Plan A, then Play M, before finally settling on IST, but who knows, we may have another name change later) said that Yookyung wanted to focus on her studies and getting a degree. But then, Naeun, Namjoo, and Hayoung were also still studying at that time, so…

The “heard it through the grapevine” reason: The company that has changed names many times practically dodged a bullet on that one since Apink at the time of Yookyung’s departure wasn’t as big as they have become today, so not a lot of people were that invested in the group just yet. But then, when the group finally had their breakthrough from the No, No, No to Mr. Chu era, the topic of  Yookyung’s departure was revisited and everyone was blamed, from the girls allegedly bullying Yookyung to Cube allegedly kicking her out. Yookyung’s dad got involved in the matter in 2015, clearing the air, the girls, and Cube Entertainment. He said (rather, tweeted) that the girls were at the mercy of A Cube and would not have dared to misbehave. He also said that Cube Entertainment didn’t have anything to do with his daughter’s departure since A Cube was independent of Cube at that time.

Which leaves A Cube/the company that has changed names many times as the remaining culprit of the incident. Understandably, Yookyung was the least popular member of the group and her dad was a very successful businessman, so reading between the lines of his tweets, the company might have asked him for “donations” should he wanted his daughter to remain in the group and failure to give financial assistance to the company would result in his daughter’s “dismissal”. Yookyung “left” the group, so we can safely conclude what happened there.

The aftermath: Years later, on a Youtube channel that interviews people who had brushes with fame, Yookyung did clear up speculations of her departure from the group. She continues to be friends with the members (and ex-members, considering that Naeun has also left Apink this year) of the group, so any allegations of bullying should have already been discounted. Also, she said that she never wanted to leave, seeing as she was the member who had the longest training period before getting into the group and she thoroughly loved performing and music up to now. She also said that after her departure from Apink, she got offers to join other girl groups, but since she doesn’t want Apink‘s reputation to be besmirched, she opted to turn down those offers in the hopes of joining Apink in the future.

So, yes, that practically leaves the “Mr. Hong versus the company that has changed names many times extortion theory” the only viable option.

The official reason: Shin Yejin, professionally known as JinE, had the longest training period among Oh My Girl members before their official debut in April 2015. She trained for four years starting April 2011. Since debuting, Oh My Girl JinE has been known for her short height and beautiful face. This is characterized by side-swept bangs. She is even compared to actress Han Jimin as many people say they look alike.

However, whenever JinE would present a healthier look during their comebacks, there would be fans who will point out that she had packed on pounds and looked unattractive. Meanwhile, there are also those who keep on pointing out to Jin-E that she is so thin to the point that it doesn’t look okay and it sets an unrealistic picture to young girls that they have to be that thin to be recognized. Poor girl was so confused that ultimately, she developed eating disorders.

In 2016, WM Entertainment announced her hiatus from activities to focus on receiving treatment for anorexia nervosa. Due to her health issues, she did not participate in Oh My Girl‘s fourth EP Coloring Book. At the time the company announced her departure in 2017, Jin-E not only had physical concerns but also realized that the idol life may not be for her.

The “heard it through the grapevine” reason: None, because in November 2017, Jin-E herself wrote a letter to her fans explaining her situation. She also wrote in her letter that she dreamt of becoming a singer for a long time. However, she had physical and psychological difficulties. She then said that she will return to her ordinary life as Shin Hyejin and try different things because she had realized that even though she loved singing and performing, the pressures of maintaining a physical appearance for the public was not something she could handle.

The aftermath: Oh My Girl went on to succeed as a 6-member group, while Jin-E has returned to social media as a “regular citizen” and now appears to be healthy and happy, without the pressures of looking perfect. She is now a social media influencer who has been endorsing cosmetic brands on her Instagram page.

The “heard it through the grapevine” reason, part 1: Here is one tale of an idol leaving his group that nobody really saw coming. In 2017, when it was time for the boys of Infinite to renew their contracts with Woolim Entertainment, speculations were rife that a certain member would not renew his contract and leave the agency, BUT would not leave the group. Because during that time, L aka Myungsoo was having so many acting projects, it was speculated that L will be looking for another agency that would promote the development of his acting career. Thus, the rumors that he may look for a separate acting agency while still continue promoting with Infinite as a member of the group.

Alas, a bombshell was dropped among Inspirits when it was announced that Hoya will be leaving not just Woolim Entertainment but also Infinite.

The official reason: Woollim’s official statement read, “With the exception of Hoya, INFINITE members Kim Sunggyu, Jang Dongwoo, Nam Woohyun, Lee Sungyeol, L, and Lee Sungjong have completed contract renewals. The agency is working on reorganizing as a six-member group, and we plan on actively supporting their group and individual activities as we are now. Lastly, we ask for your unchanging support for the futures of the six members of INFINITE and Hoya.”

The “heard it through the grapevine” reason, part 2: So, why did Hoya leave Infinite? Apologists initially speculated that the group’s main dancer never healed from his injuries and heart condition and that he didn’t want to burden the group with his personal situation, making him decide in the end that it would be better to leave the group.  But then, months later, Hoya would resurface in the music scene as a solo artist under Glorious Entertainment with the EP Shower and the single Angel. And he was still busting ’em main dancer moves, all right.

Hoya himself admitted that it was more differences between him and Woolim Entertainment that caused his decision to leave the group. In an interview with Radio Star, he said, “The things that I wanted to do and what the company wanted to do were different, and the contract expiring happened to be around the same time, so I left.”

He also claimed that his members already knew of his decision months before contract renewal season came.

The aftermath: Hoya is still dancing and singing and has recently joined the popular “reality dance” competition Street Man Fighter. As of the moment, everyone except Woohyun has left Woolim, although all six still claim to be members of Infinite.

Looking back, we have had so many idols quitting on their groups and so many stories behind these events versus what really happened, so stay tuned for more of these flashback stories soon!

Featured Image: Youtube Screengrab from Hoya’s single “Stay with me”