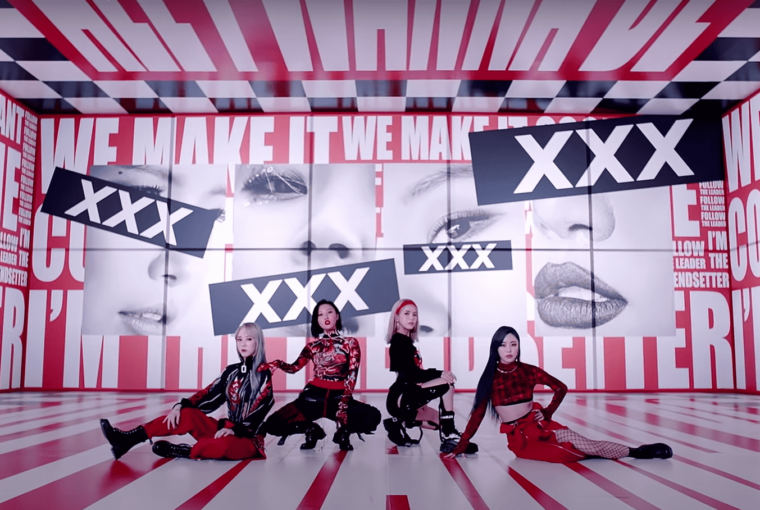 Previously, we featured five awesome male idol group concepts. Now, it’s time to shine the spotlight on some of the most iconic concepts of Kpop girl groups. Here are five memorable K-pop girl group themes that keep fans coming back for more.

You can’t think of girl crush without mentioning the OG group to absolutely slay the concept—2NE1. CL, Bom, Dara, and Minzy debuted at a time when girl-next-door and sexy were at their peak, and the quartet immediately made a splash with the energetic track Fire. Their 2011 hit, I Am The Best, was peak girl crush, and their edgy, badass style paved the way for the current generation of girl groups.

Another second-generation group that embodied the girl crush concept is 4Minute. The girls showed off their strong and fierce style in their music videos, particularly in Crazy. Mamamoo also climbed up the charts by breaking the stereotypes of what a girl group should be like. The vocal powerhouses were cheeky and confident in Hip, and free-spirited and sexy in Starry Night.

Blackpink further popularized the concept and took it to the global stage with their debut track Boombayah. The girls were also pretty and savage with their record-breaking hits Ddu-Du Ddu-Du and Kill This Love. Monster rookies (G)-Idle leads the pack in the fourth generation with their debut hit Latata. Other fourth gen groups to put their own spin on this theme include Weki Meki with Crush and ITZY with Wannabe.

The dark concept isn’t commonly used in Kpop girl groups, so it immediately makes an impact when female idols dive into this theme. Two groups were brave enough to cross over to the dark side. Dreamcatcher made a splash with their rock-infused sound and eerie debut music video for Chase Me. The group remains committed to the dark and creepy with their succeeding singles, such as Good Night, Scream, and Odd Eye.

Red Velvet’s dual concept allows the girls to seamlessly switch from bright (“red”) to brooding (“velvet”) in every comeback. The group perfectly plays their “velvet” side in their music videos for Peek-A-Boo, Bad Boy, and Psycho. The Irene & Seulgi sub-unit also nailed the sinister vibe with Monster.

K-pop has more music videos inspired by the creepiest holiday of the year. Check them out in our Halloween-themed K-pop MVs article.

Second-generation Kpop girl group Brown Eyed Girls dialed up the hotness meter and shot to stardom with Abracadabra. The sensual choreography and music video also sparked the “arrogant dance” trend. The women of SISTAR are not only the undisputed summer queens; they also owned the sexy concepts, especially in their sultry music videos for Alone and I Like That.

2014 must be the year for sexy concepts, with the release of AOA’s Miniskirt and Like A Cat and EXID’s Up & Down. Girl’s Day is another group that’s well-known for their sexiness. Their song Something won the Best Dance Performance by a Female Group at the 2014 MNET Asian Music Awards and spawned numerous covers by fellow idols.

Just like their sunbae labelmates EXO, rookie group Aespa’s concept is deeply rooted in sci-fi. The group is part of the SM Culture Universe—SM Entertainment’s worldview that includes all of the groups under the agency. Karina, Winter, Giselle, and Ningning, along with their virtual alter egos, were introduced in the group’s debut single Black Mamba. The group’s storyline continues in their follow-up single Next Level and in their latest EP Savage.

Cosmic Girls (WJSN) take fans into another world complete with shooting stars, flying cars, and interstellar travel with their music video for Secret. Twice makes sci-fi cute as they try to communicate with an extraterrestrial love interest in Signal. Even legendary girl group 2NE1 took a stab at the sci-fi concept in their video, taking on the roles of rebels in a dystopian world for Come Back Home.

Cute/girl-next-door is one of the most popular concepts in K-pop, but girl groups always make sure to put a fresh spin to the idea in every comeback. One of the first groups to earn the nation’s girl group title, Girls’ Generation, are the queens of the girl-next-door theme. From the earworm Gee to the genre-bending I Got A Boy to the retro-cute Lion Heart, these ladies continue to serve the perfect visuals and vocals every time.

Red Velvet has struck the perfect balance between creepy and lively. Power Up, Red Flavor, and Queendom’s cheerful and refreshing sounds are paired with colorful music videos that showcase their quirky charms. Twice has mastered the cute concept as well, seen in their videos for Cheer Up and Heart Shaker.

Produce 101 group I.O.I also released songs that fit the cute concept, especially Very Very Very. Lovelyz were adorable in their music video for Ah-Choo. More recently, Oh My Girl cranked up the aegyo and made waves with Dolphin.

This is just the tip of the iceberg, because female idols take inspiration from anywhere and everywhere for their music! What’s your favorite girl group concept?

The Rise, Fall, and Weird Future of MOMOLAND