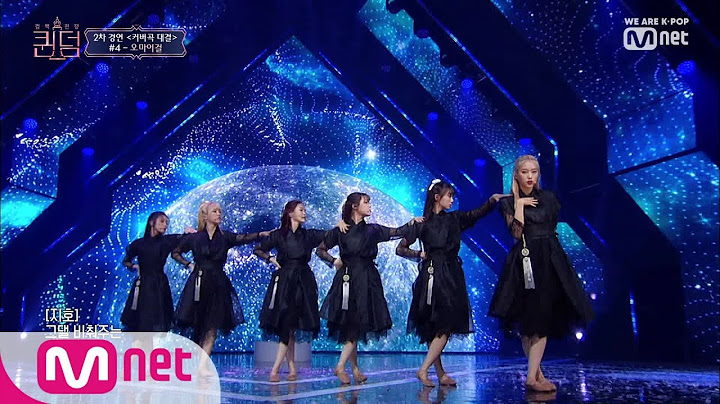 Since we’ve already covered some iconic performance stages from boy groups, it’s just right for the ladies to get some attention. Here are a number of performances that prove that girl power is indeed alive and well in k-pop.

SNSD Grants Wishes From a Helipad

There was a time (c. 2009-2012, to be exact) when the music show Music Core blessed fans with “outdoor performances,” which for the most part… worked in their “fresh” approach. Infinite danced on water to their debut song Come Back Again (probably a tribute to their MV where the boys danced in the rain?), Rainbow sang To Me with colored fountains as background, SISTAR sang Push Push in a waterpark (yes, Music Core producers had a water fixation for a time), A-Jax in a clearing in the middle of a field, APink in what looked like a countryside garden with white statues guarding them. And who can forget the iconic Sunny Hill performance of Midnight Circus in a condemned garage with flattened cars piled on top of each other serving as their background? But that is totally dangerous and deserves its own article.

We are here to talk about the Nation’s Girl Group singing Genie, wearing their navy uniform costumes in a skyscraper rooftop helipad! As the girls were in their sexy navy garb, one would expect Music Core to exploit that element to their advantage, bringing the SNSD live performance to a marina maybe, or an oil tanker? But no, they opted to have the girls sing while kicking imaginary dirt (that choreography actually has a name – leg beauty dance) in a helipad.

And in an era where drone videography was still an alien concept, the show used actual helicopters to circle around the rooftop, with cameramen taking overhead footage of the performance. Actual helicopters and rooftop rental – that should have cost a leg! Fortunately, the show’s efforts paid off as the SNSD performance holds the record as the most-watched performance in Korean television history, with 8.6 million viewers.

Be warned: This is definitely not your usual live stage.

It was April 2018 and for the two Koreas to show a warming of their relationship, South Korean musical acts went to Pyongyang to stage a two-day concert entitled “Spring is Coming” . Among those acts was Red Velvet. Yes, Irene, Seulgi, Wendy, and Yeri went north of the 38th parallel to spread some happiness, and how! Before you complain, Joy had to finish filming scenes for her drama, so her schedule did not permit her to visit Kim Jongun.

To say that the performances were scary is an understatement. Take note that North and South Korea are still technically at war and are only enjoying an extended ceasefire, so just thinking about that should scare the living hell out of any performer. The girl’s first performance in the 1,500-seater East Pyongyang Grand Theatre was Red Flavor. Song – perfect, outfits – honestly, I was scared for Seulgi and Yeri who were wearing shorts but with knee-length boots, audience – stoic throughout except for this one lady who smiled during Seulgi’s first lines. Seriously, watching that stage made me want to pee in my pants.

After Red Flavor and a short talk came Bad Boy.. Song – scary. Choreography – scary, with the gun gestures.   And true enough, in an episode of Knowing Bros, Seulgi admitted to having agreed to change the rifle cocking move she was supposed to execute with something like her left hand cupping her mouth, like she was going to whisper something. Alas, during the performance, her nerves got the better of her, so she forgot the agreed replacement, though she had some sense to convert her rifle into a pistol just in time. Luckily, the audience still received it well and no wars were declared. Besides, various credible sources claimed that the supreme leader was so smitten by Red Velvet’s leader that those small incidents can be easily ignored.

Idol groups performing under the rain and consequently, a wet stage are not that rare, with countless members getting caught on fancams suffering from all sorts of accidents from small slips to face-first dives.  Examples of “accident-prone” idols include SISTAR’s Bora who famously fractured her thumb in the middle of singing Shady Girl as she used her hand to balance herself as she fell. The performance had to be stopped, the rapper’s thumbs had to be bandaged, and guess what, the group redid the entire performance before the injured member was sent to the hospital. For a group whose footwear options in their live performances were limited to stilettos and chunky platform heels (their choice), almost all members have been victimized by wet stages.

Oh My Girl, WJSN, and LABOUM have also had a fair share of wet stages, with some performances having the members wear raincoats while dancing. How’s that for dedication?

But perhaps the most memorable idol wet live stage in history is GFriend’s Me Gustas Tu performance at the 2015 Hyundai Eco-Driving Concert. From the start, you can already see some of the members kick water to the side in vain attempts to dry the stage. For a close to four-minute performance, main vocal Yuju fell not once, not twice, not thrice, not four times, but FIVE times, with the final spill only, milliseconds before she had to do a vocal run adlib. The other members also slipped at least once, but it was simply amazing how Yuju survived without injuries save for some minor bruises and a bit of trauma, for sure.

Even if the audience cheered them on by chanting “gwenchana” (it’s ok!) as they exited the stage, you can’t help but feel sorry for the girls. But then, these stages give way to the birth of legendary groups, which begs the question, when should death-defying performances be acceptable and when should groups put their foot down and say no for their health and safety? .

Oh My Girl Makes Destiny Their Own

So, we were supposed to end up with the two remaining groups, Oh My Girl and Lovelyz exchanging songs, a scenario both groups wanted to avoid since their concepts are too similar. However, Lovelyz won a challenge, which rewarded them with their own say on what song they will perform in the next round. Thus, instead of singing an OMG track, they went with Brown Eyed Girls’ militaristic Sixth Sense. With no available options for them, Oh My Girl ended up signing the usually bright Destiny, but with a twist.

Instead of doing a teenybopper version of the track as they were expected to do, the girls of WM Entertainment went the mystical route, giving the song an ethnic and mysterious feel with traditional musical instruments. With resident rapper Mimi adding an additional rap verse and the choreography undergoing a major do-over, the OMG is way distinct and unrecognizable from Lovelyz’s version. The performance received overwhelmingly positive reviews from viewers and even from the contestants themselves. Oh My Girl’s cover of Destiny went on to chart as one of the highest songs from the reality show. Not bad at all for a version of a song long identified with another group.

This is by no means an exhaustive list of iconic girl group stages. So, here’s hoping we can have more iconic stages in the future.

Call of Duty: Five K-pop Idols Due for Enlistment in 2021