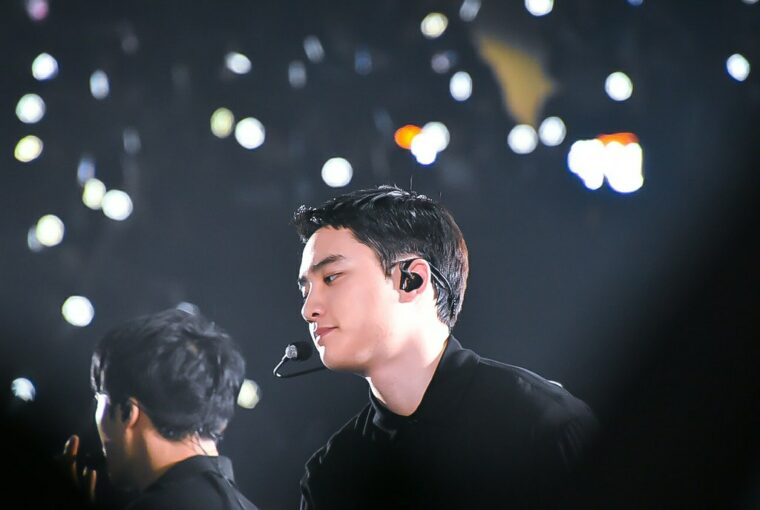 These days, a lot of members of third generation boy groups (groups that debuted from 2012 to 2016) have either started or about to start their military enlistment. This means that for the idols of this generation who moonlight as actors, their filmographies are currently on hold, and for those who still have a few years before they turn the big 3-0, Korean age, there’s still some time left for them to work on more entries to add to their portfolio.

In the meantime, here are six third-generation idols who have established quite a filmography; one already finished with his enlistment, two currently serving their time, and three still having a few more years to go before the military beckons:

For someone known as the “Face Genius” (IKR? Who knew a face can be a genius?),” it is inevitable for Cha Eun-woo to be an actor-idol. True, many critics rushed to ask that necessary question, “But can he act,” and for a time, Eun-woo had his birthing pains (read: awkward performances) at the start of his acting career. That he has been conveniently typecasted in pretty boy roles (in dramas entitled True Beauty and My ID is Gangnam Beauty at that) may not really help him establish his acting cred, but it is great to note that since his acting debut in the 2015 web series To Be Continued, netizens and the general public have agreed that there has been a remarkable improvement in the thespian skills of the generally accepted owner of the “most symmetrical face in Korea.”

Acting debut: a cameo in the movie My Brilliant Life in 2014

Where to catch him next: Decibel, a military action thriller that will mark his first major role in a film. No release date for the film yet.

A list of idol-actors will not be complete without EXO’s D.O. The thing about D.O is that, unlike most idols who have ventured into acting, any doubt of his acting skills were immediately quashed in his TV drama debut as Jo In-sung’s high school-aged fan in It’s Okay, That’s Love and his first major movie role in Cart, both released on the same year. From the get-go, actor Doh Kyung-soo has displayed versatility, sensitivity, and depth in his varied performances. He is such a great actor that he actually has some acting awards to show for his solid talents.

Latest release: 2018’s Swing Kids, released while he was already in military service

Where to watch him next: The Moon, a sci-fi thriller directed by Kim Young-hwa, who D.O has also worked with in the two Along With the Gods movies.

By the time Jinyoung debuted as a vocalist in JYP Entertainment’s Got7 in January 2014, he already had two acting credits under his belt. As Ui-bong in Dream High 2 and Ddol-yi in When a Man Falls in Love (where he appeared with his fellow JYP trainee and future groupmate JB), he has a penchant for portraying characters that viewers can’t help but fall for. Since then, he has proven his acting chops with a film and numerous TV roles.

Where else you can watch him: A Stray Goat, his film debut and He Is Psychometric, When My Love Blooms, The Legend of the Blue Sea, My Love Eun Dong, The Devil Judge, and Yumi’s Cells.

In the group SF9, Chani may be the more established actor, having appeared in numerous TV series as a child actor. But this hasn’t stopped bandmate Rowoon from also establishing himself as another member with serious acting chops. Since debuting in MBC Every1’s Click Your Heart, RonVely has consistently delivered with “good boy” performances in series such as School 2017, About Time, and Where Stars Land. Here’s hoping we can see all 190.5 cm of him on the big screen soon.

Where else you can watch him: Extraordinary You, She Would Never Know, and Yeonmo.

Suho is one of those idols whose acting credentials, unlike D.O, have unfortunately been questioned from the start. From speculations of his getting roles solely because of his looks and his established fanbase to mediocre reviews of his performance, Kim Jun-myeon’s acting trajectory has been uneven. But then, with his two most recent roles as as haughty CEO in Rich Man, Poor Woman and as a pastry chef in the magic-infused How Are You Bread, Suho has found a niche in playing dazzlingly handsome characters. Exo’s leader is currently completing his military enlistment, so let’s see what the future holds for his acting career!

Where else you can watch him: the movies One Way Trip and Middle School Girl and 2017’s The Universe’s Star.

BtoB’s maknae brings the quirkiness and excellence his group is renowned for in his acting performances. To hold your own against acting giants Gong Yoo and Lee Dongwook in the legendary Goblin is quite an achievement. He continued his pitch-perfect delivery in Mystic Pop-up Bar, where he played the innocent and simply adorable Han Kang-bae. The thing with Sung-jae is that his performances are so precise for the roles – any other actor with lesser skills can render the characters flat.

We know, you may be looking for some idols excluded from this list (read: V, Joshua, Jun), but then V and Joshua have acted in only one TV show so far and Jun has only been acting in Chinese projects. The good news is V still has a few years before his mandatory enlistment, which means he still has time to add some film and TV credits, while Chinese Jun and American Joshua won’t have to enlist at all. Besides, I’m still waiting for the day Mr. Kim Seok-jin gets bitten by the acting bug. Until then, we have a lot of catching up to do with all those movies and series listed above.