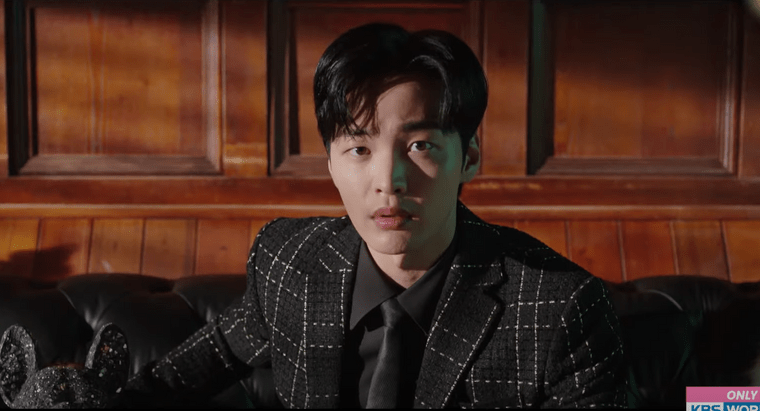 Are you looking for dramas to follow that happen to feature your favorite idols-turned-actors? Here are five of them, all of which generated quite a buzz last year for their stories and high-profile casts, including some very familiar personalities you may have seen on stage, singing and dancing before.

Yumi (played by Goblin and The King: Eternal Monarch’s Kim Goeun) is an ordinary office worker whose inner mind workings are displayed using animation of the “cells” that represent her drives, thoughts, and emotions, as what you may have seen in the movie Inside Out. However, the cells that represent love in her mind are in a state of coma, as she has yet to recover from her last relationship which failed. This is where other of the drama’s characters, game developer Ku Woong (Ahn Bohyun), and her officemates  Ruby (Lee Yubi) and Seo Saei (Park Jihyun), come in to help in reviving Yumi’s love cells.

Idol appearance: SHINee’s Flaming Charisma Minho appears as one of Yumi’s colleagues, which she has feelings for, only to find out he has a girlfriend.

As its title suggests, Lost is a drama about people who feel adrift. There’s a 40-year-old woman Bujong (played by actress Jeon Doyeon, known for being the first Korean to win Best Actress at Cannes in 2007) who works as a ghostwriter. Bujong feels she hasn’t achieved anything in her life and she doesn’t know if she is living an existence with any direction. On the other hand, there’s a 27-year-old man named Kangjae (played by Ryoo Joonyeol of Reply 1988 fame) who lives in constant fear that he might end up as a nobody.

Jo Yeonjoo (played by Miss Universe 2007 3rd runner-up-turned-actress Honey Lee) is a prosecutor who engages in questionable practices. A case she handled made her lose her memory, which somehow led her to live as Kang Mina, a daughter-in-law of a chaebol family, who also happens to look just like Yeonjoo. Meanwhile, there’s Han Seungwook (Lee Sangyoon) who is the son of the chaebol family and hasn’t gotten over his first love. But is sort of forced to be involved with his wife Mina, who he doesn’t know is already Yeongjoo.

Idol appearance: EXID’s Jeonghwa who plays Han Seongwook’s girlfriend and old lover who he abandoned for Kang Mina. She keeps her career as the representative announcer of the broadcasting company, conducting the 9 o’clock news despite being left for another woman. You can also see Weki Meki ‘s Doyeon playing the young Mina in flashback scenes.

In the grand tradition of dramas such as The Penthouse: War in Life and Sky Castle, the show is about the hypocrisies hidden behind the perfect lives of the women who are part of the top 0.1 percent bracket of society. Song Yeoul (Cho Yeojeong, who gets to play an elite housewife again after her award-winning turn in Parasite) is framed for murdering her husband. Her supposed friends in her exclusive circle include Nam Jiseon (Kim Jisoo), who is the star among the mothers at the international school where the children of the elite go, Hwang Nayoon (Park Sejin), a single mother who is the only one friendly to Yeoul and Cha Doyeong (Gong Hyunjoo), an actress who is past her prime and is a disciple of Jiseon because she wants to be in the limelight.

Idol appearance: Former After School member Lee Gaeun (aka the Produce 48 contestant who was wrongly eliminated by the show producer’s manipulation) plays a teacher in the international school where the children of Yeoul’s children go.

School dropout but keen moneymaker Jin Moohak (Kim Minjae) is part of a family that runs the global restaurant franchise firm Dondon F&B, a company that started out as a gamjatang (pork bone stew) restaurant. Kim Dal-Ri (Park Gyu-Young) is a visiting researcher at an art gallery and being the only child of a prestigious family is quite spoiled, so she is lacking in household chores. The two meet without knowing about each other’s backgrounds, with one being the son of an uneducated family with thriving wealth and the other being the daughter of a prestigious family whose fortunes are declining because the art gallery is going bankrupt.

Idol appearance: Momoland’s Yeonwoo, a gallerist and the daughter of a National Assembly member.

While waiting for your favorite actors to stage their comebacks on the small screen or streaming services, why don’t you try these five shows, that is if you weren’t able to catch them last year. All five have gotten a lot of thumbs-ups from viewers. So they won’t disappoint! Besides, since they’re already done, you don’t have to wait for weeks for binge-watching them. So, what are you waiting for? Get ready for k-drama marathons with these shows.

The Short and Sad Story of Kpop Group X1