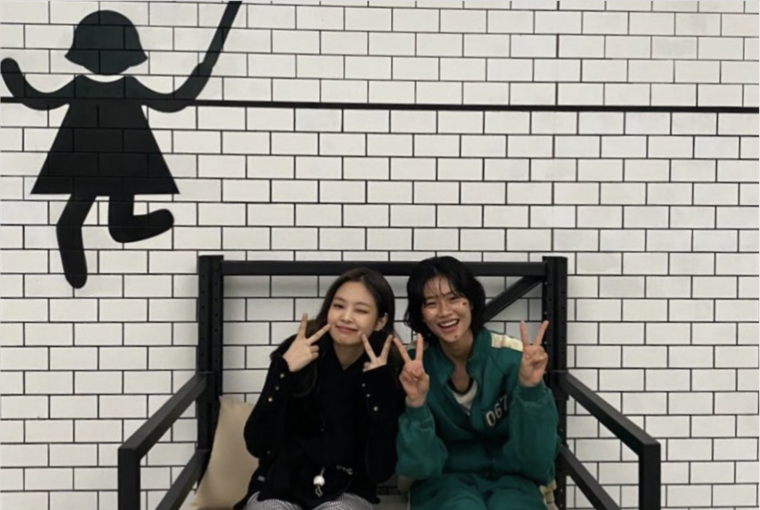 BLINKs already know that Jennie is one of the coolest people in the world. In addition to being a true all-rounder, the BLACKPINK member knows how to treat her fans right. So it’s no surprise that “Squid Game” star Jung Ho Yeon is saying that her friend is a true angel.

The friendship between Jennie and Hoyeon is truly adorable. The two celebrities have been very supportive of each other’s careers, and Hoyeon admits that she is still surprised by the BLACKPINK member’s generosity.

the friendship between hoyeon jung and jennie kim is just 🥺🥺🥺 pic.twitter.com/cTLEe0E7OH

Jung Ho Yeon was recently interviewed by Herald POP where she spoke about “Squid Game”. At one point, the model also opened up about how her friend Jennie Kim reacted when Hoyeon was cast in the Netflix show.

“Jennie was happy for me ever since I told her I was cast in ‘Squid Game.’ She sent me a coffee truck, and she actively cheered me on by even uploading to her social media,” Hoyeon said.

That’s not the only thing that Jennie has done to support her friend. Jung Ho Yeon had previously shared a photo of the two on the set of Squid Game. This confirms that the Solo singer visited Hoyeon while the latter was filming to give her full support for her friend.

The generous act is something that always impresses Jung Ho Yeon to the point that she compares Jennie to a real angel.

“Jennie is always there on the list of people I’m grateful for while acting in ‘Squid Game.’ She congratulated me so happily, as if my joys were also her own, that I wondered how such an angel could exist,” Hoyeon said

It’s great to know that Jennie is truly supportive of her friends despite her busy schedule. There is little doubt that her friendship with Jung Ho Yeon will continue to stay strong

What We Know About SEVENTEEN’s October Comeback So Far

ENHYPEN Members Recover From COVID-19 In Time For October Comeback