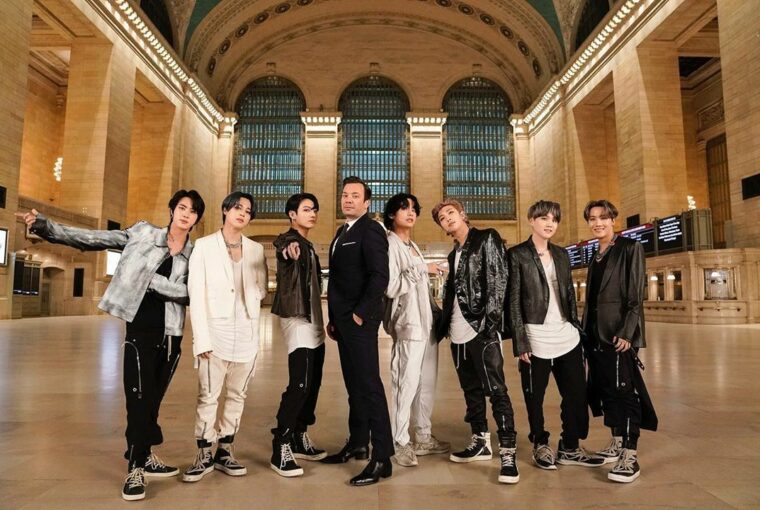 Looking for amazing live performances so you can calibrate your standards. Here are five performances to start you with. Take note that the following were not considered to keep the options limited:

Only a few idol groups can boast of having performed in Gwanghwamun Plaza. An iconic Seoul landmark that boasts of monuments to Admiral Yi Sun-sin (remember the 2014 epic movie The Admiral: Roaring Currents?) and King Sejeong (of hangul fame), the public square has been immortalized in the 2009 KBS hit series Iris, where a long gun chase scene was filmed. And if you are an ELF, you may have listened to Kyuhyun’s debut song, At Gwanghwamun countless times. But although the area has been designed and renovated for cultural events, no idol group has had the chance to perform in it.

That all changed in 2012 when B2ST filmed their comeback performance of Beautiful Night for Inkigayo in Gwanghwamun Plaza. On July 26 at 11 PM (an hour short of midnight, which may be a nod to their EP’s title, Midnight Sun), an estimated crowd of 4,000 fans flocked to the square to see Junhyung, Dongwoon, Yoseob, Gikwang, Doojoon, and Hyunseung stage a guerilla performance with the historic gate as their background. It was a beautiful night, indeed as the group’s performance on the makeshift stage gave a similar feel as the song’s MV, which showed them performing before an American crowd in a US location.

With their Gwanghwamun live stage, B2ST not only successfully proved themselves as one of the most popular groups of k-pop’s second generation, but also cemented themselves in the annals of Korean pop music history.

The World Revolves Around BIGBANG

What can you say about BIGBANG, a group that treats each and every live stage performance like it’s part of their concert? Brash, high-energy, and loud are some words you can always use to describe their live stages. But when it comes to their ballads, how do they perform them? With intimacy and a lot of charisma, obviously. In the 424th episode of M Countdown, G Dragon, TOP, Taeyang, Daesung, and Seungri performed Loser very intimately, in a circular revolving stage, surrounded by VIPs loyally waving their yellow lightsticks. Watch this performance and dare say you’re not at the least impressed with their live performing skills.

A list of memorable live stages would not be complete without the Concept Kings. VIXX has established themselves as a group that executes every single concept with so much slay that Starlights can only consider themselves the luckiest fandom in all of k-pop. Duality of darkness and light? Check with Hyde and subsequent Jekyll stages. A dark concept bordering on horror? Check with Voodoo. Sci-Fi futuristic love story? Check with Error. Polished but bordering on risque with chains and bondage? Check with Chained Up. Sexy nobility with aggressive hip-thrusting? Check with The Scentist.

But nothing has been more iconic as a VIXX concept, at least in the aesthetic sense, than 2017’s Shangri-La. Six sexy men dancing in flowing robes? Check. Six sexy men dancing with fans? Check. Cherry blossom background? Check.  Each and every live performance of Shangri-La is simply beautiful to watch, and the 2017 MBC Music Festival performance with the group adding remix portions to the song only meant more dance breaks and aesthetic elements. As soon the group closed their fans and executed their ending pose, every viewer was left wanting more while being thoroughly satisfied.

BTS puts ON a Show in Grand Central Terminal

How else can a groundbreaking group perform a historic song than staging a live performance in one of the world’s most iconic locations? And that’s exactly what BTS did when they performed the lead single off their album Map of the Soul: 7 in New York City’s Grand Central Terminal for The Tonight Show with Jimmy Fallon.

When the seven perform ON with dancers doubling as a post-apocalyptic drumline, even those who haven’t enlisted themselves as ARMY would surely appreciate this single-take live stage. As most, if not all of us, are quite spoiled with the work done by Korean music show camera operators, we may have a couple of items to critique with the American show’s shots, as some members get cut in some moments, but our nitpicking obviously doesn’t diminish our appreciation of this historic performance.

If you’re looking for excellent live stages, you can never go wrong with SEVENTEEN. Any and every single SEVENTEEN live stage is guaranteed to give you the best choreography, vocals, fashion, synchronization, and overall energy. And all of these factors are perfectly embodied in their comeback performance of Thanks on M Countdown in February 2018.

The live vocals are flawless, the sharpness of the intense movements can cut anyone, the perfect balance between precision and flair of the transitions are glorious, and THE FORMATIONS! No words to describe the hard work displayed by the program’s cameramen in showcasing the group’s beautiful formations. The cuts from zoomed-in shots of some members to panoramic shots to overhead shots that show the formations in full effect are breathtaking. The 9.3 million views the video has gotten is a testament to the beauty of this masterpiece.

Watching these performances shows the amount of work and dedication our idols put into their live stages. A single performance is a result of countless hours of practice and vocal recording sessions all members subject themselves to.  And we haven’t even mentioned legendary performances from SHINHWA, Super Junior, EXO, and Infinite, to name a few. Here’s to more exciting live stages to come!

Jay B Releases First EP, Hints at Possible GOT7 Reunion