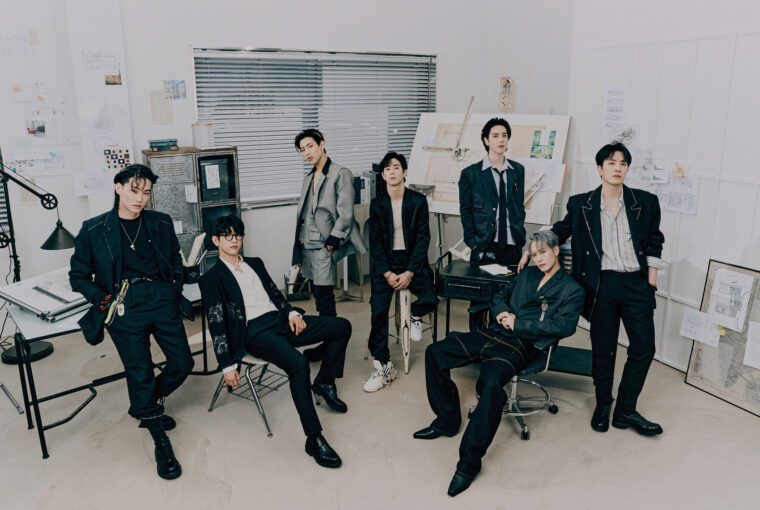 When we talk about entire groups leaving their parent company, we would most likely think about Shinhwa, which decided to leave SM Entertainment after the company didn’t feel like re-signing Dongwan and Beast. The group, except for member Hyunseung, also left their agency Cube in 2016 to establish their own company and rebrand themselves as Highlight. But SM and Cube are quite renowned for their not-so-nice treatment of their idol groups – and fans usually comment that they may have deserved their talents quitting on them.

On the other hand, JYP Entertainment, which had the reputation of being the most “humane” company out of the Big 3 agencies (at the time when NigHit/HYBE was still a struggling agency) had another thing coming when all seven members of their group GOT7 quit them and reunited elsewhere.

While it was true that JYPE isn’t really known for gross maltreatment of their idols as say, SM, Cube, or Pledis are (not to mention YG which has the reputation of putting talents in their dungeon for years before being given a comeback), JYP through the years also had reputation of conducting “micro aggressive” behavior towards their idols.

Through the years, it has been blatant that JYPE favors their female groups over their male ones although the latter has also contributed a lot to the company’s profile (Wonder Girls, Miss A, TWICE, and ITZY over 2AM, 2PM, GOT7, and Stray Kids). As mentioned earlier, there was that awkward handling of the Jay Park incident. Then, there’s preferential treatment of “star” members like Sunmi and Suzy over the other members. Then, there was GOT7.  Here are some talents that may have proven that JYP Entertainment isn’t the most wholesome entertainment agency it has made itself to be through the years.

Here’s one of those K-pop stories with a ton of contradicting accounts: Was he removed? Was he forced to resign? Did his members kick him out? Even before a similar incident was going to happen to Girls’ Generation Jessica years later, the original idol who was subject to such divisiveness was Jay Park aka Jaebeom when he was still with 2PM.

Jay Park started in the industry with a high profile as he won Mnet’s Hot Blood Men, a documentary-style reality program that showed the future members of One Day, split as idol groups 2AM and 2PM, in training. Being the winner of the program allowed him to become the leader of 2PM. In 2008, 2PM debuted with the song 10 Out of 10 (Ship Jeom Manjeome Ship Jeom) on the music program M! Countdown after the release of their first mini-album, Hottest Time of the Day, a few days prior. With a healthy mix of activities with the group that he led and solo ventures, he quickly became one of the most popular idols in the industry, not just among the talents of JYP Entertainment.

Jay Park got in a polemic into MySpace (a little earlier than the last episode)? So as a result the episode was never aired. pic.twitter.com/qoBBvJ6gTO

Things started going south when on September 4, 2009, unfavorable comments towards Korea were found on Park’s personal Myspace account from 2005. The comments, written in English to a friend, were translated by Korean media, quickly spreading across hundreds of news articles. Park expressed deep remorse and shame over his forgotten words and issued an official apology. He explained the unhappiness he experienced during his early days as a trainee in an unfamiliar country where he lacked family, the ability to easily communicate, and an understanding of the culture.

Although there was a strong outcry among Korean fans, who demanded that Park should be removed from 2PM, JYP Entertainment’s CEO, Park Jinyoung, stated on September 7, 2009, that he was going to continue as a part of the group. However, the next day, Jay announced on his official fan cafe that he would be leaving the group to calm the situation and return to his hometown, Seattle, Washington. He also apologized to the other 2PM members, and promised that he would “come back a better person”. JYP then confirmed that 2PM would continue as a six-member group. Additionally, due to the sensitive topic of Park’s departure, all 2PM members were withdrawn from their regular appearances on variety shows, and the final episode of their reality show, Wild Bunny, was postponed indefinitely. Jay’s vocals would not be removed from the older songs he promoted with 2PM, but he would be absent from the newer tracks, and the remaining six members of 2PM re-filmed their music video for Heartbeat without him in October.

2PM‘s first official album was titled 1:59PM, to symbolize Jay’s absence, according to the six remaining members. Through their acceptance speeches at end-of-year award shows for Again & Again, the members thanked him and reiterated their wish for his return. At the Mnet Asian Music Awards, the group paid homage to him during their performance of the song with a spotlight shown over his usual position in the dance formation and his lines left unsung.

With the new year of 2010, the Korean public’s perception of the events gradually shifted as they became more understanding of Jay’s plight during his teenage years as a trainee, igniting public demand this time for his return to the 2PM lineup. However, on February 25, while people thought that Jay would likely return, JYPE suddenly announced that Jay Park’s contract with them had been terminated, citing a separate “personal mistake” that Park had made in 2009. JYP would make reference to this unknown event several times in 2010, but would never elaborate on any details. This termination had been agreed upon by all six members of 2PM, which then led to fan boycotts on 2PM-endorsed products. Protests for Park’s return to the group began to take place, not only in South Korea but internationally as well.

I was crying when the MC ask about Jay Park oppa the reason about why he quit from 2PM as leader,Jay Park oppa expression make me crying

The rest as they say is history. Jay Park returned to Korea and rose from the ashes like a phoenix to not only launch a successful career as a solo R&B artist but also establish a number of record labels. 2PM has continued on to become one of K-pop’s iconic boy groups. What other mistake in 2009 did Jay Park commit to prompt JYP to unilaterally terminate his contract with the company? Your guess is as good as mine.

But then there’s this long-standing speculation that Jaebeom signed a contract with a company in the States while JYPE just expected him to wait out and let the situation settle and calm down before his glorious return to Korea. But apparently, Jay’s talents cannot be denied, with him allegedly getting signed within days after his return to the US. No wonder JYP suddenly turned cold towards him.

Throughout their stay in JYPE, the boys didn’t really hide the fact that they felt they got the shorter end of the stick when it came to the company’s attention. At that time when Wonder Girls was already on the brink of disbandment and Miss A was on hiatus, it was expected that a lot of the company’s attention would shift to catering to GOT7’s needs. But what happened was, TWICE got all the attention to the point that the company established an independent subsidiary dedicated to TWICE and TWICE only, with the rest of the company’s resources to be divided between 2PM (which was still bringing a ton of money to JYPE with their concerts) and Suzy’s solo releases. Which left crumbs to GOT7.

And there’s also the issue of the boys not passing JYP (as in Park Jinyoung, the company’s founder and former CEO) standards. As with the expected progression of all K-pop groups, they build skills and confidence to compose and produce their own songs as they get older in the music industry. This is particularly applicable to the group’s leader JayB who was reported to have submitted countless songs for JYP’s approval, only to be met with rejection after rejection.

In reacting to one song, JYP stops after browsing through it for only ten seconds. He claimed that the song was much too basic and wasn’t very memorable, saying it was musically fun but just not good to listen to. He criticized another song for being too “foreign”. This is not mere gossip or speculation, as this was properly documented on TV, particularly in an episode of Hyena on the Keyboard in 2020.

The poor treatment of Got7 after the Flight Log era became apparent when the boys were not given enough pre-release activities, only a few days between the comeback announcement and the actual release date, and the limited comeback promotion schedule.

“‘NANANA’ is not only a song but a promise that no matter what happens, it’s GOT7 forever.” – @choodine https://t.co/B3wWdAzOzu #Bestof2022 #GOT7 pic.twitter.com/JgtGfpaVr0

But then, everything worked out in the end as even though all members are on different agencies already, they got to release a reunion EP aptly called Got7 (thank goodness, JYPE didn’t fight them in some copyright issue over their name). To top it off, JayB signed with H1gher Music and Yugyeom signed with AOMG after leaving JYPE. And those two agencies are founded by no other than our subject earlier, Jay Park. Talk about giving JYP(E) a huge middle finger!

But then, as we’ve also explored in our previous articles, Sunmi formerly of the Wonder Girls, Suzy formerly of Miss A, and Somi formerly of IOI who was supposed to be the fifth ITZY member also left JYP Entertainment despite circumstances then being very much to their favor.  So, yes, we can safely conclude that leaving one’s agency is both a personal and career decision for all idols, and is not really just a matter of prioritizing one factor over another.