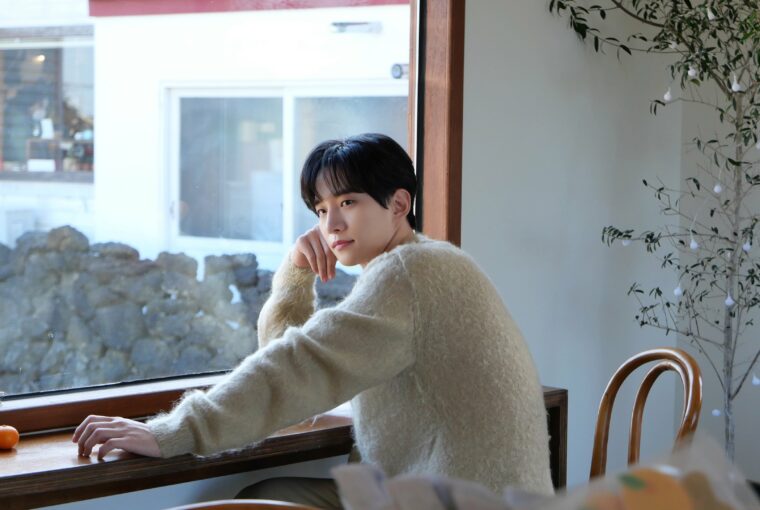 You may have seen idols finding a great balance between group promotions and appearing on TV and film. However, only few are successful in both idol and acting activities at the same time. Some group members get more successful in the acting department once they have left their groups or after their groups have disbanded or are on indefinite hiatus (e.g., f(x)’s Krystal, Siwan and Hyunsik of ZE:A, the girls of Girl’s Day, Woohee of Dal Shabet, Seohyun, Sooyoung, Yoona, and Yuri of GG, and recently, Naeun after she has decided to officially leave Apink). Then, as mentioned earlier, there are those that are still quite successful but are usually a minority in their groups (e.g., Eunji now that Naeun has left Apink, SF9’s Rowoon, Astro’s face genius Eunwoo, Siwon of Super Junior, and D.O of EXO).

But a group that has four of its six members active both in acting and music – that’s quite a rare feat! And that describes the hottest boys of 2PM. Let’s take a look at the acting careers of these pioneers of the macho beast-like image in K-pop.

With that boy-next-door face and hot body to boot, it was inevitable for our Thai-Cantonese-American heartthrob to have a career in acting. As early as 2009, a year after 2PM debuted, Khunnie was already reported to make his film debut in a comedy-drama flick The Shining Diploma. The Korean production was supposed to star Nickhun as the son of veteran actress Lee Misook. While the movie was somehow left in development limbo, it did not stop Nichkun from finally debuting on the big screen in 2012, as part of Japanese live-action adaptation of the manga series Ouran High School Host Club.

In the same year, he got top billing in the Thai love story Seven Something, which tells various love stories from three generations, shot by three different directors. Nichkhun also appears in 42.195 by award-winning director Jira Maligool, about She (Suquan Bulakul) a 42-year-old newsreader whose life changes upon meeting He (Nichkhun), a young marathon runner who invites her to join the Bangkok Marathon race. The movie was a box office hit in Thailand and was even shown at a couple of international film festivals.

In 2014, Khunnie made a cameo appearance in the end credits of A Dynamite Family, which starred his 2PM groupmate Chansung. He made a couple more cameo appearances in the Thai movie Touch the Sky – Cha Laui and the Chinese feature Forever Young, both of which were released in 2015. Nichkhun then starred in the 2018 Thai rom-com Brother of the Year, which became another hit in the box office, earning more than USD2 million in its opening weekend alone. His latest movie is Cracked, a horror-thriller where he plays Tim, an art restorer who has to work on a valuable but rather haunted painting.

On the TV side, Nichkhun made several cameo appearances before appearing as one of the leads in 2011’s Welcome to the Show with Sulli and 2AM’s Seulong. The sitcom shows the behind-the-scenes action of idol singers, studio artists, managers, and producers on SBS’s Inkigayo and had fans excited with its new and fresh concept. However, it was canceled due to low ratings after the release of the pilot episode.

Why is he so pretty? #Nichkhun pic.twitter.com/xKkYO0Wt6G

Nichkhun went on to appear in Chinese dramas One and a Half Summer (2014) and Looking For Aurora (2015) before appearing as one of the leads in the JTBC web drama Magic School with Got7‘s Jiyoung in 2017. He was cast in the lead role for another Chinese web drama in 2018’s Shall We Fall in Love and appeared in Viu’s original Thai series My Bubble Tea in 2020. Finally, he made a cameo appearance in 2021’s Vincenzo, where his 2PM groupmate Taecyeon essayed the antagonist role.

Wooyoung debuted big in 2011 as he starred in Dream High, which also saw the start of the acting careers of other idols like his 2PM groupmate Taecyeon, Suzy, Kim Soohyun, and IU. He then appeared in the short film The Miracle with Apink‘s Naeun, Girl’s Day‘ Minah, and SHINee‘s Taemin in 2013. But for some reason, Wooyoung has decided to end his acting career there. He has not appeared in movie or TV roles ever since.

Before starting his military service in 2018, he affirmed his decision to stick to singing and not pursue an acting career. In an interview for his BYE comeback, he said, “I’d like ‘Dream High‘ to be my first and last acting role. A lot of people encourage me to go into acting, but I think it’s a temptation that idols face. Of course, I may change my mind and end up acting if a good opportunity comes my way.”

Quite a curious decision, don’t you think?

Even before 2PM debuted, Chansung was one of the group’s members who already had an acting career. While he debuted as an idol with 2PM in 2008, Chansung already appeared in the 2006 sitcom Unstoppable High Kick as a rival of Yoonho, played by actor JungIwoo. He then appeared in the drama Jungle Fish in the same year 2PM debuted, as a friend of Kim Soohyun (who later appeared in Wooyoung’s only acting role in Dream High — the connections!). In 2013, he debuted on Japanese TV via Kaito Royal, a drama series based on a video game where he played a thief who is after a much-coveted ring.

Chansung has since appeared as main protagonists in drama series such as 7th Grade Civil Servant, Votre Noir, My Horrible Boss, Queen for Seven Days, What’s Wrong With Secretary Kim, Secret Queen Makers, My Holo Love, and So I Married an Anti-Fan. The latest we’ve seen of him was in Channel A’s Show Window: The Queen’s House, where he played Jungwoon, the warm-hearted and optimistic younger brother of Sunjoo (played by Song Yoonah), a woman who supports her friend’s adulterous relationship, not knowing that her friend is having an affair with her husband.

As for a movie career, Chansung first starred in Red Carpet, a 2014 rom-com with Yoon Kyesang, Oh Jungse, and Go Joonhee. In the same year, A Dynamite Family was released, where he shared the screen with Lee Kwangsoo and Song Saebyeok.  His latest main role in a movie was in 2015’s Wasureyuki, a Japanese romantic drama where he was paired with Ito Ono.

Chansung thought he was making a sponge for a cake. He is shocked when the staff tells him to use a pan to make it. That was the beginning of making a crepe cake.🤣 #Chansung #2PM💜 pic.twitter.com/1jWHEtpBXR

We don’t have a lot of updates on Chansung’s future acting activities, although the latter part of 2021 was quite an eventful one for him. He announced on Twitter that his fiancee was pregnant, he was getting married, and he was leaving JYP by the end of the year. He has since joined L’July Entertainment in March.

Who would not forget—or get angry—at Wusang Law Firm’s intern turned Babel’s chairman in the popular K-drama Vincenzo?

When it comes to idols turned actors, Taecyeon is not just one of the busiest among the 2PM members, but among idols in general. Considering that he was among the last in his group to debut as an actor, he made up for lost time by snagging one major role after another in very successful drama series. And he has also appeared in a couple of movies, too!

Taecyeon first got into acting in 2010, playing the second lead in Cinderella’s Stepsister, a reinterpretation of the classic fairy tale. Since then, 2PM‘s resident rapper has gotten consistent work in high-profile dramas, including Dream High and Boku to Star (his first Japanese show) in 2011 and 2012, Who Are You? in 2013, Wonderful Days in 2014, Assembly in 2015, Bring It On, Ghost in 2016,  and Save Me, Han Sang-hwan in 2017. After finishing his military service in 2020, the string of successful projects for Taecyeon has continued, with roles in 2020’s The Game: Towards Zero and much-talked-about Vincenzo, his first time as the antagonist in a drama series, and Secret Royal Inspector & Joy, his first historical drama.

Taecyeon has also appeared in two movies, first in the ensemble rom-com Marriage Blue in 2013 and the mystery thriller House of the Disappeared, one of his last acting jobs before starting his mandatory military service. He has two pending releases, one of which is the historical film Hansan and the other is the OCN drama Blind, which will also have Apink’s Jeong Eunji and Ha Seokjin (Radiant Office, Your House Helper).

The other 2PM member with quite the accomplished acting career, Junho has been on a roll with acting work since he started. Like Taeyeon, he was late in joining the idols-turned-actors club, but once he did, his career in TV and film has been quite successful. He made his film debut in the action-thriller Cold Eyes, which has both critics and viewers recognize his acting skills. The movie also went on to become a commercial success, with 4.5 million admissions recorded. Two years later, he appeared in his second film, the martial arts period drama Memories of the Sword, where he acted opposite Kim Goeun (Goblin, Yumi’s Cells). He then starred alongside Kim Woobin and Kang Haneul in the coming-of-age film Twenty, which topped the box office during its opening weekend.

It wasn’t until 2016 when Junho finally acted on television with a supporting role in tvN’s thriller Memory (Lee Sungmin, Kim Jisoo). The following year, he had his breakout role in KBS’ dramedy Good Manager. Though he was the show’s villain, many praised his portrayal as being realistic and relatable despite his character’s arrogant and despicable personality. In the same year, he played a survivor of a fatal accident who suffers from psychological scars in the JTBC melodrama Rain or Shine. That he pulled off roles that were polar opposites of each other in successive programs is proof of Lee Jinho’s stellar rise as an actor.

Junho then started 2018 with a Japanese movie entitled Rose and Tulip, which also featured Chansung. He then appeared in the SBS romance comedy-drama Wok of Love, playing a star chef, before ending the year with the historical comedy film Home Fatale, where he starred opposite My Roomate is a Gumiho’s Jung Somin. Before starting his mandatory military service in 2019, he appeared in Confession with veteran actors Yoo Jaemyung and Shin Hyunbeen.

After the fulfillment of his military service in late 2021, Junho returned with 2PM on their Must comeback and returned to acting via the historical romance drama The Red Sleeve, playing the role of Crown Prince Yi San. The drama became a success, sweeping a total of eight awards in the 2021 MBC Drama Awards, with him getting Top Excellence Award. And now, he has been nominated for the prestigious Baeksang Arts Awards in the Best Actor category!

With JunK. not having acted anywhere and Wooyoung not showing any signs of interest in returning to acting, we hope to see more exciting movie and TV performances from Taec, Junho, Chansung, and Khunnie as soon as possible!

Artists Who Made Quitting Jyp Entertainment a “Thing”

Did You Find All the Easter Eggs in SNSD’s Forever 1 Music Video?