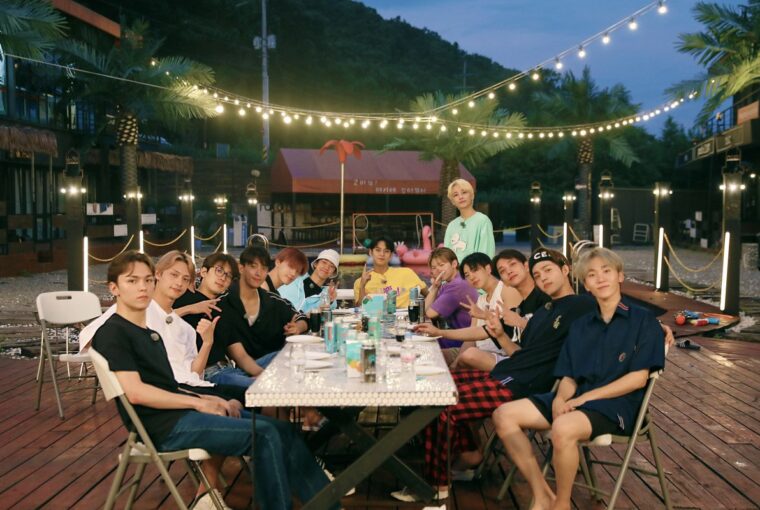 For K-pop fandoms, expressing and proving their love and support to their idols is a top priority. Aside from streaming their group’s music videos non-stop and making sure they have bought as many copies of their albums as possible (got to complete all those collectible photo cards for all members, after all), one concrete way of making fans and idols connect is through music show wins. After all, in order for a song to win in a music program, it needs to do well in music charts: sales, downloads, streams, and even radio airplay, as well as—depending on the music program—a good dose of fan votes.

Carats, the SEVENTEEN fandom, has been quite successful in making SEVENTEEN win in these shows. Let’s see how successful they have been since 2016, when the group first won for Pretty U. Take note that Music Bank Show! Music Core, and Inkigayo are the three major music programs since they are broadcasted on free TV, while The Show, Show Champion, and Mnet’s M Countdown are shown on cable TV.

Music Bank (13 wins)
Among the three free TV music programs, SEVENTEEN has been most successful in KBS’ Music Bank, where they have managed to snag 13 1irst place trophies, including two for their most recent Ready to Love comeback. They won their second triple crown for Home the day after they first won it in M Countdown. Their other eight #1s include wins for BOOMBOOM, Don’t Wanna Cry, Clap, Thanks, Oh My!, Fear, Left & Right, and HOME;RUN.

Show! Music Core (2 wins)
MBC’s Show! Music Core is one of the more complex music shows, as they have, since 2020, been tinkering with their criteria every three months or so. SEVENTEEN has won twice in Music Core for Home in 2019 and Left & Right in 2020.

Inkigayo (2wins)
SBS’ Inkigayo is probably the most difficult music program to win in, with its chart system directly connected with the official national Gaon Chart. SEVENTEEN has won two Inkigayo trophies, the first time for Home on February 3, 2019, and the second time on November 1, 2020, for HOME;RUN.

The Show (2 wins)
Since The Show is shown on SBS MTV, a lot of purists claim that having a win here is not really that big a deal since the audience is mainly composed of those who have cable TV only. Moreover, the show’s chart system depends on 15% of votes on Starpass, SBS MTV’s app where fans can vote for their bias’ release.

SVT has only won twice on The Show, on its May 30 and June 13 episodes for Don’t Wanna Cry.

M Countdown (10 wins)
The boys also have a pretty impressive record in M Countdown, MNet’s signature music chart program. Their M Countdown record is pretty similar to their Show Champion one, although their first win in MNet was with BOOMBOOM, they didn’t win for Thanks and Clap, and they only won once for Don’t Wanna Cry. They won for Fear on September 26, 2019 and got their first triple crown for Home earlier that year.

A note on Very Nice
So, SEVENTEEN has pretty much a consistent record in winning music show #1s for almost every comeback since Pretty U, which means the groups has only not won anything for the two releases before Pretty U (which are Mansae and Adore U), Hit and the absolute banger Very Nice.

Hit is understandable since it didn’t even chart that well and the album it was in, An Ode, was not promoted as effectively. But Very Nice? The song that until now, many (including this writer) considers as one of the group’s best songs ever? For music shows, it sometimes boils down to the competition. During the month of July, when Very Nice was released, songs that dominated the charts and won the music programs were Taeyeon’s Why, the Wonder Girls’ Why So Lonely, and alas, Navillera by music show “monsters” GFriend, a song that went on to win 14 music show trophies, including three triple crowns in The Show, M Countdown, and Inkigayo.

Obviously, music show wins are not an absolute measurement of a song’s success, but I’m sure you’ll find a Carat somewhere in Caratland who hasn’t gotten over this missed opportunity.

With rumors abound that the group is staging another comeback before the year ends, here’s hoping that Carats will have more opportunities to support SEVENTEEN by giving them more music program wins.

SEVENTEEN Jun and THE8 Returning to China, SVT To Promote With 11 Members Until December

BTS In The Soop Confirmed For Season 2 This October