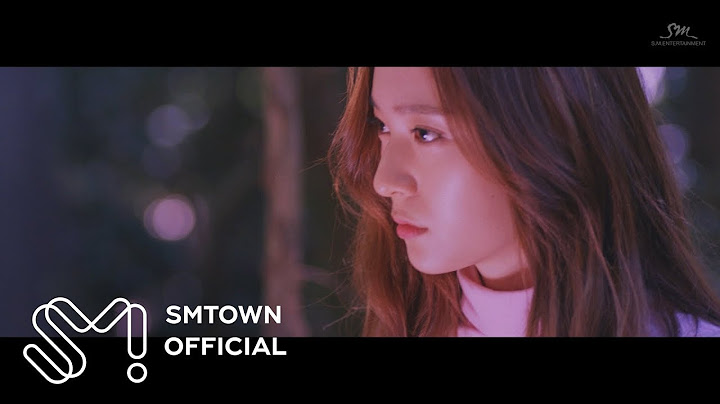 The most underrated, poorly treated, and seemingly hapless SM Entertainment group of all time—these are the words used to describe the group f(x). It seemed that once Sulli quit the group to focus on an acting career in 2015, the company sort of lost the appetite to promote the group, only giving them one official comeback (the flawless 4 Walls) in 2016. SM practically abandoned them to “focus on solo activities”.

Things started getting weird for the group because after 4 Walls in 2015, as they were not given any proper comeback, except for a digital single All Mine, which was released on the SM Station singles platform. Coincidentally, 2016 also saw the notable rise of SM’s other girl group Red Velvet, as 2016 was the year when they completely shrugged off their image as SM’s black hole group and cemented their commercial success with Russian Roulette in September that year.

Was f(x) forever playing second (or third) fiddle?
Sounds familiar, right? Yes, what happened to SHINee and EXO have eery similarities to f(x) and RV. So, would it be safe to say that the long Red Velvet hiatus of 2020 to August 2021 can also be linked to the aespa’s next-level success, pun intended? But we digress; that’s for another day.

But when you really think about it, it may seem that f(x) was, to put it bluntly, more or less an afterthought for most of the group’s existence. For a very successful group with title tracks that consecutively chart either on top 1 (Nu ABO, Pinocchio (Danger), Pinocchio, Electric Shock, Rum Pum Pum Pum) or 2 (Hot Summer, Red Light, 4 Walls)  positions, it was baffling to everyone why it took seven years for the group to have their fandom (MeU) named and their lightstick released. We can only imagine that coming behind the Nation’s Girl Group Girl’s Generation automatically hands them a whole level of pressure, but it is just unfortunate that f(x) had to be always treated by the company as a great backup. They were great, but still, it felt like they were a backup.

So, what has happened to the girls since their wishy-washy departures from SM Entertainment?

It was somehow confusing when Victoria declared in September 2019 that her contract with SM has expired and the company said on the exact same day that they were still under negotiations. Nevertheless, as with other Chinese SM idols (e.g., Super Junior-M’s Zhuomi, EXO’s Lay), Victoria has been promoting mostly in China since 2016 (which is weird because SEVENTEEN Chinese members Jun and The8 have been promoting in Korea nonstop since their debut in 2015 until last August). This April, SM and f(x)’s leader finally officially ended their relationship.

Meanwhile, Amber announced on September 1, 2019 that she was leaving SM and re-sign her contract with Steel Wool Entertainment, the American company that SM has agreed to partner with when it came to her solo activities as early as 2018. Since her departure from SM, she has released two albums,X and y?, as well as Mandarin versions of her singles for the past two years. She was also a mentor on the fourth season of the Chinese version of Produce 101, titled Chuang 2021. Victoria was also a mentor in the 2020 edition of the program.

Luna signed with Humap Contents for her solo activities after her SM contract expired in 2019. In February 2021, Luna established her own entertainment agency, Grida Entertainment. She has been busy with stage musicals.

Finally, Krystal stayed with SM until August 2020, with her departure from the company made official, as well as her signing with her new agency, H& Entertainment announced in October. Since leaving SM, she has starred in the Korean drama Police University with former B1A4 member Jinyoung and Cha Taehyun (who happened to have worked with Victoria in My New Sassy Girl; It’s the 2016 sequel to the 2001 monster hit My Sassy Girl, which also starred Cha Taehyun). She is also set to lead the Chinese film Unexpected Love.

All four members may have moved on from SM Entertainment well, but one thing these members are still not clear about is their group’s disbandment. True, SM has never announced the group’s disbandment, but then the company has been very dicey when it comes to updating everyone about the status of their idol groups. As late as April this year, Luna appeared confused in an interview when people referred to f(x) in the past tense when she herself said that the group has not been officially disbanded.

But the thing is, when SM practically ignores your group for years (since after 4 Walls’ release, to be exact) when all of you were still signed with them, how can you expect the same company to give you the time of day when all of you are not in their stable of talents anymore?

It would be great to see the four reunite for an album or even just a single perhaps, but then, considering SM’s indifference to the group and the Korean public’s uncomfortable regard of Victoria’s patriotic views (Victoria stopped her H&M endorsement after the brand raised objections of the Chinese government’s use of forced labor involving the Uygur minority in the country’s cotton plantations in Western China), counting on that reunion might turn out to be Waiting for Godot.