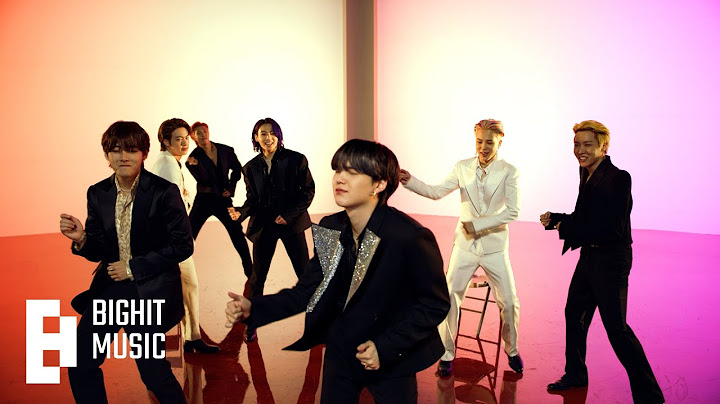 2021 has been an interesting year for K-pop so far. The year saw artists embrace new concepts and release fresh music for their fans, so it’s no surprise that the nominees for Best Kpop at the Video Music Awards 2021 represent unique and different styles that made waves this year.

VMA 2021’s nominees for Best Kpop include (G)I-DLE for ‘DUMDi DUMDi’, BLACKPINK featuring Selena Gomez for ‘Ice Cream’, BTS for ‘Butter’, MONSTA X for ‘Gambler’, Twice for ‘Alcohol-Free’ and SEVENTEEN for ‘Ready To Love’. Each track deserves the nomination for the way they represent Kpop and the group that performs them.

Check out the nominees for Best K-pop at the upcoming VMAs 2021:

What’s the best follow-up to a dreamy track like Oh My God? The ladies of (G)I-DLE went with an undeniably catchy song that celebrates the beauty of youth in the summertime. Released in August 2020, DUMDi DUMDi is an irresistible earworm that makes your heart beat faster. The Western-inspired video features Miyeon, Minnie, Soojin, Soyeon, Yuqi, and Shuhua bringing tropical fun even though they’re in the middle of nowhere.

They say the best way to cool off during the summer is with some ice cream and BLACKPINK delivers the electropop version of the sweet treat. The MV, which was released in August 2020, features Jisoo, Jennie, Rosé, and Lisa prancing around in pastels. Even featured artist Selena Gomez can’t resist the taste of ice cream!

Fun fact: Ice Cream is mostly in English except for Lisa’s Korean rap verse. This makes it easier for international Blinks to sing along.

Who would have thought that a song titled Butter would be a catchy dance track? BTS’s second English-language single doesn’t disappoint with its fun yet grown-up flair. The Butter MV was released in May 2021 and it teases RM, Jin, Suga, J-Hope, Jimin, V, and Jungkook looking hot in suits.

MONSTA X is known for their darker, more serious music compared to other K-pop groups. This is proven again with Gambler, the new song they dropped in early June 2021. Penned by member Joohoney, the track resonates with heavy beats, rock guitar licks, and a spy-inspired MV. Shownu, Minhyuk, Kihyun, Hyungwon, Joohoney, and I.M. once again prove that they own a distinct style in Kpop.

Have you ever imagined what a day at the beach would sound like? TWICE decided to release a summer song that truly embodies that. Released in early June 2021, Alcohol-Free is a carefree bossa nova track that makes you think of sweet cocktail drinks, a cool breeze on a warm day, and nine lovely ladies just having the time of their life at the beach.

SEVENTEEN made a name for themselves by making youthful music paired with energetic choreography. With Ready To Love, the 13-member group proved they have grown as a band but still retain their infectious energy. The track was released in late June 2021 and rounds out the nominees for Best K-pop at VMAs 2021.

Song of The Year Nominee

Looking for Dynamite in the Best K-pop category? BTS’ first full English song was actually nominated for Song of the Year  2021.

5 Scene Stealing Gentlemen in K-Dramas to Look For