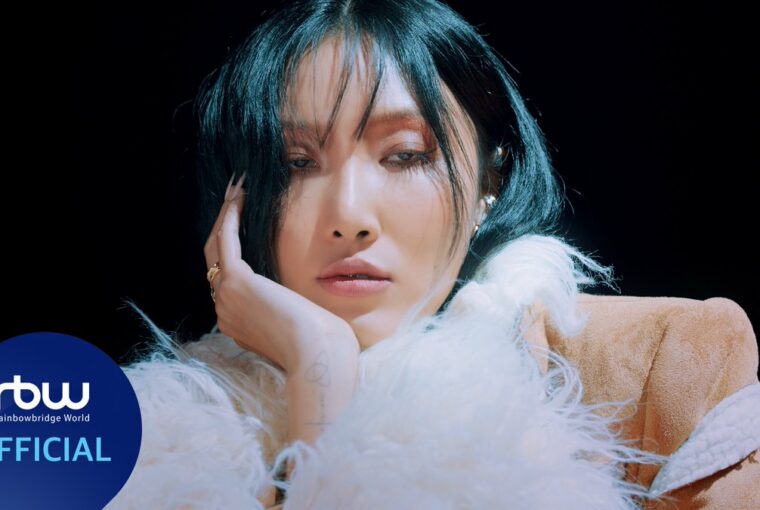 When we think about the youngest members of girl groups, referred to as maknaes, we often conjure images of docile and sweet members who are always obedient to their unnies. Think of Girl’s Generation’s Seohyun, the perfect personification of a maknae. But then, for every Seohyun, there’s also a feisty Minzy. Here are three other maknaes that have broken stereotypes and have simply endeared themselves to the public.

Tzuyu is one of those “anomalies” in the world of Korean idols for the most obvious reason that she is not Korean. But for some reason, Tzuyu is well-loved, arguably even more loved by the Korean public compared to her also foreign groupmates, the Twice Japanese trinity of Momo, Mina, and Sana. By most accounts, Tzuyu is even more popular in Korea compared to some of Twice’s Korean members, and the reasons can also be obvious.

Tzuyu ticks all the boxes in the checklist of Korean beauty standards for idols. But more than that, Tzuyu also fits Korea’s type when it comes to concepts. Mind you, Koreans aren’t really into overly cute concepts, but they generally like idols who exude the “girl next door” type of innocence and youthful charm. Her simple sense of styling, fashions, and makeup has the Korean public respond very positively to her. And even her controversial scandal had a lot of public sympathy swing towards her direction.

It was 2015 and just shortly after TWICE‘s debut, the group’s foreign members guested in the variety show My Little Television. Tzuyu’s introduction of being Taiwanese and showing a Taiwanese and Korean flag in her bed sparked a furor among Mainland Chinese fans, with the group getting barred from Chinese TV and our girl losing lucrative deals from Chinese brands. But then, the incident endeared the troubled maknae to the Korean public more, as they deemed the forced apology as excessive. Moreover, a lot of Taiwanese youths were also affected, with pro-Taiwan sentiment becoming more popular during the country’s 2016 general elections.

If you’re not that familiar with Mamamoo and see all four members for the first time, you definitely wouldn’t guess who the group’s maknae is. That is because all four give off such fierce and unapologetic auras, which is quite far from the docile and close to submissive demeanors maknaes are expected to project. But of course, there has to be a member who has the latest birthday and thus, is younger than the others, and that distinction goes to none other than Twit Queen Hwasa.

Obviously, Hwasa is a very important part of Mamamoo, being a very dependable all-rounder. While Wheein, Solar, and Moonbyul can also display a lot of talents, they are often in charge of particular roles such as vocals, rap, or dance. With Hwasa, you’re not really that convinced that she is solely a vocalist, a rapper, or a dancer. And she doesn’t disappoint as, throughout the group’s career, Hwasa has proven that she can practically do everything well. She can go toe-to-toe with Wheein and Solar when belting those high notes and performing those surprising ad-libs (well, they are Mamamoo after all) while also busting moves and spewing rhymes with Moonbyul.

But then, throughout her career as an idol, Hwasa has also staged successful collaborations with other artists. Her vibrant personality enables her to work effectively with anyone, not to mention bring her unique flavor into the collaborations, from Refund Sisters, Loco, DPR Live, ONEWE, Park Jin Young, and Uhm Jung Hwa to an international star (Dua Lipa)!

Also, with just a quick look, you can obviously tell that Hwasa is not a fit for the strict and stringent beauty standards the Korean public imposes on its idols. But has this stopped Hwasa from proving herself, which begs the bigger question, has Hwasa’s unconventional beauty and demeanor stopped Koreans from idolizing her? Definitely not! In fact, not only the Korean media but also Korean marketing research agencies have testified to the “Hwasa effect” where people catch on and buy the things Hwasa uses and endorses, from the food she ate when she was featured in the variety program I Live Alone to the daring and distinctive outfits she has worn in her performances and posted on social media.

Through the years, Hwasa has been very outspoken in advocating for women’s rights, revealing her true self even in public (that goes for both her face sans makeup and her attitude), and being honest about her struggles. In one Mamamoo concert, she said something in Korean that became an iconic battle cry for everyone who doesn’t conform to convention, which translates to: “If I don’t fit into this generation’s standard of beauty, then I will have to become a different standard.” Maknae on top attitude, indeed!

Hail, the queen! We know the attitude, the loudest in the room, the breathtaking charisma! Blackpink‘s maknae doesn’t play games. From the moment Blackpink debuted, Lisa showcased a wide variety of talents that endeared her to prospective Blinks, the Korean public, and international audiences. The group’s first two singles alone, Boombayah and Whistle had already proven that she was the group’s superior rapper (sorry, Jennie). In the group’s successive comebacks, she further established her position as the group’s main dancer, so much so that variety shows and reality competitions have chosen Lisa as a judge and mentor to aspiring trainees and contestants. And as for personality, people have gotten fond of Lisa’s duality – while she is one of a very few idols who can effectively pull off a girl crush image on stage, strong and firm while being a mentor in Youth With You, and yet be cute, girly, and soft-spoken in real life, be it during interviews or on Blackpink House.

As the maknae of arguably the most high-profile K-pop girl group of the fourth gen, Lisa is a subject of intense scrutiny. Constant comparisons are always brought forth not just between her and the other members, but also among other female foreign idols. Critics are quick to point out that Lisa’s inclusion in a group that exudes a girl crush image isn’t doing her any favors since Koreans, although impressed by groups that are effective in the girl crush concept (from 2NE1 to G-Idle) still ultimately prefer groups and personalities that embody the sweet, innocent and eventually elegant concepts (from SES to Apink). Thus, many argue that Tzuyu and the TWICE Japanese members are more popular than Lisa.

Moreover, many also feel that in her group, Lisa gets a short end of the stick even when she has already proven how massive her global fanbase is. Lisa not allowed to go through with her activities in 2021 Paris Fashion Week even when she was in Paris while Jennie, Rose, and Jisoo all got to appear in the activities of the fashion houses they are connected to? Check. Lisa having to wait for Jennie and Rose to debut solo before releasing her own project? Check? Lisa getting a questionable debut song? Check. Now, before you raise your pitchforks, here are some arguments as to why the Lalisa debut wasn’t all that it was made to look.

In terms of sales and music video views, you can definitely count on Lisa’s fandom to give record-breaking numbers. Thus, it is no wonder that despite not being the inaugural member to debut, Lisa’s can be considered (arguably) as the most successful. The song and music video quality though, is altogether a different conversation. Jennie’s and Rose’s solo songs are pretty much straightforward in the message they want to convey. Both songs talk about realizations – Jennie’s Solo talks about realizing that she needs to be free from a toxic relationship and that she’ll be better off going solo, while Rose realizes that despite achieving her dreams of fame and fortune, “everything I need is on the ground.”

And what about Lalisa? Since the song has been released for quite some time already, we can do a more objective review of it, and listening to it now, it breaks my heart to realize that the song is not really at the same level as On the Ground, Gone, and Solo. What it is a repetitive song telling listeners what we should call Lisa and the levels of bad-a**ery she already possesses and is capable of exhibiting. While Lalisa is a great hype song and maybe an effective pick-me-up when a lousy mood strikes, there’s not much else in the song worthy of noting.

Add to that the music video that only features Lisa in different bada** locations and roles – as a Siamese queen, a SWAT team leader raiding a room full of… speakers, a well-dressed pedestrian walking thorough a neon light-filled alley,  a singing motorcyclist, a dancer wearing a beanie, a pole dancer, an ATV-riding character reminiscent of Mad Max, and then what looked like the real Lisa singing the song’s bridge in an all-white house before finally settling down on dancing in an all-white ensemble with giant letters spelling L-A-L-I-S-A on the background. Seriously, while it’s supposed to be very empowering, it’s also a whole lot repeititve and cloying by the third time she commands to say, call, and love Lalisa.

Which brings us to Lalisa peaking a number 64 in the Gaon charts. In contrast, Solo peaked at the top and On the Ground reached #4. Enter international netizens claiming Koreans showing blatant racial discrimination. Take note however, that her follow-up single Money, while not having charted in Korea anymore and doesn’t even have an official music video, charted higher in the UK, Australia, France, and Canada. Well, maybe we can consider the possibility that Lalisa sounded like a pre-release and maybe they should have promoted the arguably better Money as Lisa’s official single. Besides, the fact that Lisa still managed to break records and launch a successful debut as a solo artist despite a rather overly self-indulgent song means that people, Koreans and internationals really love Lisa. A good number of fans may have expected more, which YG unfortunately didn’t live up to.

So, there you have it, three of the most empowered, popular, and well-loved girl maknaes. We hope to see more of them soon, and here’s a thought: Wouldn’t it be great for Tzuyu to have some solo work?

Your Second Gen Girl Groups Are Back (Sort Of)

Three Quirky Cases of Idol Life After Leaving the Mothership