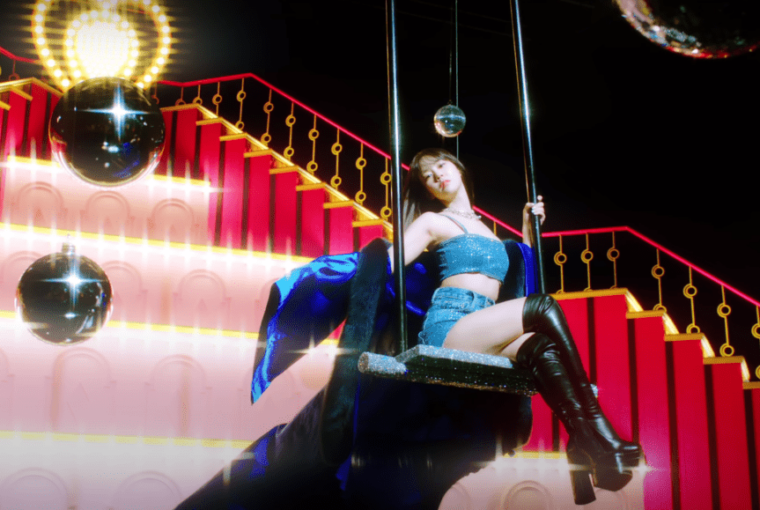 Yes, you read that title right. Just when you thought that second-generation girl groups have resurfaced and reentered our consciousness and conversations in 2021, the ladies that dominated the airwaves from 2007 to 2011 have gotten even more active in 2022, much to their fans’ delight. Well, we deserve that, after feeling like we’re being trolled since the pandemic started of rumors, speculations, and teasing statements that this so-and-so group will reunite or, gasp, release new music!

So, here’s a look back on those activities only second gen queens are capable of doing and made us feel blessed this 2022.

Can you believe it has been five years since Girls’ Generation released new music? The legends, queens of k-pop, and the nation’s girl group was last seen promoting (more of releasing as they just spent a week doing the usual rounds of music shows) as a group with the Holiday Night album and the Holiday and All Night single releases. Shortly after that, three members – Tiffany, Sooyoung, and Seohyun left SM Entertainment, making fans speculate about the uncertain future of the group, although the three (and SM Entertainment) were vehement in saying the group hasn’t disbanded despite their departure from the group’s mother agency.

The next few years after 2017 had the girls focus on their individual careers, with Taeyeon releasing more solo material, Hyoyeon reinventing herself as a DJ and dance artist, Tiffany releasing all-English albums internationally before returning to Korea as a stage actress, Sooyoung, Seohyun, Yuri, and Yoona dabbling into music once in a while as they went full throttle as actresses on TV and film, and Sunny establishing herself as a TV personality. The five girls who remained with SM Entertainment even formed a sub-unit in 2018 called Oh!GG that released the hit single Li’l Touch, which also got Sones around the world a bit worried as to the status of the whole group, now that the SM-loyal girls had their own group.

Fears were assuaged a bit in 2011 as all nine members were guests in Yoo Jaesuk’s You Quiz on the Block and hinted at the group’s future projects. While the girls were separated into two groups (ugh, the things we did during the pandemic), all nine assured the fans that the group hasn’t disbanded and there will be activities to commemorate the group’s 15th anniversary in 2022.

Alas, we weren’t taken for a ride because, in May 2022, SM officially announced a comeback for Girls’ Generation as a full group. An 8-episode variety show Soshi TamTam started airing on cable channel JTBC in July, and finally, in August, the group’s seventh full-length album, Forever 1, hit the stores. The queens (including the three who left SM already) even participated in SM Town Live 2022 also in August. To cap the album’s promotions, the girls held a special concert entitled Long Lasting Love in September.

Our Sone hearts are full, but here’s hoping we won’t have to wait another five years for the group to release new music. After all, even the non-SM girls were super active participants in Forever 1, with Sooyoung and Tiffany co-writing two of the songs in the album. So, there’s no question that all eight members are still fully committed to the group, and only their schedules will tell if we will be getting new music from them in the coming years.

Now here’s one group that can truly rival SNSD’s legacy but had to go through quite a rocky road up until their reunion which finally happened in November 2022. Following the great rivalry between SM’s SES and DSP’s Fin.KL of the first generation, the two companies’ group continued this tradition, with Kara also producing massive hits such as Honey, Lupin, Step, and Mister. The group also established a solid career in Japan, just as GG started in 2009 and 2010. 2014 also proved to be a challenging year for both groups as Jessica mysteriously departed SNSD while Nicole and Jiyoung decided not to renew their contracts with the company, reducing the group’s member count to four, although a new member, Youngji, was recruited to the group the next year via a reality show.

The group with the updated line-up released a couple of more hits such as Mamma Mia and Cupid before 2016, when the three original members of the lineup – Gyuri, Seungyeon, and Hara decided not to renew their contracts with DSP. This left Youngji as the remaining member still DSP, prompting the agency to state that the group has disbanded. When asked about this, the individual members dispelled this, claiming that should the right opportunities and schedules would allow, Kara can return as a full group.

Alas, tragedy struck when in November 2019, Hara left, which further cast doubts on Kara’s future. But then, early this year, all five members – Gyuri, Seungyeon, Nicole, Jiyoung, and Youngji had a photoshoot to commemorate the group’s 15th year. Reunion speculations were fanned once more, as observers noted that Hara was tagged in the reunion photos. Reports also claimed that the group is discussing the possibility of recording a reunion single.

Kamilias in particular and second gen kpop fans in general rejoiced when it was announced that not only will the butt-dance queens release a reunion single, but they will actually be releasing a 15th anniversary EP album. Released on November 29 by RBW, Move Again contains four songs – When I Move (the title track), Happy Hour (which the five members had a hand at writing), Shout It Out, and Oxygen. Not only that; the queens made a splash in the 2022 MAMA Awards where they had their comeback stage and a mini medley of Mister, STEP, and Lupin. Spell g-o-o-s-b-u-m-p-s as even the current generation of idol groups were seen thoroughly enjoying the five-minute nostalgia trip and were left wanting more!

Meanwhile, the music video for When I Move was released on November 29. And yes, the 15-year-old girl group had their first music program win after such a long time in Music Bank on December 16.

Now here’s a bittersweet turn of events for the eternal fairies of k-pop. While SNSD and Kara (with Wonder Girls and 2NE1) did rule this generation, they did not follow through with the sweet and innocent concepts of their companies’ seniors, SES and Fin.KL, were known for. The stronger and fiercer concept that these groups pursued left fans of the first generation K-pop acts longing for the days when their idols were more feminine and wholesome. This left a niche for erstwhile ACube (a Cube Entertainment subsidiary) rookies Apink to dominate. And in 2014 when Nicole and Jiyoung left Kara, Jessica left SNSD, and Bom got into a drug scandal, Apink dropped NoNoNo, Mr. Chu, and LUV one after another. So, while the year was considered a dark one in K-pop (not to mention the Sewol Ferry disaster also happened the same year), Apink thrived.

Fast forward to 2021, when the scandal-free group was about to start the celebration of their 10th year after three successive hits amidst the hugely successful concept change to a more sophisticated image starting in I’m So Sick and continuing with %% and Dumhdurum, it was indefinitely postponed because of the group’s first major scandal — leader Chorong’s involvement in a bullying and underage drinking exposé by her former high school classmate. While Chorong apologized for the underage drinking issue, it took months for the parties to clear the air on the bullying scandal. Alas, when Chorong’s accuser finally cleared her name, 2021 was already coming to a close and not a lot of time was left to stage the group’s anniversary comeback. To top things off, Naeun left the groups’ company (which at this time already went by Play M Entertainment) and signed with YG as an actress. However, the group continued as six members.

Thus, Apink’s 10th-year celebrations and comeback did happen but only after months of postponement. And when the comeback was finalized for April, rumors of Naeun’s departure from the group intensified as she only participated in the making of the album and music video, but begged off from participating in the group’s promotion. Fans were a bit puzzled as to why Naeun didn’t participate in the promotions of Dilemma, the title track from the album Horn, the group’s anniversary album because she was already done filming her drama Ghost Doctor and wasn’t signed to a new one yet while the group’s main vocalist, Eunji was committed to filming two dramas (Work Later, Drink Now and Blind) and also preparing for a solo music comeback. Speculations were laid to rest when it was revealed that Naeun will be leaving the group in April, two months after Horn’s release and only days before the group’s 11th anniversary.

So, it does appear that Naeun’s departure was more economic than anything – she was just not keen on splitting her income with five other people anymore. It wasn’t like she was the most overworked among the members. However, she was the most popular in terms of CFs and social media following, and she may have realized she has the option of using this popularity to further her own career, without having to constantly share the spotlight with others. A bit selfish but thoroughly practical, and with Naeun sharing everything since her debut in 2011, she really doesn’t need to prove her intentions nor defend her actions.

And not only have these three groups shown some sort of activity for the past couple of years. T-ara released a comeback album in 2021 and After School and 9Muses performed in Jaejae’s MMTG web program in 2021. Meanwhile, this year had Sistar and 2NE1 holding reunion performances in You Hee-yeol’s Sketchbook’s final episode and Coachella, respectively. And get this: ex-groupmates HyunA and Sohyun have re-followed each other on IG and have since then exchanged sweet comments. Is a 4Minute reunion too much to ask? Here’s to more 2nd gen reunions and comebacks in 2023!

Featured Image: Screengrab from Kara’s “When I Move” video.