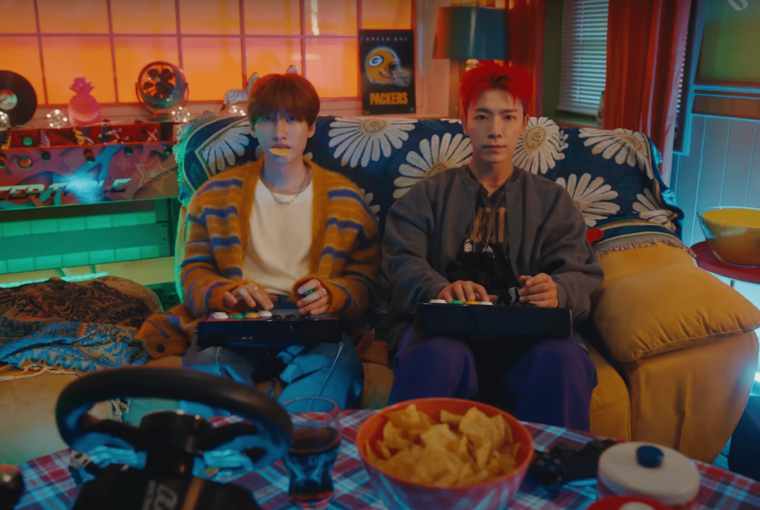 A still from 'Zero'.

Super Junior’s Donghae and Eunhyuk have been making K-pop fans dance to their bops since 2011, so it’s surprising to realize that they haven’t actually released a full Korean studio album—until now! But as the saying goes, good things come to those who wait, because this gem of an album was definitely worth the wait.

On November 2, the D&E sub-unit finally dropped their first full album, Countdown. The album contains 10 tracks—nine in Korean, and one in English—and showcases a more mature sound (but still sprinkled with fun) from the duo.

The songs in the album cover a wide range of genres—from the heavy dance track Zero, to the groovy La La La, to the pop ballad Have a Nice Day. The diverse genres in this album proves that this sub-unit can’t be boxed into just one genre of music.

The lead single, Zero, is an upbeat dance track that can be seen as a song for E.L.F. In the chorus, the pair sings, “Don’t go away to stop this story/ Even if it’s filled with scars/ Without you, without you I’m zero.” I feel that it’s a song that conveys the duo’s (and Super Junior’s as a whole) thoughts toward their loyal fans—that they would not have been able to go on for this long without E.L.F.’s love and support. I also personally think Zero is a good song. Maybe it’s not on the same level as the sub-unit’s superb 2015 track Growing Pains, but I’m pretty sure Zero will be on my SJ on repeat playlist.

Beautiful Liar was a surprise. The song’s opening bars sounded like it was going to be a soft dance track, but then the chorus suddenly became more energetic. It jarred me a bit on the first listen, but this song is growing on me. The pair then sings about wanting to go on a vacation in Far Away, and it does sound like the perfect song to listen to on a trip! It’s the kind of song you put on when you’re spending a chill day on the beach. The vibe turns sentimental and emotional with Have a Nice Day and Home, balanced with the smooth and bright tracks Muse and Share my Love.

My favorite song from D&E’s latest release, however, is oddly not included in the album track list. Eunhyuk’s pre-release single, Be, is a nice emotional track that shows off the main rapper’s lovely vocals, for a change. I see Be as an ode to Eunhyuk’s younger self, encouraging him to never give up on his childhood dreams. I find the choreography in the M/V beautiful as well.

Overall, this album is musically diverse but still cohesive. It clearly shows the duo’s passion and commitment to their craft, which contributes to their staying power in the K-pop scene. This album is a great way to mark the sub-unit’s 10th anniversary.

As a final note, in Super Junior’s YouTube live broadcast on the eve of the full group’s 16th anniversary, the members mentioned that they are preparing loads more content (albums? Variety shows? Concerts? I’m sure all E.L.Fs like me would be more than happy to get quality content from these fine men!) in the coming months. With these men releasing quality content like the Countdown album, Super Junior D&E—and the rest of Super Junior—will truly be the last men standing.

Where are the SIXTEEN Contestants Now?