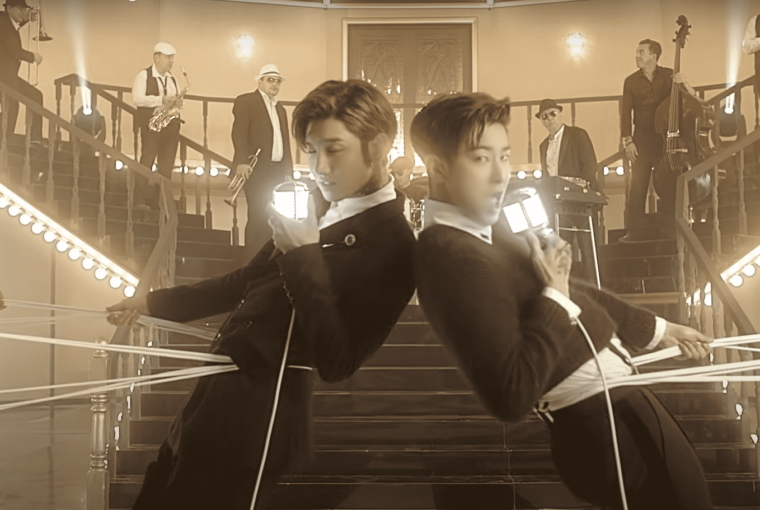 K-pop music videos are always a delight to watch, not just for the music and the awesome choreography, but also for the concepts that will leave you in awe! Here we list down five unforgettable boy group concepts that had many fans clicking on the replay button.

The school uniform concept is often used in idol group comebacks, but it’s the one theme that fans never tire of. It may be common in K-pop, but each group has put their own spin on it to make it fresh, fun, and unique! EXO brought this concept back into the spotlight with their music video Growl. (Fun fact: this music video was shot in one continuous take!)

BTS in their rookie years nailed the high school bad boy look in Boy in Luv. In the MV, the members act tough to try to get a girl’s attention. The boys also don school uniforms in their follow-up single Just One Day, which showcased a lighter, more mellow vibe.

Astro are portrayed as manhwa characters in their music video for Confession. In the video, a high school girl draws the members, and the boys come to life and start following her around as she goes about her life. And, Seventeen are cheeky schoolboys trying to impress girls in their MV for Mansae.

This concept is masterfully brought to life by the undisputed concept kings—VIXX. Voodoo Doll’s heavy, intense beats paired with macabre imagery resulted in a music video so shocking, the group had to release a “clean” version. In the original MV, a woman used a voodoo doll to control and torture the members. The group’s music video Hyde also fits this concept well.

SHINee’s Married to the Music is much less gruesome but hiding behind the cheery music and colorful visuals is a video where a series of unfortunate events happened to each group member while at a party. Meanwhile, their SM hoobaes, NCT127, ran with the vampire concept in their most recent release Favorite (Vampire).

Block B capitalized on people’s fear of clowns and deserted theme parks in their MV for Jackpot. Rookie boy group Enhypen also joined the horror concept train with Drunk Dazed, featuring the members having drinks spiked with blood and dancing in a literal bloody shower.

Check out the other music videos that have gone over to the dark side in our Halloween-themed K-pop MVs article.

Global superstars BTS are known to tell stories through their music and reference literature in their albums. In Blood, Sweat & Tears, from their second full album Wings, BTS references the themes of temptation and growth, reality and illusion, and good and evil. The song—the entire album actually—is based on Hermann Hesse’s novel Demian. In the MV, RM even narrated a quote from the book: “He too, was a tempter. He too was a link to the second. The evil world with which I no longer wanted to have anything to do.”

VIXX’s Scentist, a portmanteau of “scent” and “artist,” portrays the members as perfumers. The lyrics and the music video led many Starlights to believe that the MV is inspired by the 1985 German novel Perfume: The Story of a Murderer by Patrick Süskind. The concept kings also released a trilogy of songs inspired by Greek Mythology in their 2016 Conception project. The first of the series, Dynamite, was based on Zelos, the Greek god of jealousy. The second track, Fantasy, drew on Hades, the Greek god of the underworld. Rounding off the project is The Closer, inspired by Kratos, the divine personification of strength.

Super Junior’s Ryeowook took inspiration from Antoine de Saint-Exupéry‘s The Little Prince in his solo debut song and album of the same name. The music video is chock-full of references to the novel, and the lyrics tell the story of a heartsick man in a conversation with The Little Prince.

EXO’s entire group concept is one big sci-fi universe. From their origin story in MAMA to fighting the Red Force machine in Power; battling against their sinister alter egos in Obsession and journeying through space in Don’t Fight the Feeling, they have consistently expounded on their rich storyline that keeps EXO-Ls hooked. Bonus: they also have a song called Lightsaber, a collaboration project with Star Wars!

Bigbang has also dabbled in the sci-fi concept. In their music video for Monster, the members portrayed genetically modified beings trying to escape a ruined facility. And an ill-fated love story in the far future is the setting for VIXX’s Error. In the music video, Hongbin recreates a cyborg version of his lost love, only for both of them to meet a tragic end.

Vintage has its charms, and K-pop groups know it! Idols have taken their cue from the catchy tunes and styles of the past and molded them to fit current music styles.

BTS channels 70’s disco-pop in their feel-good record-breaking hit Dynamite. The group went on full throwback with a colorful video with retro-themed outfits, choreography, and sets! Seventeen also swings back into the past with Home;Run. The boys danced their way around an old-fashioned movie theater, a vintage train, and an old-school bowling alley in retro-inspired garb.

Second generation Kpop legends TVXQ sends fans back to the roaring ‘20s with their jazzy hit Something. Bright lights, brass instruments, and intricate choreography add to the MV’s theatrical vibe. Finally, NCT U throws it back to the ‘90s with ‘90s Love. The song jumps right into the newtro trend, defined as adding a contemporary twist to the retro style. In the music video, the boys battle it out on the hockey rink—has anyone got The Mighty Ducks flashbacks?

With these (and more!) concepts to play with, male idol groups will never run out of stories to tell through their music! Which male idol group concept is your favorite?

Featured Image: A still from TVXQ’s “Something”. Credit: SMTOWN