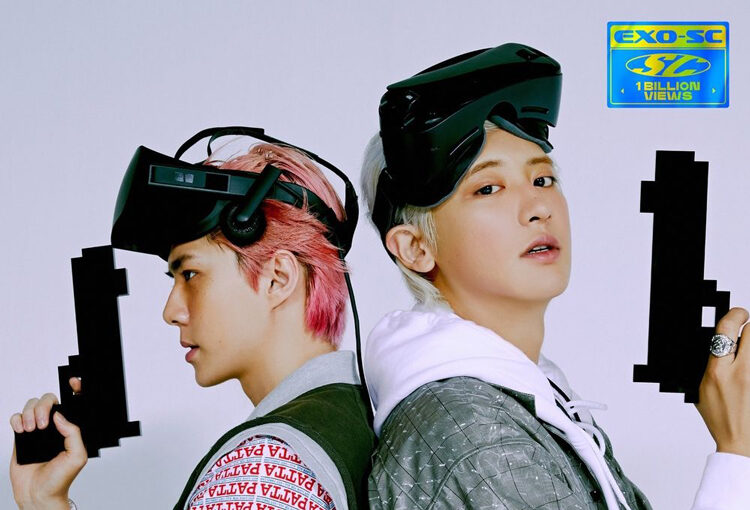 A sub-unit is a smaller group, usually around two to five members, formed from a larger group. Sub-units usually release music and concepts that have a different vibe from the main group. Forming sub-units also allow idols to experiment with genres and aesthetics not usually embraced by the full group.

Here are some of the amazing idol group sub-units in K-pop:

Let’s be real: sub-units won’t exist in K-pop if not for Super Junior—they were the first group to introduce the concept of sub-units in K-pop. The second generation idol group introduced Super Junior–K.R.Y., made up of main vocalists Kyuhyun, Ryeowook, and Yesung, in 2006 with “The One I Love” from the drama Hyena original soundtrack. The trio continually recorded several drama soundtracks, as well as beautiful ballad tracks. In 2020, they released their first EP, When We Were Us.

Listen to Super Junior K.R.Y’s “When We Were Us” from their EP of the same name:

Super Junior D&E is the fifth sub-unit of the legendary idol group, after Super Junior K.R.Y., Super Junior-T, Super Junior-M, and Super Junior-H. The unit brought together the group’s main dancers, Donghae and Eunhyuk. The duo debuted in 2011 with the catchy single “Oppa, Oppa.”

The talented twosome is celebrating their 10th anniversary as a sub-unit this year. They released their first full album Countdown on November 2, 2021. Watch the fun music video for their latest title track “Zero”:

Girls’ Generation–TTS is the girl group’s first sub-unit, composed of main vocalists Taeyeon, Tiffany, and Seohyun. The trio has released three EPs: Twinkle, Holler, and Dear Santa. The unit is currently on hiatus, as Tiffany and Seohyun have left SM Entertainment, but SONEs are still holding out for a TTS comeback!

Watch their video Lil’ Touch below:

EXO-CBX is the first sub-unit of EXO, made up of members Chen, Baekhyun, and Xiumin. The trio debuted in 2016 with the high-energy track “Hey Mama!”

The unit is currently on hiatus as Chen and Baekhyun are still completing their military service. Their most recent release is 2018’s “Blooming Day.” Watch the music video below:

EXO’s rapper line, Sehun and Chanyeol, came together to form the group’s second sub-unit, EXO–SC. They debuted in 2019 with their first EP, What A Life. Just one year later, they released their first full album, 1 Billion Views. Their combined album sales have already exceeded 900,000 copies, making EXO–SC one of the most successful K-pop sub-units!

Like EXO–CBX, EXO–SC is also on hiatus as Chanyeol is currently serving in the military and Sehun is busy with his acting projects. In the meantime, watch Sehun and Chanyeol’s “One Billion Views” below while we wait for the duo to make a comeback:

NCT is a massive 23-member group split into several sub-units: NCT U, NCT127, NCT Dream, and WayV. NCT U is a rotational unit that is formed from group members that fit a particular comeback concept. NCT127 is the Seoul-based unit that will be primarily active in Korea. NCT Dream was originally the “teenage” sub-unit with an age-based graduation system, but this system has since been abolished. WayV is the group’s China-based unit.

NCT127 is the latest sub-unit to make a comeback with “Sticker.” The song has ten music show wins as of October 8, 2021. Check out NCT127’s “Sticker” music video below:

VIXX LR is the first sub-unit of concept kings VIXX, composed of main vocalist Leo and main rapper Ravi. The duo’s contrasting yet harmonious vocal colors debuted in 2015 with “Beautiful Liar“. Their last comeback was in 2017 with “Whisper.” Leo is currently busy with preparations for the Frankenstein musical, while Ravi is occupied with releasing solo music, appearing on variety shows and managing his two music labels—but here’s to hoping they make a comeback soon!

Rapper duo G-Dragon and T.O.P released their first album as a sub-unit in 2010. That album yielded three singles: “High High,” “Oh Yeah,” and “Knock Out.” Their most recent single, “Zutter,” was released in 2015 as part of Bigbang’s MADE album.

VIPs know that G-Dragon and Taeyang were originally slated to debut as a hip hop duo before Bigbang, so fans were thrilled when they paired up to form a sub-unit in 2014. The K-pop legends have only released the track “Good Boy” so far, but fans will surely keep watch for a comeback!

Red Velvet’s leader Irene and main dancer Seulgi teamed up to form the girl group’s first sub-unit. The pair played up the sultry vibe with their first EP, Monster, released on July 6, 2020.

Be mesmerized by Irene and Seulgi’s tutting in “Naughty” below:

Of course, there are more insanely talented sub-units. There was the quirky Orange Caramel, the co-ed project groups Troublemaker and Triple H, the YG hip-hop duo MOBB, the sexy SISTAR19 and more. All of these sub-units add their own unique colors to the ever-growing K-pop scene.

Which sub-unit is your favorite?

Squid Game and Korean-Culture Hot Items Through the Years