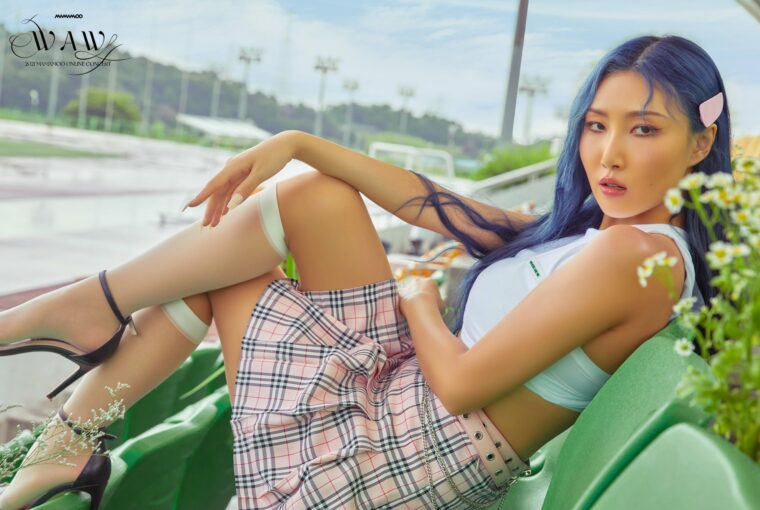 There’s simply no time to rest for Hwasa.

Following MAMAMOO’s best of album launch earlier in September, the singer-rapper is reportedly gearing up for her next solo comeback. Several reports have suggested that Hwasa is currently working on new music, which has been confirmed by a source from MAMAMOO’s agency, RBW Entertainment.

“Hwasa is steadily working on her solo album. But the exact timing of the release has not been decided, and we will share an announcement in the future once it is decided on,” the source said.

This is exciting news for MOOMOOs who have been waiting for new music from Hwasa. Fans were thrilled to know that we’ll finally be getting a follow-up to the opulence that is Maria.

hwasa on her way to save 2021pic.twitter.com/8yCAeCWhdA

Some fans also pointed out that Hwasa’s next comeback also means another reunion with her fellow Refund Sisters member Jessi.

For now, it is unclear when Hwasa will be dropping her new album. However, MOOMOOs are convinced that the comeback will be a lot sooner than we think. There are speculations that the MAMAMOO maknae will release her next album before 2021 ends.

Hwasa has been busy with both music and Korean variety. MAMAMOO has just released their compilation album I SAY MAMAMOO: THE BEST which featured new versions of their songs. The LP also included a sweet title track “mumumumuch” that is dedicated to the girl group’s beloved MOOMOOs.

Hwasa has also been busy with reality show Home Alone (I Live Alone), where she is part of its regular cast.

PENTAGON’s Jinho To Be Discharged From Military Service